This MRI scan of mother and child photoshopped, does not show burst of love hormone

A graphic with a scan of two humans in profile has been doing the rounds on Facebook in South Africa.

The scan appears to show an adult and a child in a close embrace.

Text in the graphic reads: “This is the first MRI of a mother kissing her baby. Her kiss has caused a chemical reaction in her baby’s brain that released a burst of oxytocin (a hormone that produces feelings of affection and attachment).”

A Magnetic Resonance Imaging, or MRI, machine uses a magnetic field and radio waves to create images of the inside of the body. The machines are large and usually tube-like, and patients have to keep still while the image is created.

Oxytocin is a hormone produced in the part of the brain called the hypothalamus. It aids in childbirth and is also released when we fall in love or have sex. It is sometimes called the “love drug” or “love hormone”.

But does this image really show the chemical reactions in the brains of a mother and child, taken by MRI? 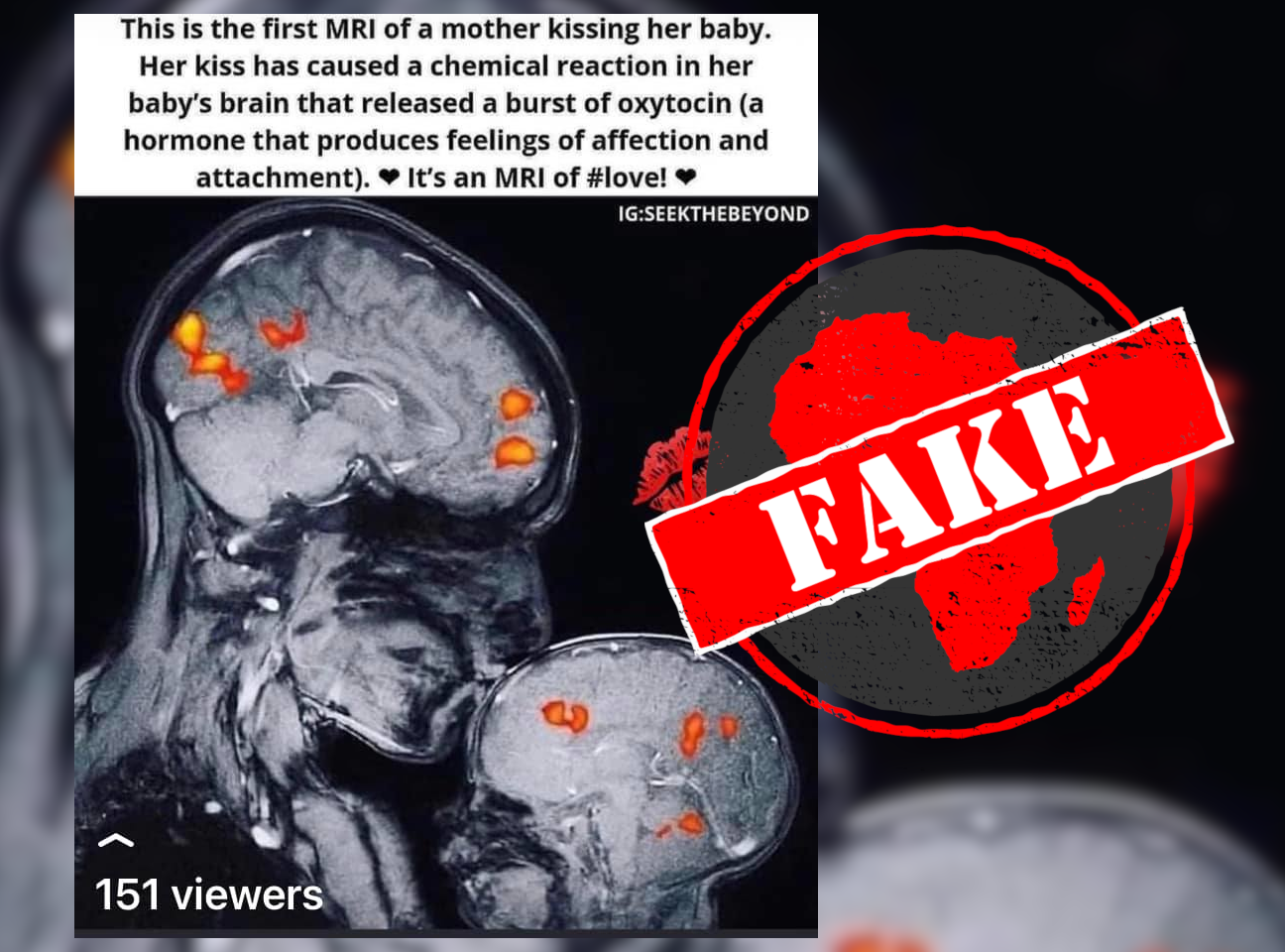 ‘One of the oldest images, made new’

A Google search for “MRI mother kissing baby” led to a 2015 article by Rebecca Saxe, a cognitive neuroscientist at US university the Massachusetts Institute for Technology (MIT).

The same image as in the Facebook post appears in the article, but without the yellow and red bright blots on the brain.

Saxe writes that in her lab at MIT they “use MRI to watch blood flow through the brains of children” but that this particular image was “not made for diagnostic purposes, nor even really for science” – and that the scan shows her and her infant son.

Saxe gave a TEDx Talk about her research in 2016 and gave more details about the study on Twitter in 2019.

She tweeted that she had thought it might be “amazing” to see an MRI of herself and her infant, “a mother and child, one of the oldest images, made new” and that the images “have nothing to do with oxytocin, hormones, kissing, or breastfeeding”.

The graphic shared on Facebook has been photoshopped to add bright red and yellow blots.