Posted on 4 February 2022, the graphic is headed “Raila Vs Mudavadi performance per county in 2013 polls” and carries the logo of the Star, a Kenyan news outlet.

According to the graphic, Mudavadi beat Odinga in four of the five counties – Trans Nzoia, Bungoma, Kakamega, Busia and Vihiga. Odinga only won Bungoma county, where he garnered 185,419 votes to Mudavadi’s 107,868.

Western Kenya is dominated by the Luhya community. Mudavadi is considered the region’s kingpin.

But are the graphic’s election results correct? We checked. 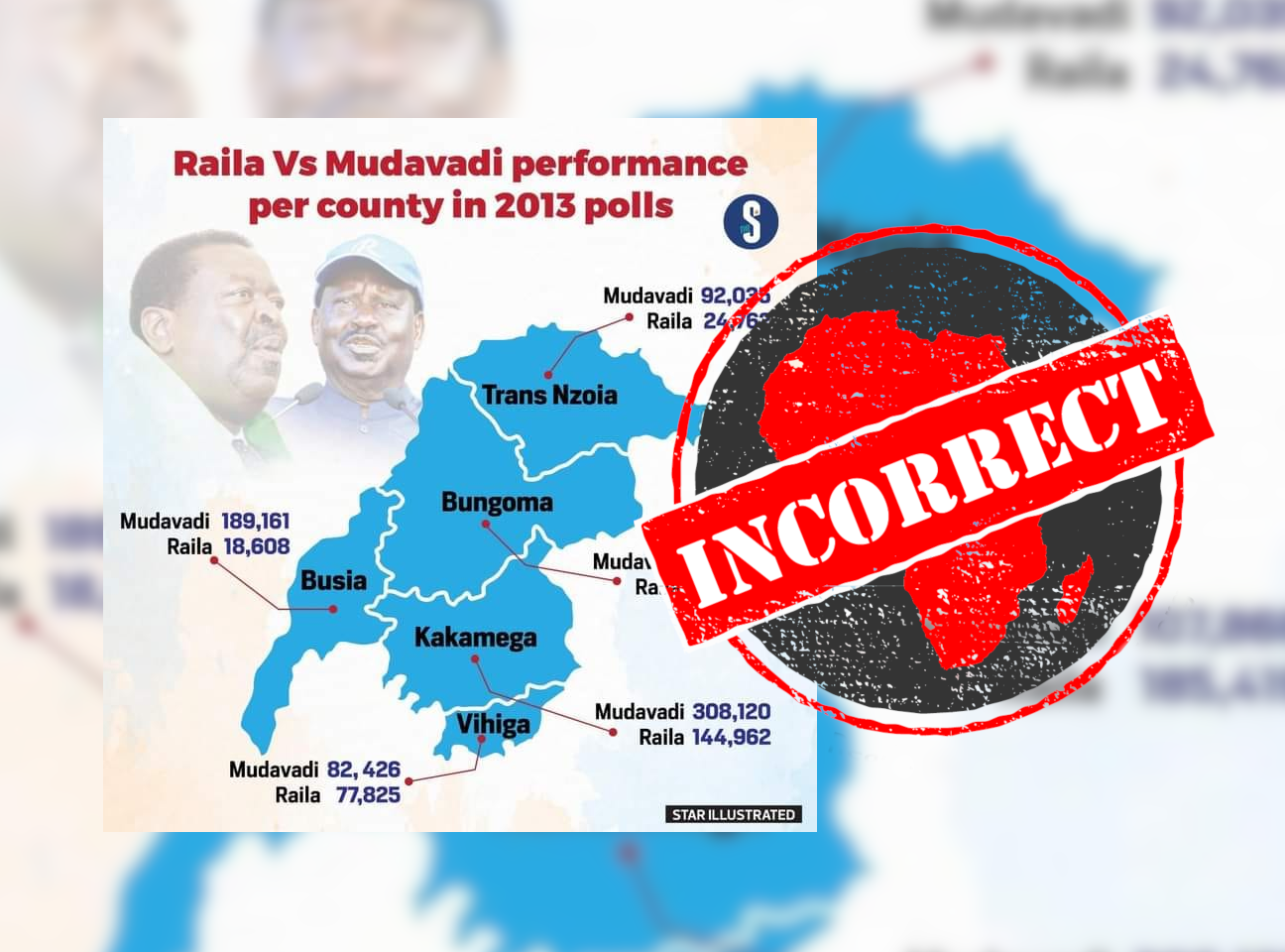 The graphic was published by the Star on 4 February, but it mixes up the figures for Mudavadi and Raila.

The news outlet later corrected its report, saying: “The mix up happened at the data preparation stage. We apologise for this. Here is the correct data as per the IEBC records.”

We checked the Independent Electoral and Boundaries Commission (IEBC) website and found the correct figures.

Mudavadi vied for presidency for the first time in 2013, while it was Odinga’s third attempt. IEBC data shows that Odinga defeated Mudavadi in four of the five counties in the graphic. He lost in Vihiga county.