Mugging on city street filmed in South Africa, not Kenya

A video of four men mugging another man at night on a city street was posted on Twitter by a user based in Nairobi, Kenya, on 15 August 2021.

“It's so bad sir please, police officers should patrol in CBD it's day time Tunataka [we want] peace and we love our country,” the tweet reads.

It was directed at Hillary Mutyambai, Kenya’s inspector general of police.

But was it? We checked. 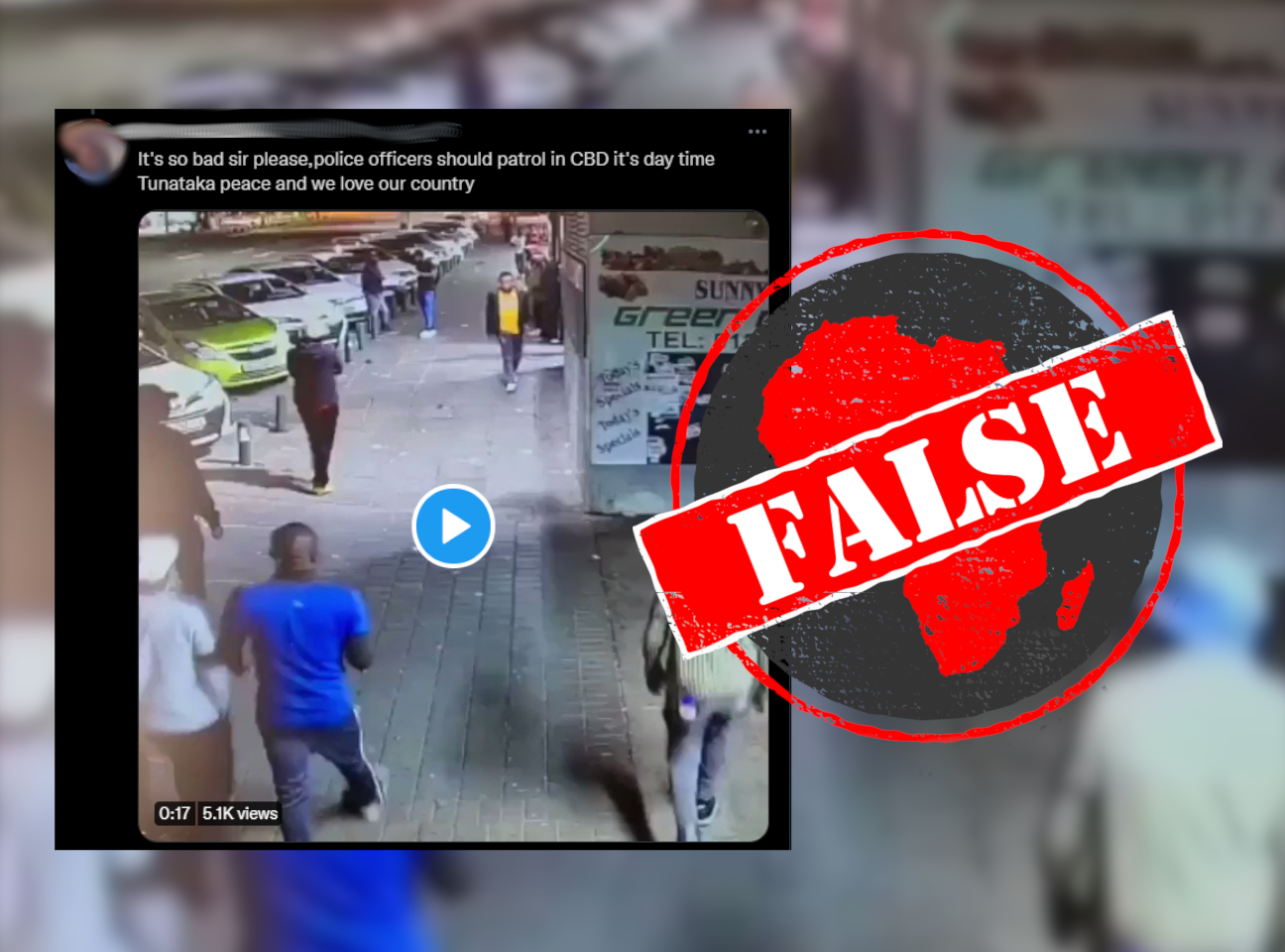 Another search for the store name led to a news article published by Opera news on 10 August. According to the article, the mugging took place in Sunnyside, a suburb of Pretoria, in South Africa’s Gauteng province.

The article links to a video posted on Facebook by South Africa Daily on 8 August, identifying the location of the clip as Sunnyside, Pretoria.

The mugging was in South Africa, not Kenya.