A screenshot of what appears to be a post by Emoo FM, a radio station in Kenya broadcasting in the Kalenjin dialect, has been shared on Facebook.

Mutai is running for governor of Kericho county, northwest of the capital Nairobi, in the August 2022 general election.

Party primaries are set to take place on 26 May to select candidates for election.

But did Emoo FM report this? 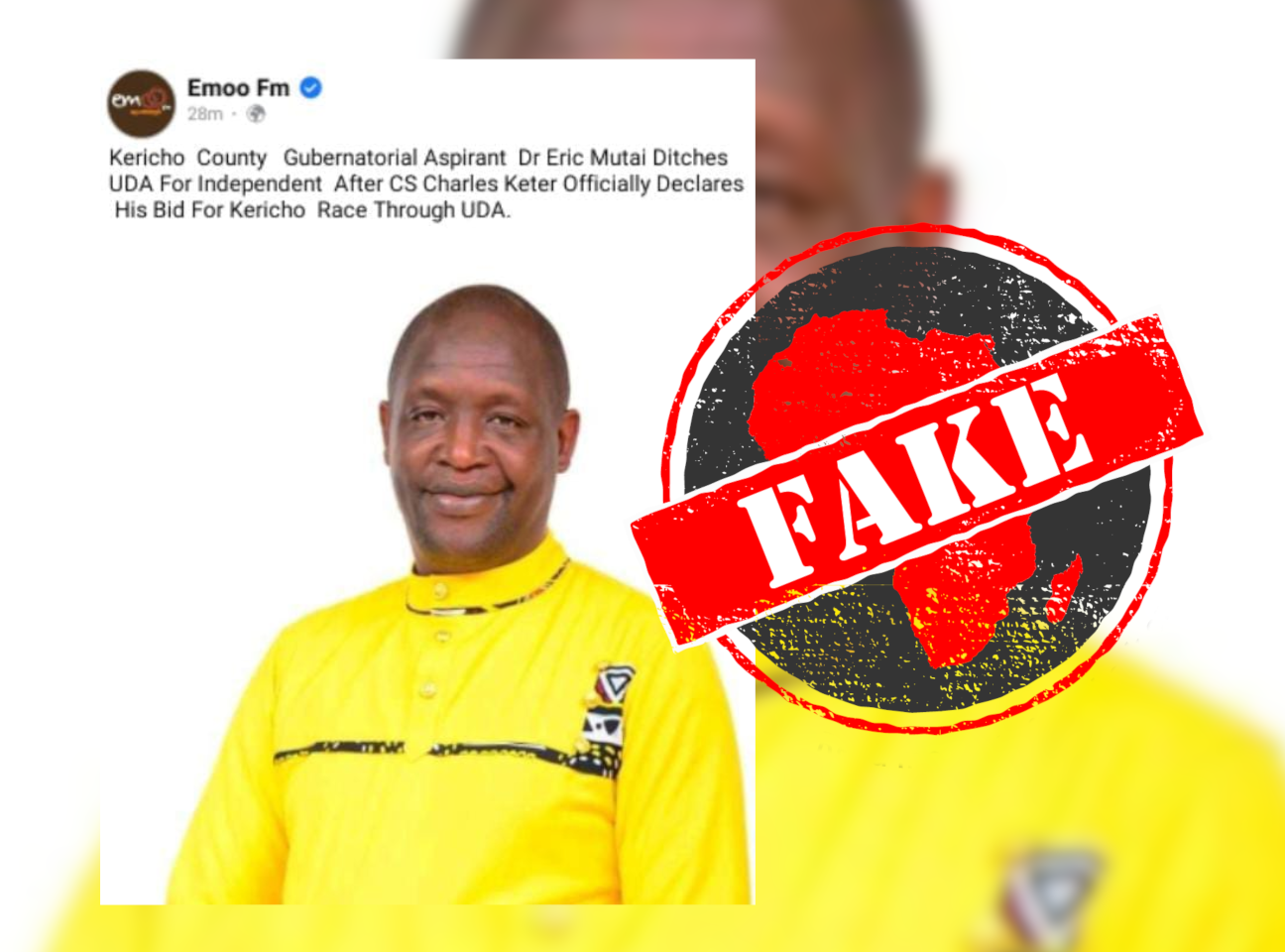 However, we found a post where Emoo FM dismissed the screenshot. The radio station wrote: “Fake news alert, be aware!”