A tweet with three photos suggests Nigerian president Muhammadu Buhari’s visit to Sokoto, capital of Sokoto state in the far northwest, on 27 January 2022 was to show support for Bola Tinubu, the national leader of Buhari’s All Progressives Congress (APC).

Earlier in the month, Tinubu declared that he would run for president in the 2023 general elections.

The first photo shows Buhari stepping down from an aircraft. The second and third are of massive crowds filling a wide road, with campaign posters bearing Tinubu’s face on the street poles.

Several political parties and politicians have already begun campaigning for the elections, but are the photos authentic? We checked. 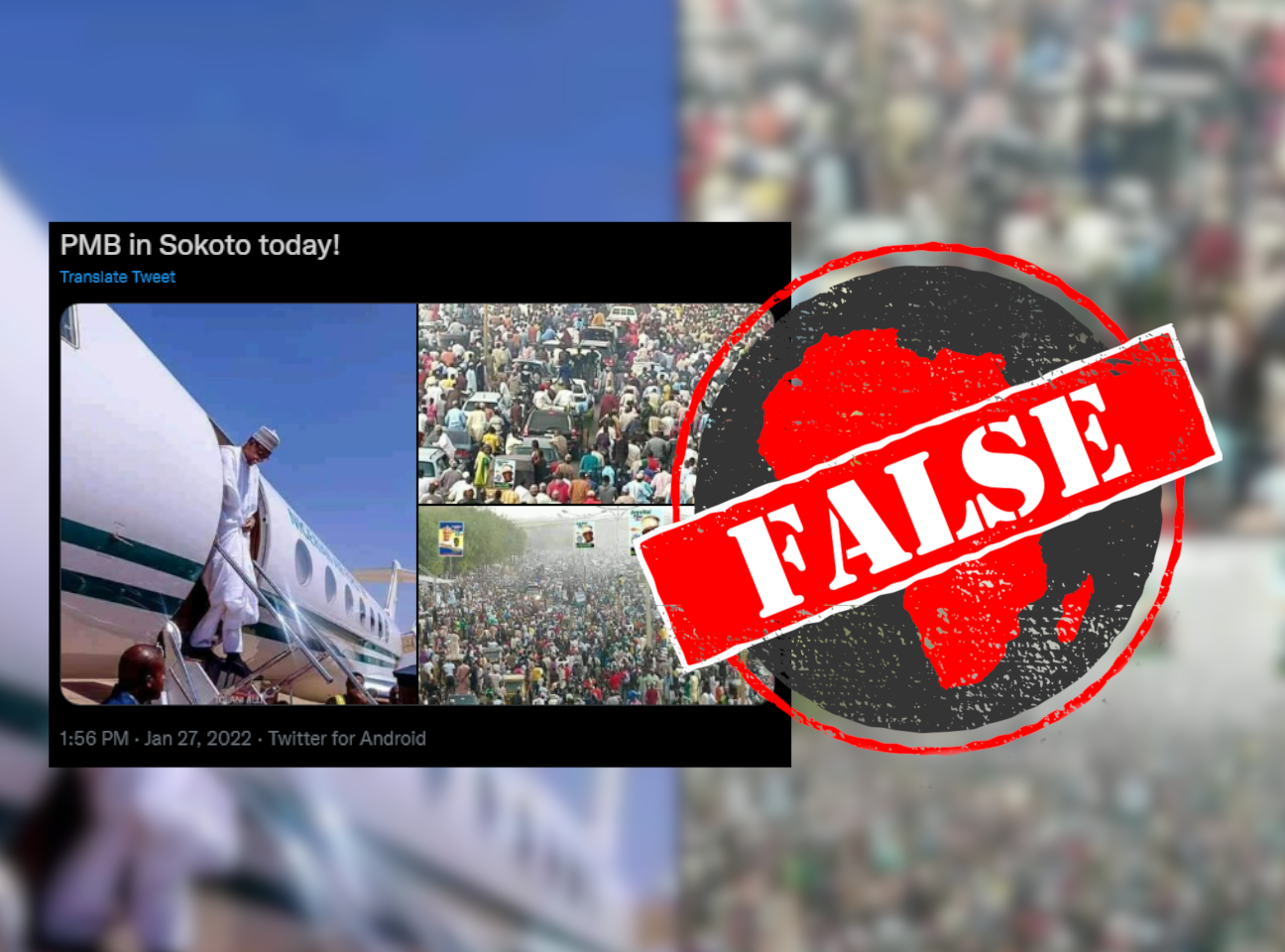 Buhari was in Sokoto on 27 January to commission the 3 million metric tonne BUA cement factory in Kalanbaina, in the Wamakko Local Government Area.

He also visited the Sultan of Sokoto, Muhammad Sa’ad Abubakar III, in his palace, where he spoke out against the recent banditry that had cost lives and property in Sokoto.

Using Google reverse image search, we discovered that the first photo is not recent. The earliest online version we could find is from a 9 April 2018 article in the Sun, headlined: “Presidency says it has not approved $1 billion for military equipment.”

More reverse image searches reveal that the second and third photos are also years old, and have been digitally altered, as other social media users have highlighted.

They actually show crowds out on the street to greet former Sokoto governor Aliyu Wamakko during his visit to the state on 4 August 2018.

Wamakko tweeted one of the photos on the day. No election posters can be seen – they have been added to the images in the 2021 tweet.

Senator Wamakko in a mega rally in sokoto. pic.twitter.com/EPX0hxZXFm

At the time, the Cable news website published several photos of the Wamakko’s visit – under the headline “Massive crowd as Wamakko tests APC’s popularity in Sokoto” – and other photos circulated widely on Twitter. Again, there are no election posters in the photos.

All three photos date back to 2018, and two have been photoshopped.