Nigeria’s labour and employment minister, Chris Ngige, has boasted about his “very good role” in the rearrest of Nnamdi Kanu, the leader of the Indigenous People of Biafra (Ipob), a Facebook post claims.

“I played a very good role to bring Nnamdi kanu back to Nigeria am happy today,” the 27 July 2021 post reads. It includes a photo of Ngige talking to the press.

As Ipob’s leader, Kanu has led a movement demanding the secession of Nigeria’s southeast region as Biafra. In June 2021 he was arrested abroad and brought back to Nigeria. The arrest came nearly four years after he fled the country in October 2017.

The month before, soldiers raided Kanu’s home in Abia state in the southeast. His arrest was on an 11-count charge that included terrorism, treasonable felony, managing an unlawful society, defamatory publications, illegal possession of firearms and more. He was granted bail for medical reasons, and then disappeared.

In October 2018, a year after his disappearance, Kanu resurfaced in Israel. While in exile, he continued his campaign for an independent Biafra, mostly on social media. He was seen in a few countries before he was intercepted and flown back to Nigeria in June 2021.

Some of the comments in the Facebook post refer to Ngige with unprintable names, an indication some users believe the post is true. But it has been flagged as possibly false.

Did Ngige really say he was “happy” with his “very good role” in bringing Kanu “back to Nigeria”? 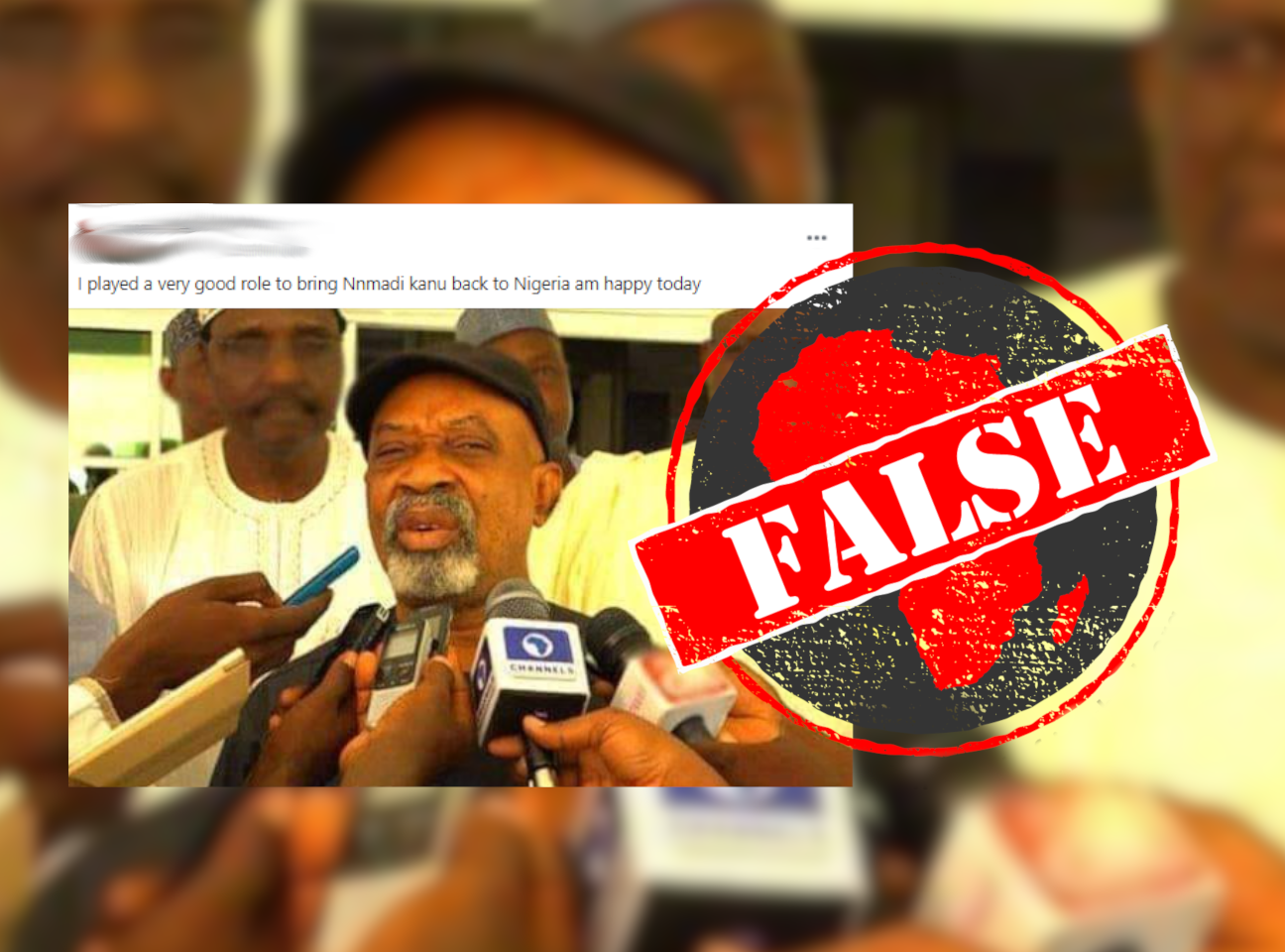 In June 2021, the minister dismissed Ipob’s claims that he was involved with Kanu’s controversial rearrest.

And a press statement released by Ngige’s media office on 17 July said the minister was too busy and “lacks the time to meddle into security and diplomatic matters”, which “clearly fall within the mandate of the Nigerian security and national intelligence agencies”.

There is no evidence Ngige boasted about playing a role in the rearrest of Kanu.