Three photos that seem to show a young girl shouting at a soldier starting doing the rounds on Facebook in South Africa in late February 2022, soon after Russia launched a full-scale invasion of Ukraine.

“WHAT A BRAVE LITTLE WOMAN,” the caption reads. “An 8 year Ukrainian girl confronts a Russian soldier telling him to go back to his country. This is courageous. Brave Girl…”.

One of the posts with the photos and caption was viewed more than 2.5 million times in just 24 hours.

The invasion is a massive expansion of Russian military action in Ukraine, an eight-year war that started in 2014 and has reportedly claimed many thousands of lives.

But do the photos really show a Ukrainian girl confronting a Russian soldier during the 2022 invasion? We investigated. 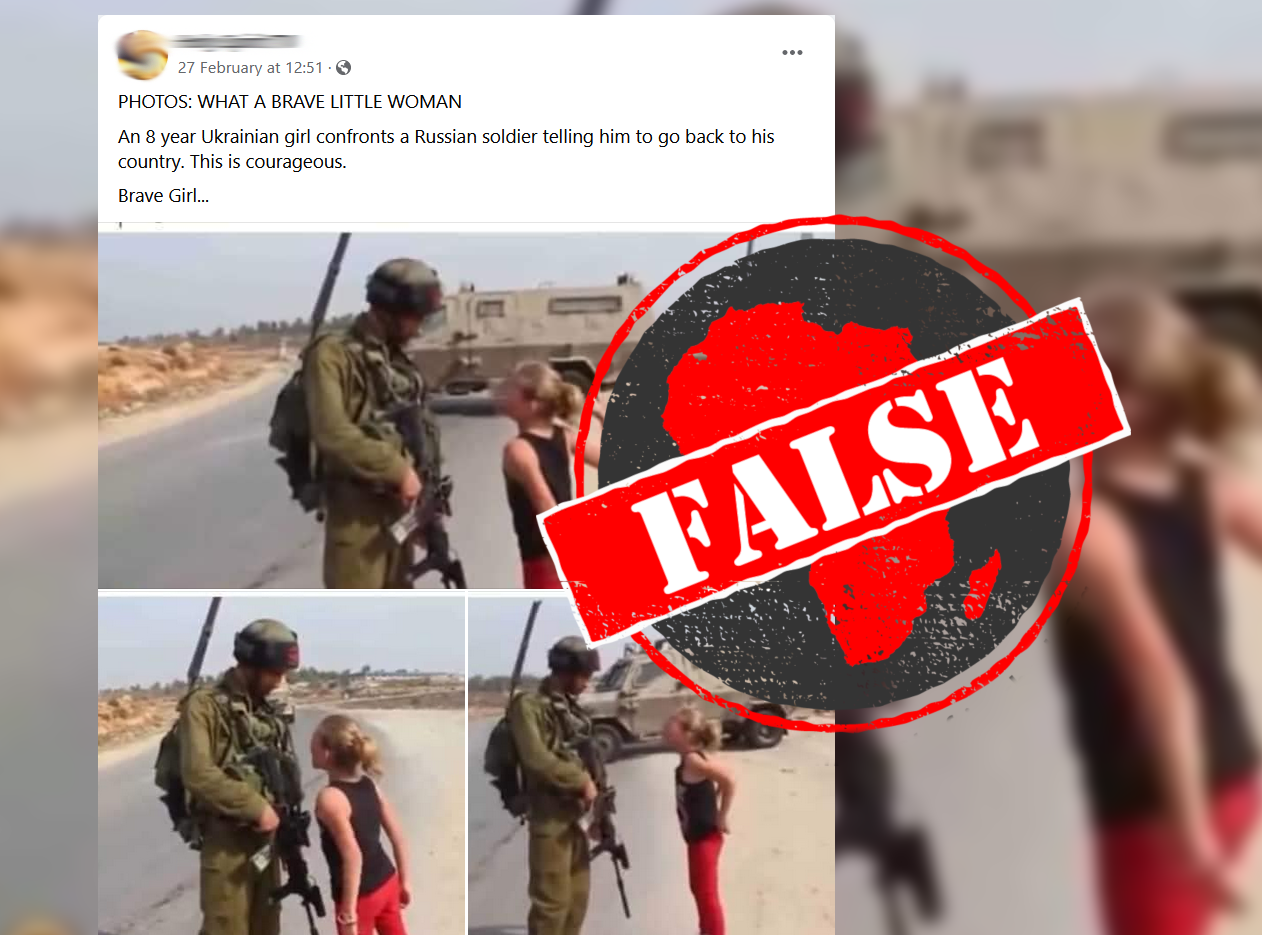 The claim has a few red flags, pointed out by Facebook users in the post’s comments.

When the invasion started it was still winter in Ukraine, with cold and snowy weather. But the landscape in the photos is dry and desert-like. And the little girl is wearing a tank top and leggings, not winter clothing.

And the soldier’s uniform is from the Israeli army. It’s not the uniform worn by invading Russian soldiers.

In the video’s comments, several users said the girl was Palestinian, not Ukrainian, and the soldier Israeli. One user named the girl as Ahed Tamimi.

Ahed Tamimi is well-known for confronting Israeli soldiers. The Atlantic reports that she has “faced a dozen charges from Israeli authorities after a video of her slapping and kicking an Israeli soldier stationed outside her home”.

One of the photos appears in a 2018 Sky News article. Here its caption reads: “Ahed first came to international attention in 2012, when at the age of 11 she confronted an Israeli soldier who was twice her size.” The 2012 incident has been widely covered.

The Islam Times reports that the old footage of the confrontation has been shared on several social media platforms “under the false claim that she is a Ukrainian girl standing up to a Russian soldier”.