No, Airtel Uganda did not lose USh4.1 billion as it transferred its mobile money business to a separate entity

A post shared on a public Facebook group with over 200,000 members claims that criminals in Uganda stole USh4.1 billion as Airtel, a telecommunications company, separated and transferred its mobile business to a separate entity. 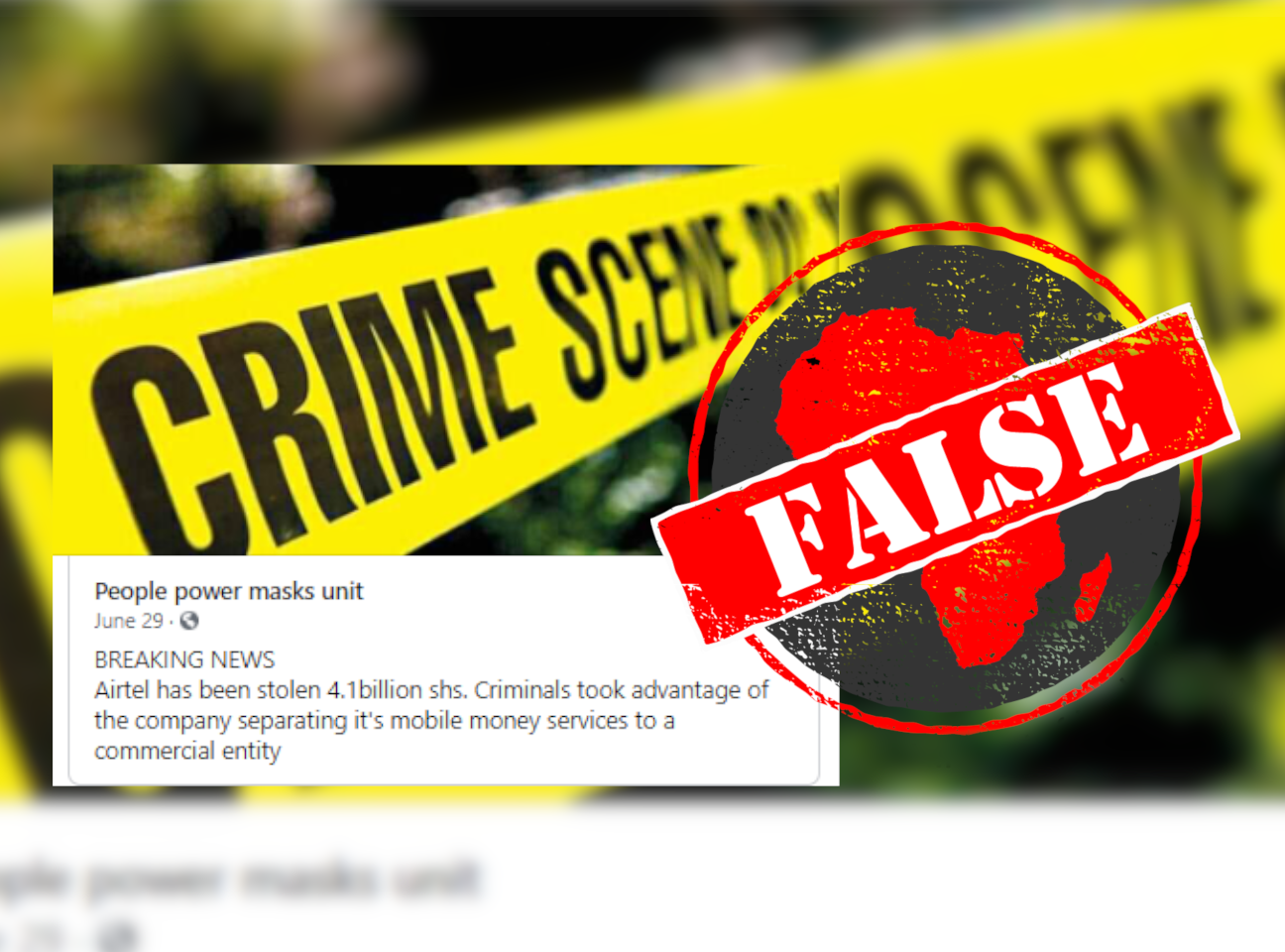 On 23 June 2021, Airtel Uganda issued a public notice announcing the separation and transfer of its mobile money business from the telecommunications company to a separate entity.

The public notice reads: “We have separated and transferred the Airtel Money Business to our sister company, Airtel Mobile Commerce Uganda Limited (AMC Uganda) in compliance with the mandatory requirements of a new law, the National Payment Systems Act, 2020.”

It goes on: “Under this Law, Airtel is required to separate Airtel Money from the Telecom services. Going forward, our affiliate company, AMC Uganda, will continue the provision of Airtel Money Services to the registered subscribers of Airtel Uganda Ltd. On the same terms and conditions and compliance with law and the directives of Bank of Uganda.”

While it is true that the Airtel money business has been transferred to AMC Uganda, did the company lose USh4.1 billion to criminals?

Airtel Uganda through their official Twitter account shared the circulating screenshot stamped “FAKE” in red along with a caption that reads: “Fake.”