No, Ali-Keffi is not Nigeria’s new chief of army staff

It includes a photo of Danjuma Ali-Keffi, who is a major general in the country's army.

But has Buhari really appointed Ali-Keffi as the new army chief? We checked. 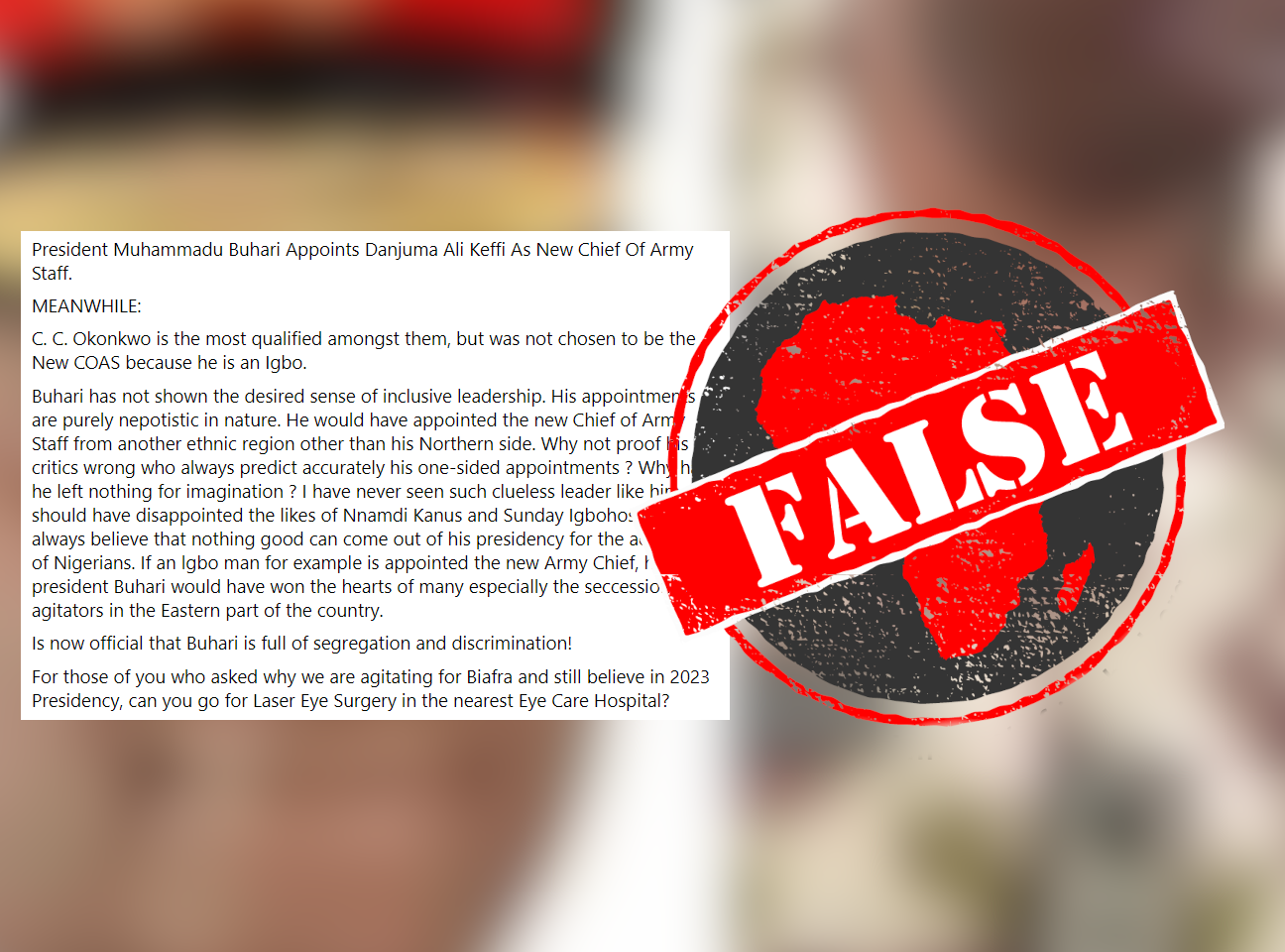 On 21 May, the Nigerian army announced the death of lieutenant general Ibrahim Attahiru, chief of army staff. He was killed alongside ten other officers in an air crash in Kaduna in northwestern Nigeria

A week later, on 27 May, Buhari appointed Farouk Yahaya, a major general, as the new chief of army staff.

Before his appointment Yahaya was the commander of an army division and responsible for counter terrorism and fighting insurgency in northeastern Nigeria.

Ali-Keffi is the general officer commanding of the 1 Division of the army in Kaduna. He was not appointed chief of army staff.