“JUST IN: Notorious kidnapper, Evans, Sentenced To Death By Hanging,” begins a message posted on Facebook on 25 November 2021.

“Chukwudubem Onwuamadike, commonly known as Evans Kidnapper, is a notorious criminal who is known all across Nigeria for kidnapping important Nigerians and demanding ransom. He first became known to the common public when the police issued a warrant for his arrest back in 2013.”

Onwuamadike is an alleged kidnapper who pleaded guilty to conspiracy and kidnapping in Ikeja High Court of Lagos state, southwestern Nigeria.

He and five others were arraigned on a two-count charge of conspiracy and kidnapping.

The post includes a photo of Onwuamadike in handcuffs, escorted by security officers.

But was he sentenced to death by hanging in late November? 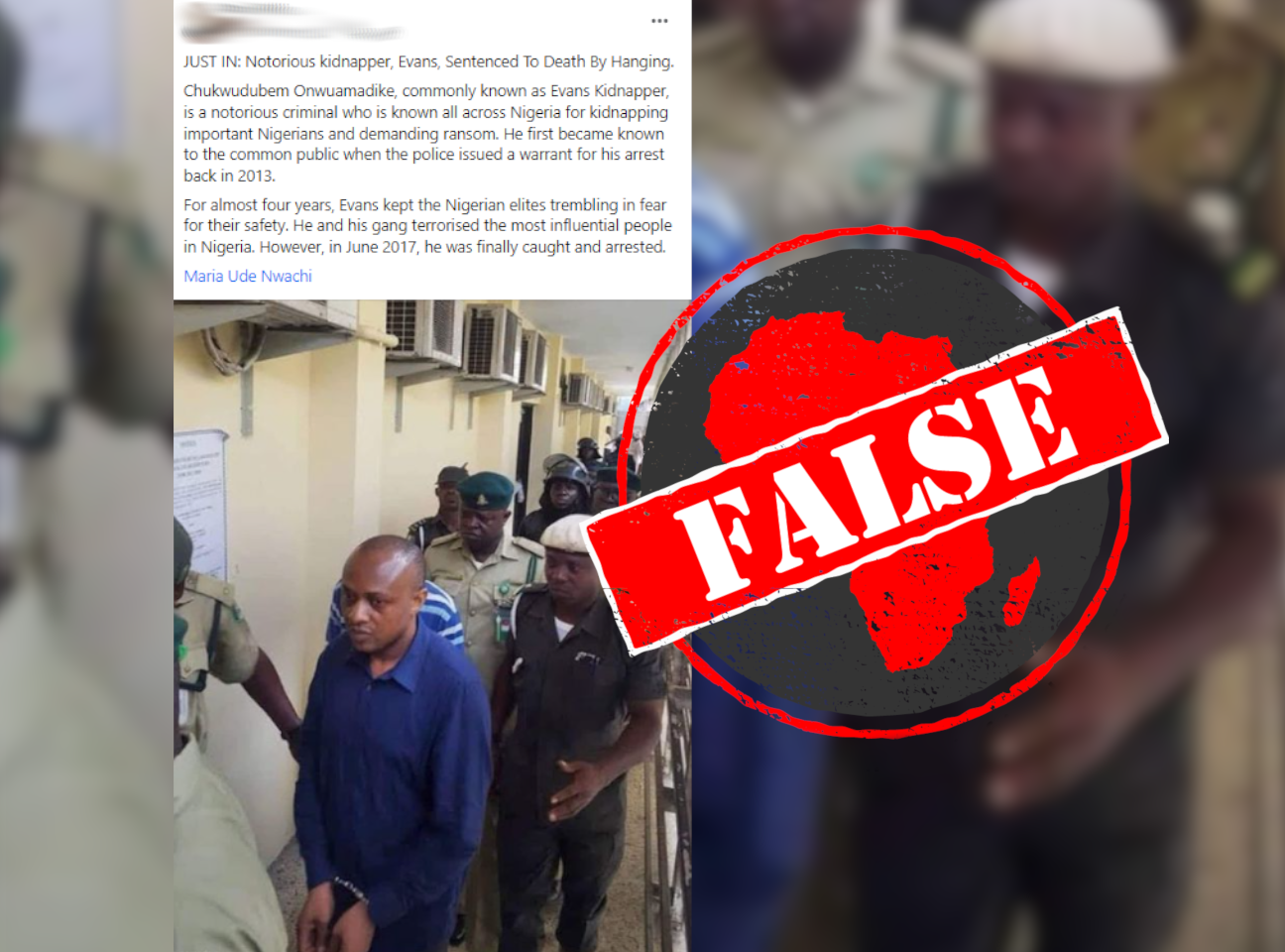 Case adjourned, no verdict or sentence yet

The most recent news on Onwuamadike’s trial is that the case was adjourned to 17 December for a hearing.

Justice Oluwatoyin Taiwo of an Ikeja Special Offences Court granted permission to two witnesses to testify online after the prosecutor from the Lagos State Ministry of Justice explained that his witnesses refused to physically testify in court, fearing for their safety.

There have been no credible media reports of a verdict – let alone a sentence of death – in Onwuamadike’s case.