“BREAKING! MALAMI NIGERIA ANTHONEY GENERAL TO BE SÀCKÈD,” is the title of a video posted on Facebook in November 2021.

The nine-minute video has been watched more than 47,000 times so far.

The video shows photos of Nigeria’s attorney-general Abubakar Malami, who doubles as the minister of justice.

But is Malami really about to lose his job? 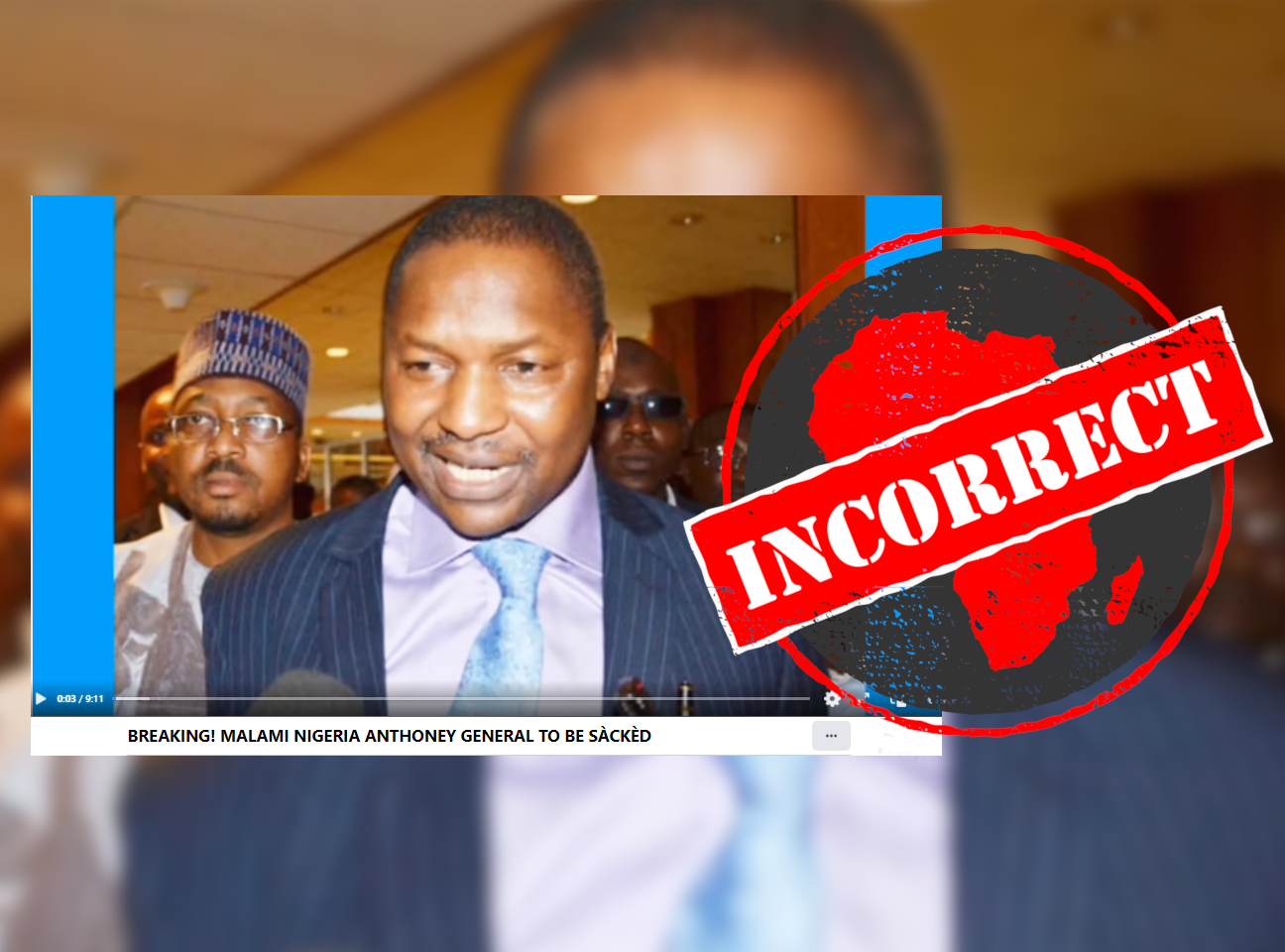 The Middle Belt United Assembly, a political grouping in Nigeria,  has indeed written to Buhari, demanding that Malami should be sacked, according to news reports.

But the presidency has made no announcement of the attorney general’s firing. And given Malami’s prominent position, this would have made national headlines. The media has not reported on this.

Malami continues to function in his official capacity.

On 6 December, he oversaw the inauguration of the virtual court at the Kuje Correctional Centre in the nation’s Federal Capital Territory of Abuja.