A Facebook post claims that the government of Benin has said it can no longer keep Sunday Adeyemi, a Nigerian separatist, in detention.

The Republic of Benin is Nigeria’s Western neighbour. Adeyemi, popularly known as Sunday Igboho, was arrested in July 2021 at the Cardinal Bernardin International Airport in Cotonou, Benin’s economic capital, weeks after he was declared wanted by the Nigerian authorities. He was reportedly fleeing to Germany.

Igboho has, amid ethnic tensions, led campaigns for the self-determination of the Yoruba people of southwest Nigeria. The Department of State Services charged Igboho and his associates with terrorism.

The post, published 5 February 2022, received over 2,000 reactions and was shared hundreds of times. It read: “Just In: We can no longer keep Sunday Adeyemi (Sunday Igboho) in our country because he has committed no crime in our country. Since the Nigerians Government refused to produce evidence against him, we are going to release him from our custody - Benin Republic Government says. Today.”

But is there any evidence that the Béninoise government has said it would release Igboho? 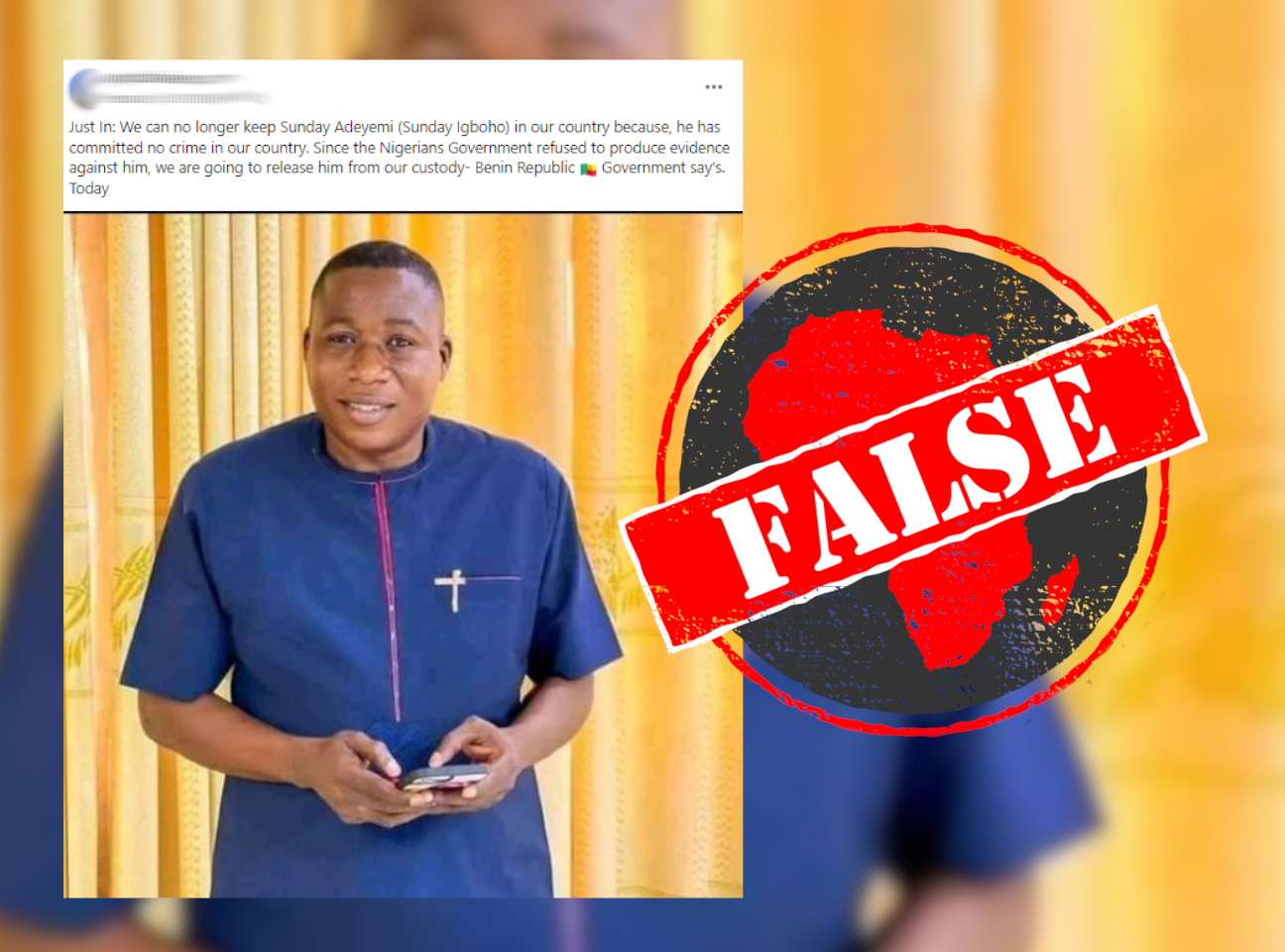 According to multiple media reports on 6 and 7 February 2022, Béninoise authorities extended Igboho’s detention by six months.

News that Igboho filed a suit against the government of Benin with the Economic Community of West African States’ Community Court of Justice in Abuja was also widely reported.

Igboho wants Benin to pay him US$1 million for violating his human rights.

According to media reports, the application was dated 10 February 2022.

It is implausible Igboho would file a suit against the Béninoise government days after it announced it would release him.

We found no evidence Nigeria’s neighbour has said it will release Igboho.