No, Bola Ahmed Tinubu, former governor of Nigeria’s Lagos state, is not dead

A message posted on Facebook in June 2021 claims that Nigerian politician Bola Ahmed Tinubu, a former governor of Lagos state, is dead.

Since he left office, Tinubu has been involved in politics by campaigning for the All Progressives Congress (APC), the political party of which he is national leader, and commenting on national issues.

Is Tinubu dead? We checked. 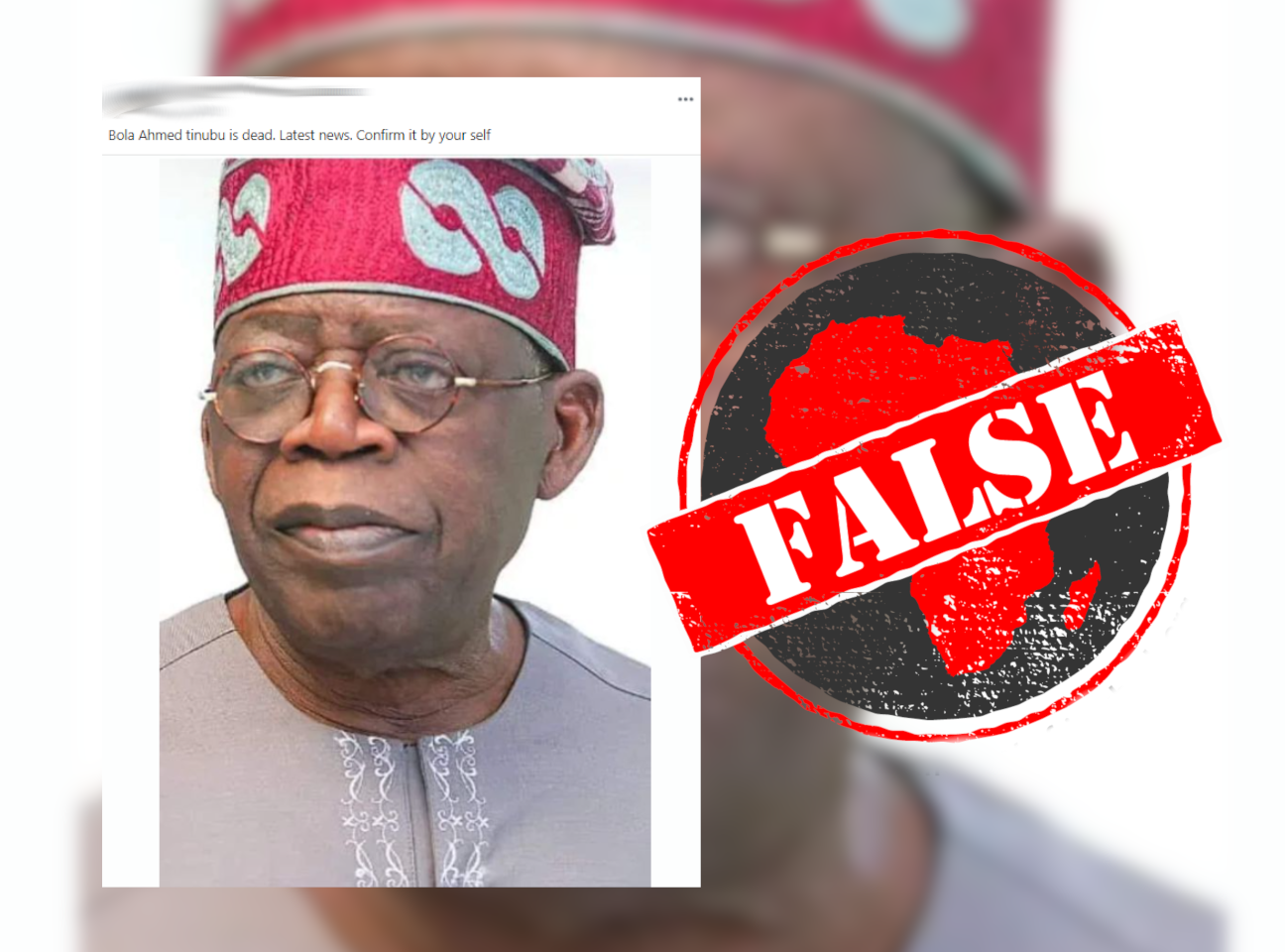 No news of death

Comments on the message say it is false. And Africa Check could not find any public record or report of Tinubu’s death.

There is no report of his death from his family, or from the APC.

Nigerian president Muhammadu Buhari, governors and ministers in the political party, would have also sent condolence messages to Tinubu’s family. They haven’t.