No, ‘breathing too many times a day’ doesn’t increase risk of heart attack – and report not by BBC

“Breathing too many times a day could raise your risk of a deadly heart attack,” reads the headline in a screenshot of what seems to be a BBC article, doing the rounds on Facebook in South Africa.

The screenshot carries the masthead of BBC News and shows a photo of a man clutching his chest.

Text below the headline reads: “Trial found that people who breathe more than 5 percent above the daily average had a rise in blood pressure and increased risk of myocarditis.”

Myocarditis is inflammation of the heart muscle. High blood pressure increases the risk of conditions such as heart disease, heart attack, kidney disease and stroke.

Africa Check has previously debunked several photoshopped articles, including ones supposedly by the BBC.

But did BBC News really publish this article? And does breathing “more than 5 percent above the daily average” really increase the risk of heart attack? 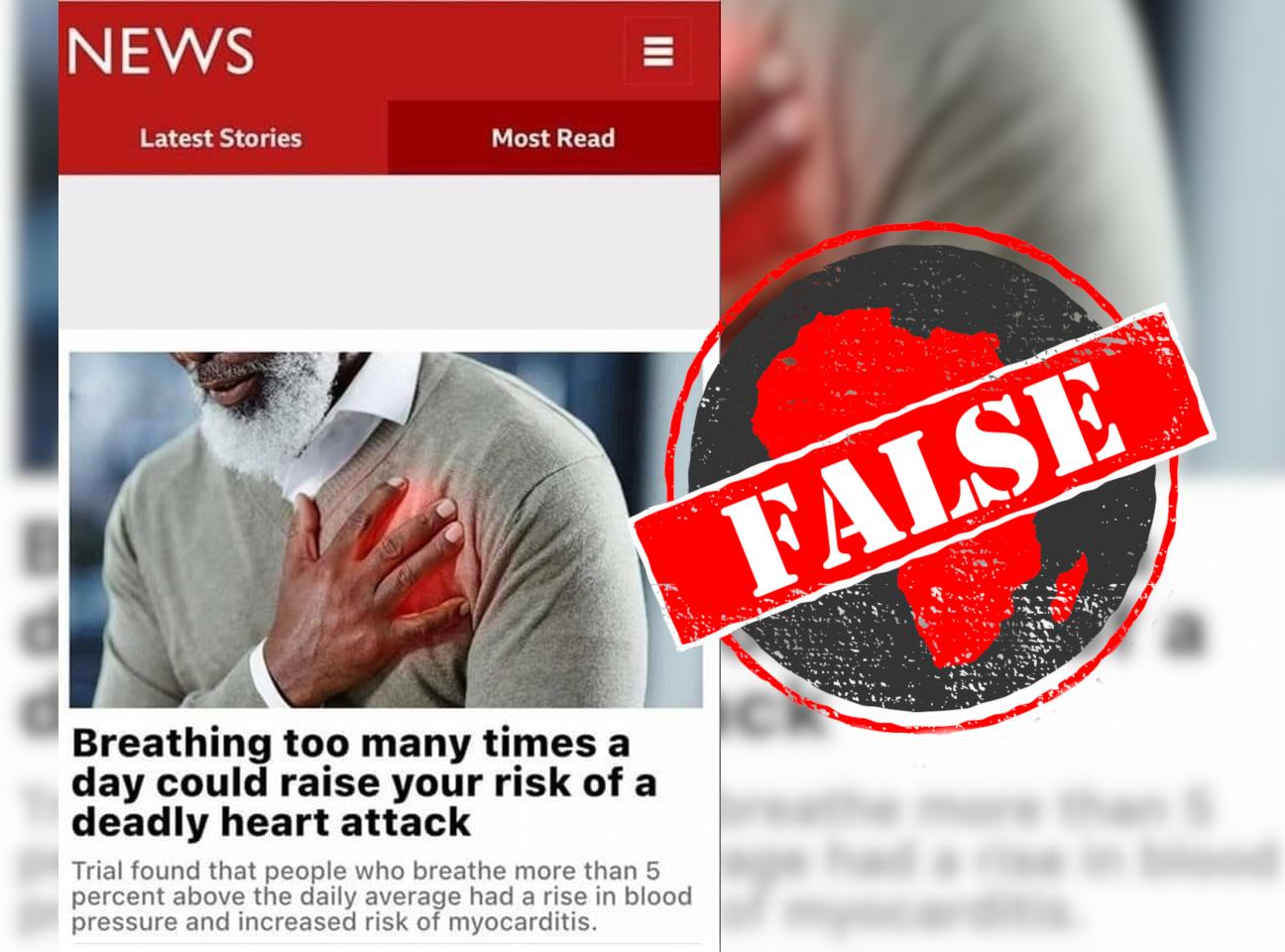 A thorough search of the BBC News website for an article with that headline returned no results. We could find no evidence that the BBC had ever published an article claiming that “breathing too many times a day can cause a heart attack”.

Mayo Clinic says that some of the symptoms of a heart attack include pressure, tightness or pain in your chest or arms, nausea, shortness of breath and fatigue.

The causes of heart attack listed on the clinic’s website do not include “breathing too many times a day”.

The claim has also been debunked by other fact-checking organisations.