No, Buhari has not asked the Nigerian military to prepare for war

An image circulating on Facebook appears to show Nigerian president Muhammadu Buhari telling the country’s military to “be prepared for war”.

The tweet reads: “We stand with Ukraine at this trying time really after speaking to President Biden on his plans, I have informed my military personals to be prepared for war! We will not let this slide.”

On 24 February Russia invaded its neighbour, Ukraine, and the violent conflict has since dominated world headlines.

But did Buhari tweet that he’d put the Nigerian army on high alert after speaking to US president Joe Biden? We checked. 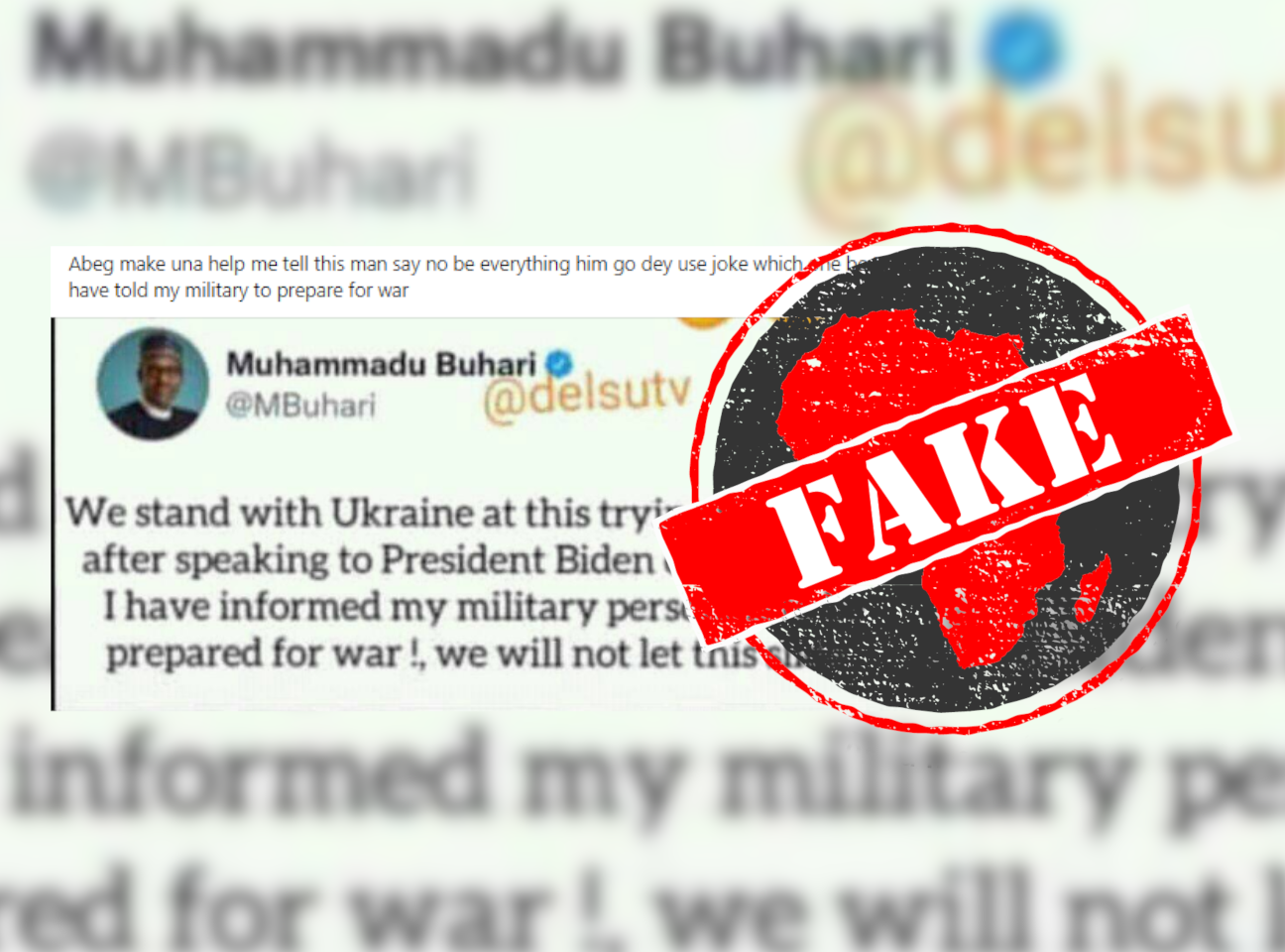 The ban was lifted on 12 January 2022, but the president has not tweeted since.

Another sign that the screenshot isn’t genuine is the many spelling errors, unlikely in communication from the president’s office.

There was no statement like it reported by the mainstream Nigerian media. All evidence points to it being fabricated.