No, Citizen TV’s Francis Gachuri not running for Kenyan parliament

A poster was shared on Facebook with a photo of Kenyan Citizen TV’s political editor Francis Gachuri. It suggests he is campaigning for a parliamentary seat in Kiambaa constituency, just northwest of Nairobi.

The poster appeared online following the death of member of parliament Paul Koinange on 31 March 2021. Koinange was buried on 3 April, at his home in Kiambaa.

The caption on one Facebook post reads: “Kiambaa people, get used to your MP. This time we are not laughing with anyone.”

Data from CrowdTangle, Facebook’s public insights tool, reveals that the poster has been shared in groups with large followings.

But is the poster real and is Gachuri running for MP? 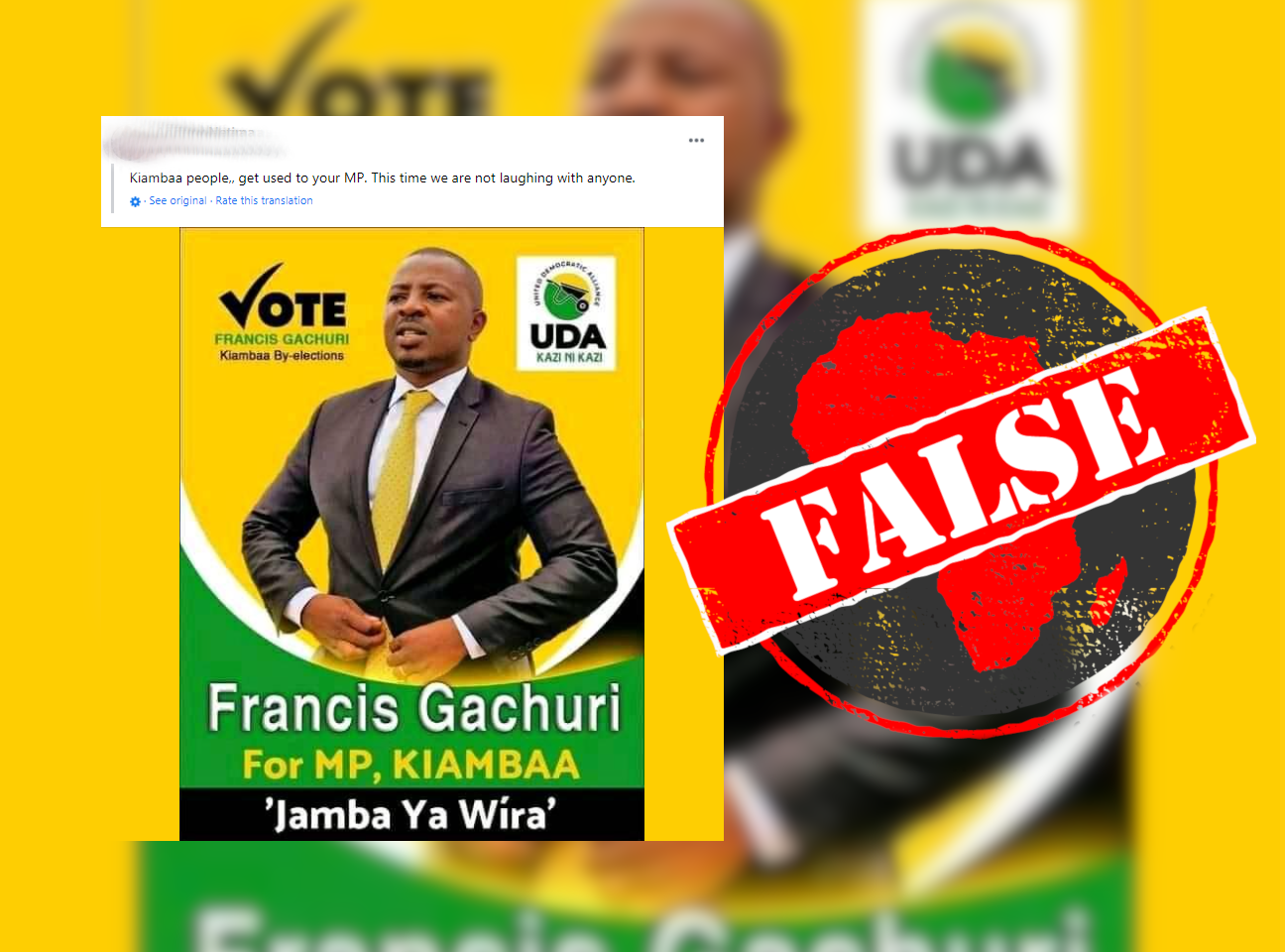 ‘I’m a journalist not a politician’

On 1 April in a programme on Citizen TV, the journalist dismissed the suggestion and said the poster was fake.

“The poster is classic fake news, crafted by kings and queens of fake news … it should be dismissed with the contempt it deserves,” Gachuri said.