“McDonalds and Coke have both announced no whites will be hired in top positions,” reads a screenshot of a Facebook status update, reposted on Facebook in South Africa on 30 March 2021. There’s no indication of whose update it is, or when it was made.

It was posted with the comment, in Afrikaans: “Is jy steeds lus vir 'n McDonald's burger en Coke. Indien wel, dan't jy ook mos nie 'n probleem met plaasmoorde ens nie?” This roughly translates as: “Are you still up for a McDonald’s burger and Coke? If so, then you don’t have a problem with farm murders, etc?”

The screenshot has also appeared on Facebook pages based in the US and UK.

Have McDonald's and Coca-Cola announced that they will not hire any white people for top positions? We checked. 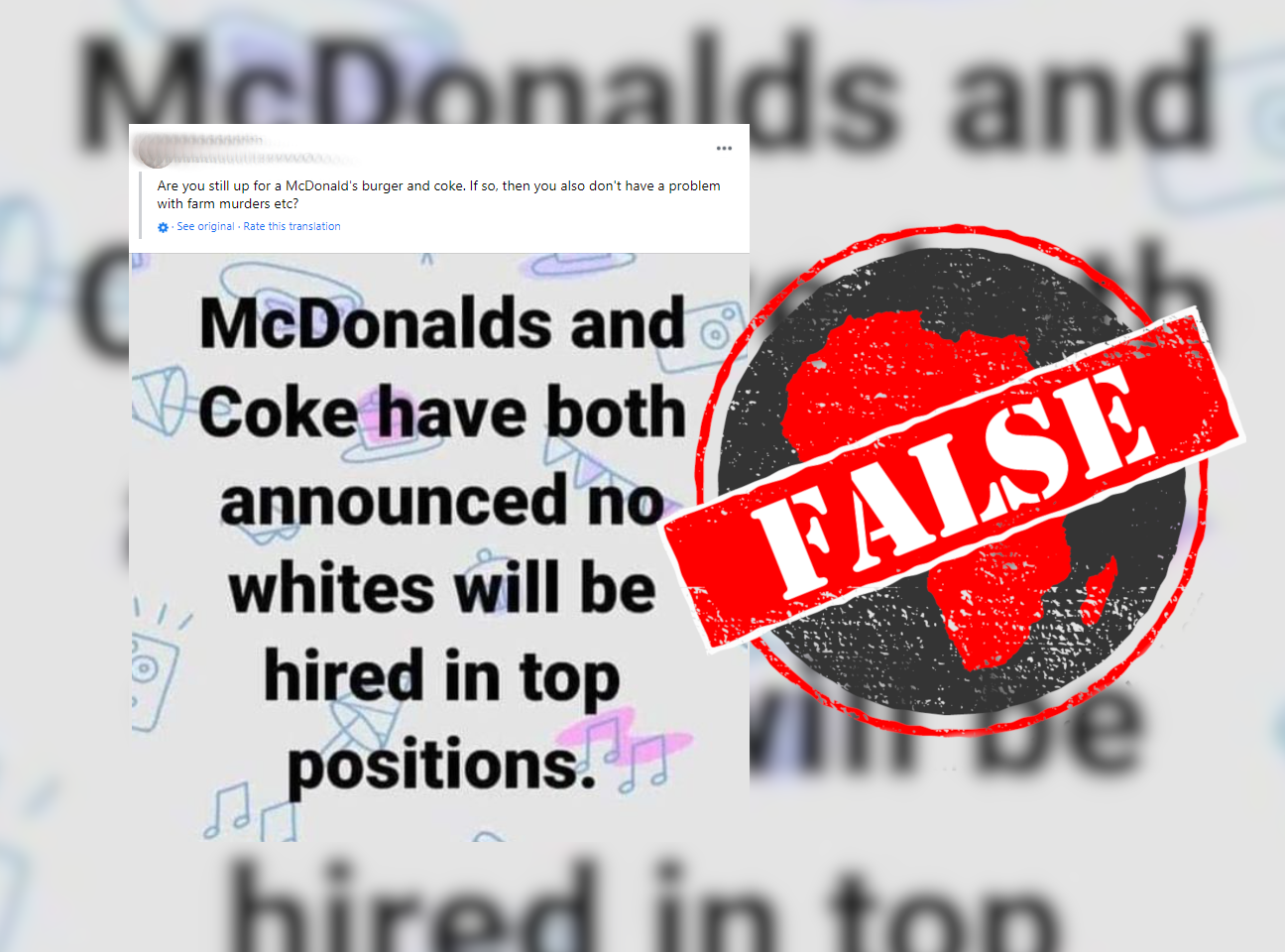 On 18 February, McDonald's published a press release announcing an initiative called “Allyship through Accountability” which aims to “represent the diverse communities in which we operate by increasing the  diversity of our leadership”.

The company aims to achieve gender parity in its leadership by 2030.

Data from 2020 indicates that 29% of the McDonald's leadership was made up of historically underrepresented groups, while women made up 37% of the company’s leadership positions.

But the press release does not say that the company will stop hiring white people for top positions.

Coca-Cola has announced a similar initiative to diversify their staff. The company committed to “mirroring the markets we serve” by ensuring the racial makeup of their employees across all divisions is aligned with US census data. This translates to a 13% Black, 18% Hispanic, and 6% Asian employees across all job levels by 2030.

Again, the press statement does not say that the company will stop hiring white people for top jobs.

The social media posts are false. Coca-Cola and McDonald's have not announced that they will no longer hire white people as senior staff.

No, Coca-Cola Kenya not hiring on Facebook page – it’s a scam

False! Coca Cola did not sell 25 bottles only in its first year of sales