A Facebook user shared photos of what he claimed showed emaciated and impoverished families in Eldoret town in Kenya, northwest of Nairobi.

“This is what the people of Eldoret East are going through, yet their great leader is running all over the country distributing lavishly his scandalously acquired money … Mr wheelbarrow charity begins at home,” the caption reads.

“Mr wheelbarrow” is a reference to deputy president William Ruto and the current “hustler-dynasty” debate in Kenya. Ruto has on several occasions distributed wheelbarrows to youth, claiming to support their efforts in looking for manual work.

The photos were also shared on a Kenyan Facebook group with over 160,000 members. 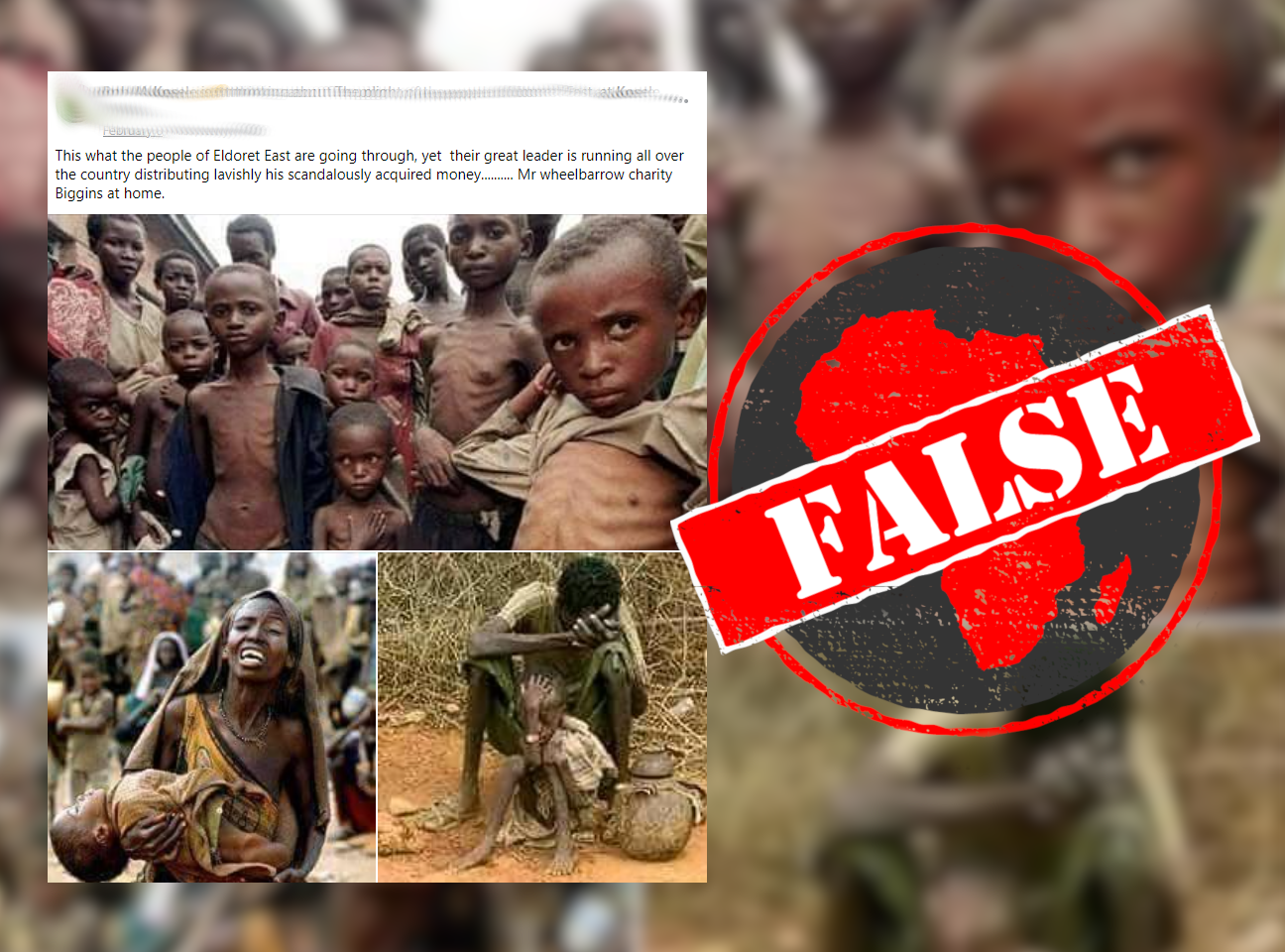 Photos from crises in DRC and Somalia

A reverse image search of the first photo reveals it was published by Reuters in 2013 and shows malnourished Rwandan refugee children in a camp in the Democratic Republic of the Congo.

The photo was captioned: “Severely malnourished Rwandan refugee children wait for food within a makeshift camp some 25 miles [40 kilometres] south of Kisangani.”

A reverse image search of the second photo shows it was taken in 1992. It shows “a woman holding her starving child at an International Committee of the Red Cross feeding center in Baidoa town, Somalia”.

A reverse image search of the third photo reveals it was also taken in Baidoa in Somalia. According to Getty Images, it shows a father and his son waiting for food at a feeding center on 9 September 1992.

These photos are distressing, but not from Kenya or taken in 2021.