No, EU delegation didn’t warn Ugandan opposition leader Bobi Wine against swearing himself in as president

The European Union delegation in Uganda has warned opposition politician Robert Kyagulanyi, known as Bobi Wine, against swearing himself in as president of the country.

At least, that’s according to a letter posted on Facebook on 30 April.

The letter carries the EU emblem, is addressed to Kyagulanyi, and appears to be signed by Attilio Pacifici, the EU head of delegation and ambassador to Uganda. It’s headed: “SUBJECT: PLANNED SELF-SWEARING IN”.

“The European Union has noted with concern your plans of swearing in yourself as president of Uganda on 11th May 2021, despite not being the democratically elected president,” it begins.

Ugandans went to the polls on 14 January. The country’s electoral commission declared incumbent president Yoweri Museveni the winner, with 58% of the vote. Kyagulanyi was reported to have received 35% of the vote.

Kyagulanyi challenged the results in court but later withdrew, claiming judicial bias. He instead called for peaceful protests against Museveni’s regime. Museveni was sworn in on 12 May.

The letter was posted on a Facebook page with more than 35,000 followers. But is it legit? We checked. 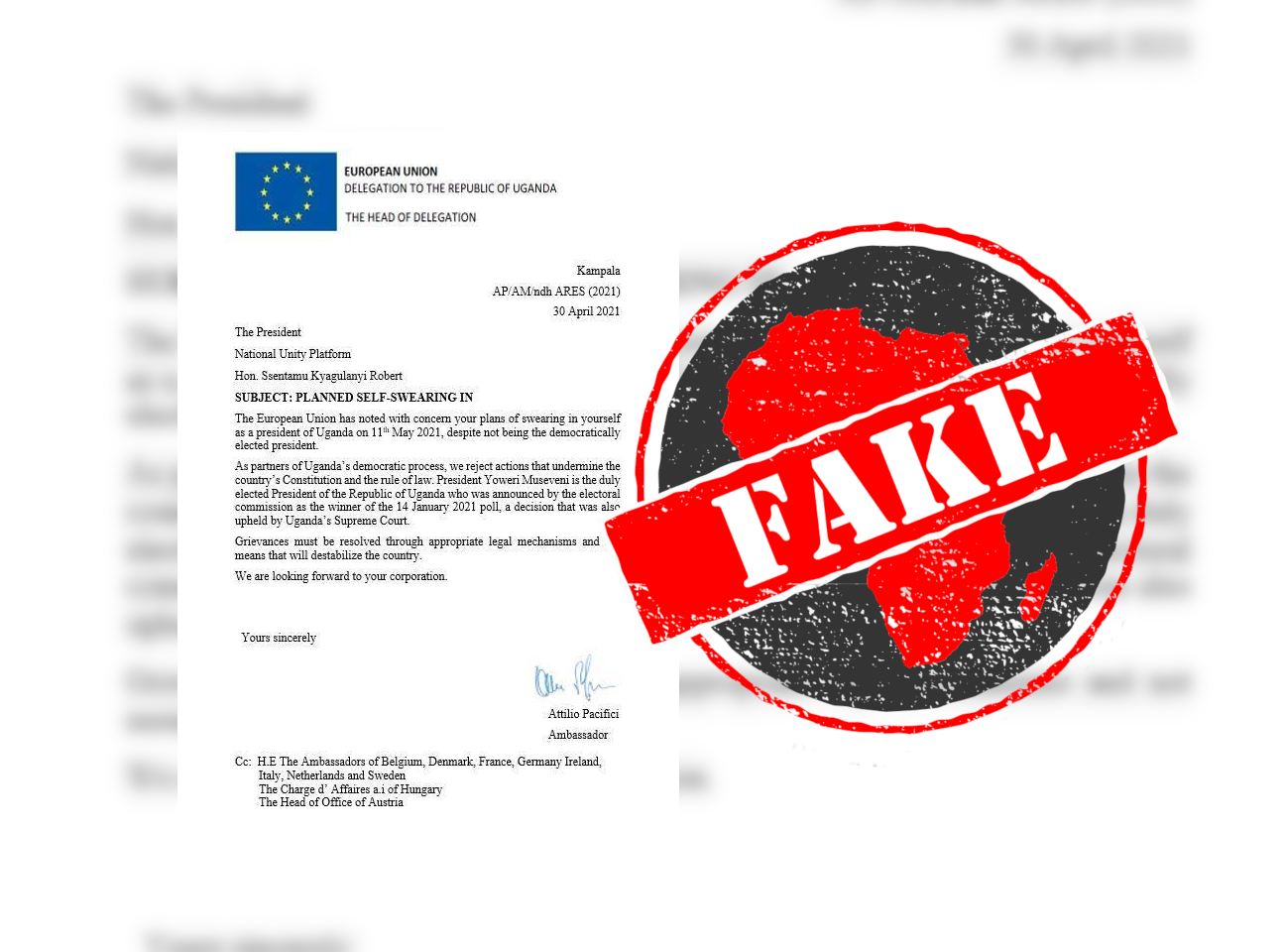 ‘Say no to #disinformation!’

On 30 April the EU in Uganda posted the letter of its verified Facebook and Twitter accounts, stamped “FAKE”.

Please disregard a fake letter circulating online allegedly written to @NUP_Ug President @HEBobiwine from the European Union Ambassador to Uganda @APacificiEU. This is the latest of many attempts at disinformation in Uganda. Say no to #disinformation pic.twitter.com/mWLkce2tEF