Has the European Union praised the Nigerian federal government for securing the release of children abducted by Boko Haram?

Following the release of hundreds of schoolboys abducted by the militant Islamist group in December 2020, Nigerian president Muhammadu Buhari’s personal aide, Bashir Ahmad, posted a comment by the “EU Human Rights Forum” on his Twitter account.

The 21 December tweet reads: “‘We commend President Buhari for the swiftness and efficiency with which the lads were rescued from their abductors. Such swiftness would have made all the difference had such occurred in 2014 when schoolgirls were similarly abducted from their school’ – the EU Human Rights Forum.”

Nigeria has faced security threats from Boko Haram for over a decade, with the group abducting civilians and soldiers. It kidnapped 276 schoolgirls in Borno state in 2014, known as the “Chibok girls”, many of whom remain missing.

On 11 December 2020, armed men kidnapped more than 300 schoolboys in the Kankara district of the northwestern state of Katsina. A few days after the abduction, Boko Haram claimed responsibility for the kidnapping and a week later the government secured the release of the boys.

The quote tweeted by Bashir Ahmad was reported by many other Nigerian online news outlets, like The Sun, The Independent, Blue Print, and Legit NG.

Here the quote was attributed to “Joseph Cullen”, identified as a “special rapporteur, Lake Chad/West Africa” for the European Union Human Rights Forum. 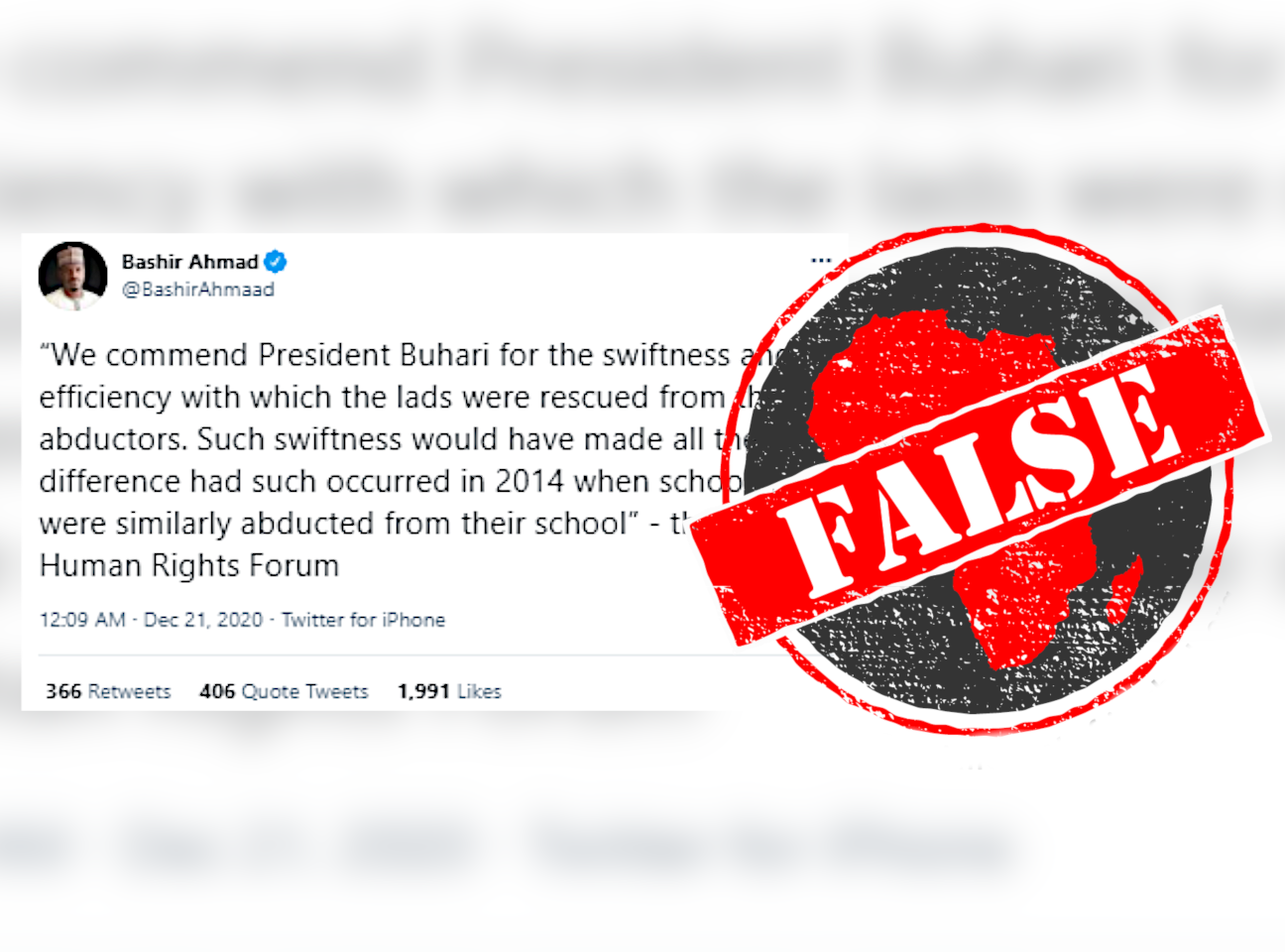 No such EU group exists

Africa Check could find no trace of “special rapporteur” Joseph Cullen online. There is also no public record of an EU agency called the Human Rights Forum.

The group is not among EU institutions and bodies listed on its website.

When fact-checking organisation AFP Fact Check contacted the European Commission, the EU’s executive body, it dismissed the claim as false.

“This was misinformation and no such organisation or person exists,” commission spokesperson Peter Stano said.

Nigerian media houses Sahara Reporters and Peoples Gazette have also reported that the quote was fabricated, and Channels TV ran a correction.

A search by Africa Check for “Joseph Cullen” and “EUHRF” on Google and Facebook monitoring tool CrowdTangle shows that the terms only appeared online on 20 December. While we could not trace who initially made up the story, it is false.