As political leaders traverse Kenya in search of votes, there have been incidents where their convoys have been disrupted by rowdy crowds.

Kenya’s next general election is set for August 2022.

As Raila Odinga, leader of the opposition Orange Democratic Movement (ODM), was touring Trans Nzoia county, photos were posted on Facebook with the claim they show the moment the politician's convoy was blocked from visiting the area.

The first photo shows what looks like a freshly lit fire burning a piece of cloth. In the second, a crowd of people are barricading a road.

“Raila in trouble as youth black road and burning ODM T-shirt,Odinga and his convoy have decided to use an alternative route to kitale,” the caption reads.

Kitale is a town about 390 kilometres northwest of Nairobi.

The photos, and caption, were posted on a Facebook group with 48,000 members. But do they show people blocking Odinga’s convoy? 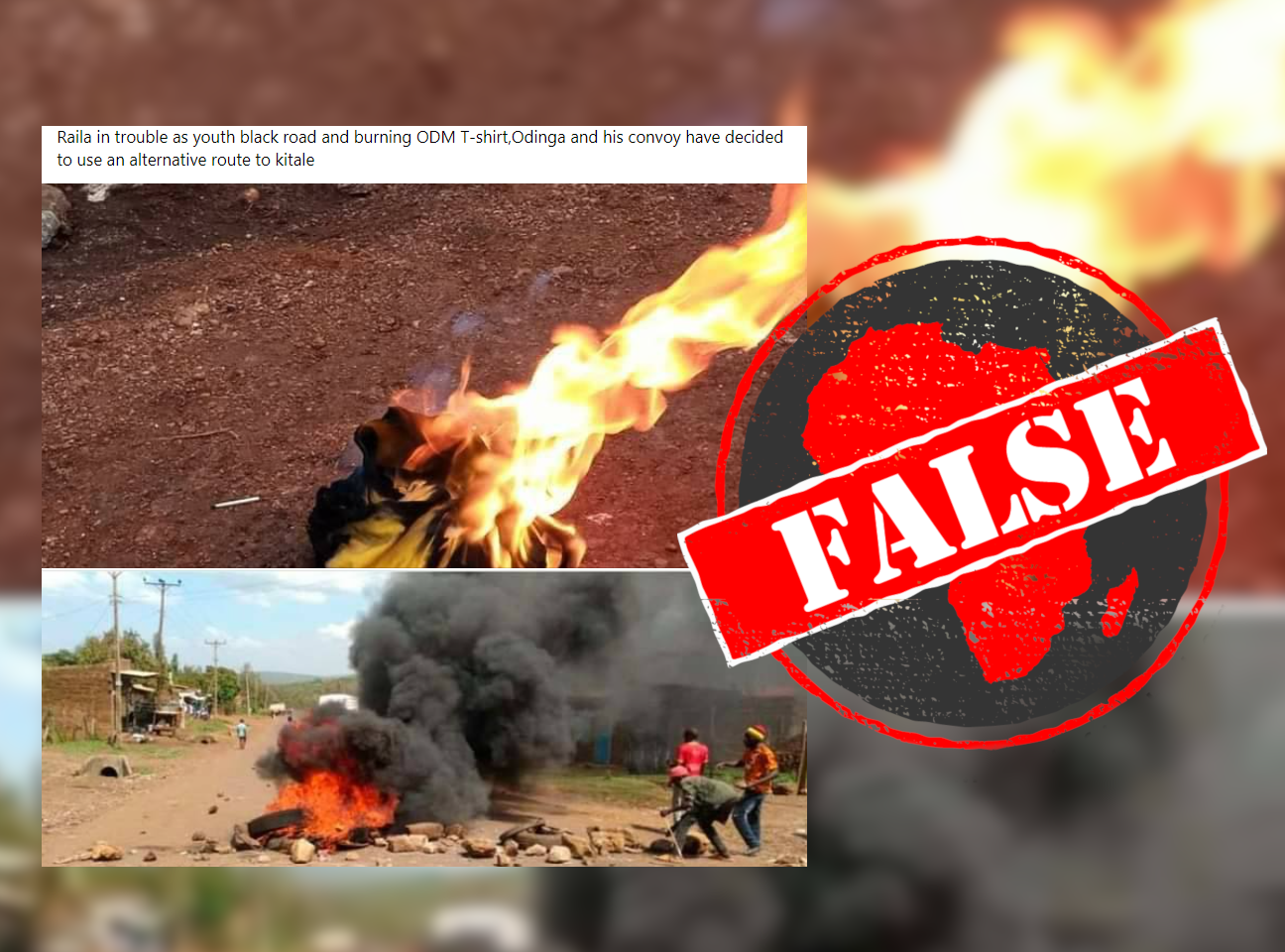 No reports of incident

No credible media outlets have reported any such incident during Odinga’s tour of Trans Nzoia county. The photos appeared to be unrelated. While the first photo shows fire on soil, the second shows it on a tarmacked road.

A reverse image search of the first photo did not feature on any credible website.

A reverse image search of the second photo reveals it was taken during a protest in Meru county’s Tigania west constituency.

According to prominent Kenyan news website Nation, the crowd had blocked the Meru-Maua road, demanding a share of the KSh600,000 donated by deputy president William Ruto when he toured the region.