“To make our cities attractive to international investors, we need to make them clean and free from human population,” reads a quote attributed to Kenyan presidential candidate Raila Odinga, circulating on Facebook since 7 June 2022.

It adds: “On this, we will remove from our cities all those running dirty businesses like those in Gikomba. Nairobi will be like London.”

Traders at the Gikomba open-air market in Nairobi sell mitumba, mainly second-hand clothes imported from wealthier countries. The word is Kiswahili for “bales”, and can also refer to other goods.

The quote is on a screenshot of what seems to be a Facebook post by Kenyan channel Citizen TV.

Odinga leads the opposition Orange Democratic Movement and the Azimio la Umoja One Kenya coalition of political parties. Kenya is set to hold elections in August.

In launching the Azimio election manifesto on 6 June, Odinga said the second-hand clothes sold at mitumba markets had been worn by dead people. The statement sparked outrage from his political rivals and people in the industry.

But did Odinga really say the second-hand clothes trade, such as at Gikomba, was a “dirty” business that should be removed from cities? And did Citizen TV quote him? We checked. 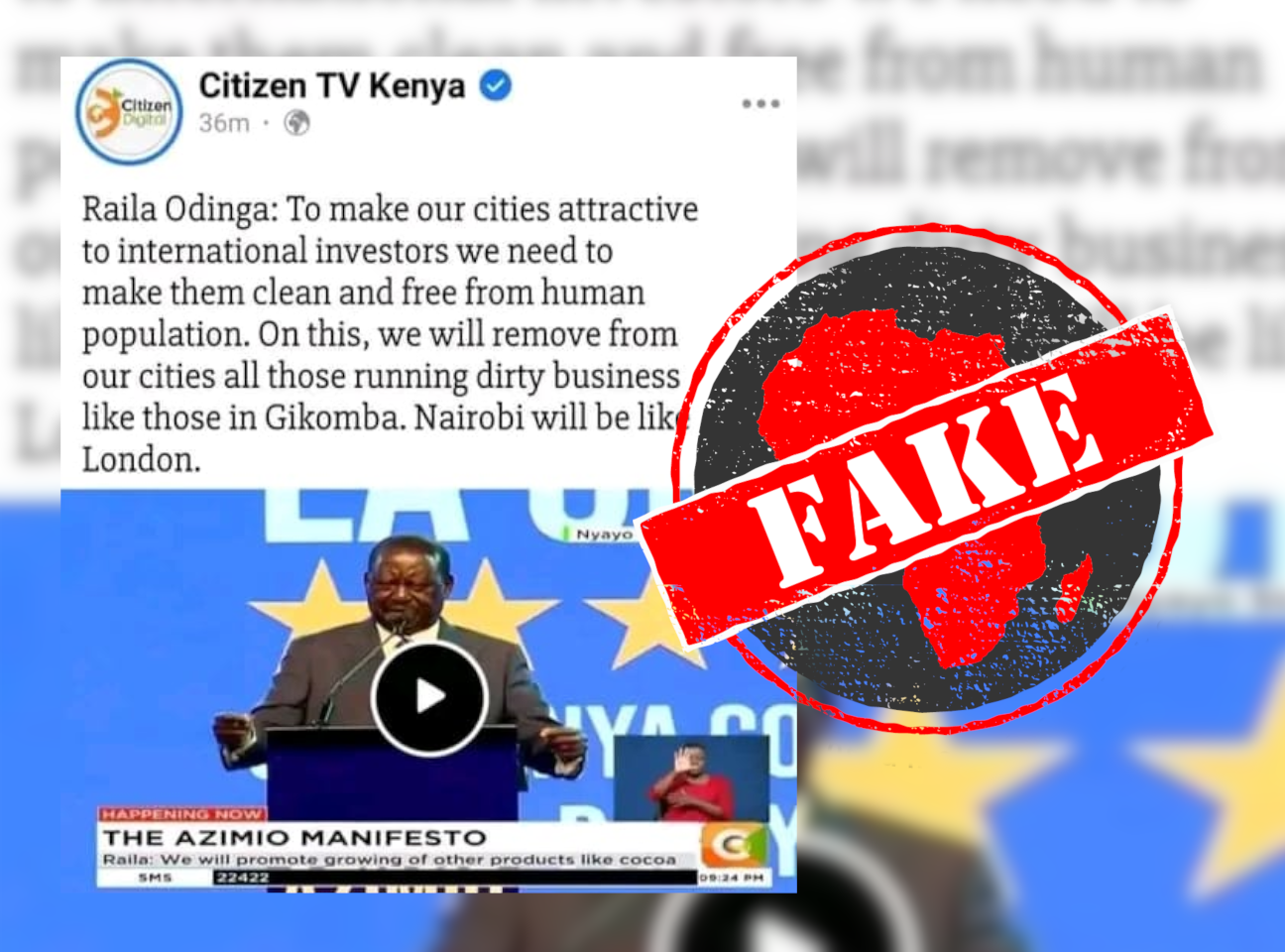 One clue that the screenshot is fake is that the quote is in a different font, indicating it was photoshopped onto a real Citizen TV post.

Africa Check scanned through Citizen TV’s Facebook posts for 6 June, the day Odinga launched his manifesto. We did not find the one in the screenshot. We searched Facebook for the full quote, and again came up empty.

And the quote doesn’t appear in Odinga’s full speech at the launch.

What he did say was: “Our textile industry was killed through liberalisation but then they brought mitumba – it killed all our sector industries. Our people are only wearing clothes coming from outside the country. They have been worn by people who are dead.”

He added: “We are going to go to primary production so that our people who are importing mitumba can have good products to sell here. Am saying that we are not moving anybody out of business.”