A graphic with the branding of Kenyan news blog Kenyan Insider has been shared on Facebook, with a quote attributed to Elgeyo Marakwet county senator Kipchumba Murkomen.

“It’s very saddening watching how Machakos By-Election results are unfolding. A Party Chairman who cannot deliver a senate seat in his home county is a joker & useless,” it reads. “I think it’s now clear why I was against Johnstone Muthama’s chairmanship. This needs an instant revisit before it’s too late.”

The graphic also features a photo of the senator. It was shared here, here and here.

Johnson Nduya Muthama is the chairperson of United Democratic Alliance party, or UDA. The graphic was posted on 19 March 2021, after Muthama’s ex-wife Agnes Kavindu was declared the winner of the senatorial by-election in Machakos county, southeast of the capital Nairobi.

Muthama praised Kavindu and the UDA’s Urbanus Muthama Ngengele for a “good show” throughout the campaign and by-election.

But did Murkomen really blame UDA party losses on their chair? 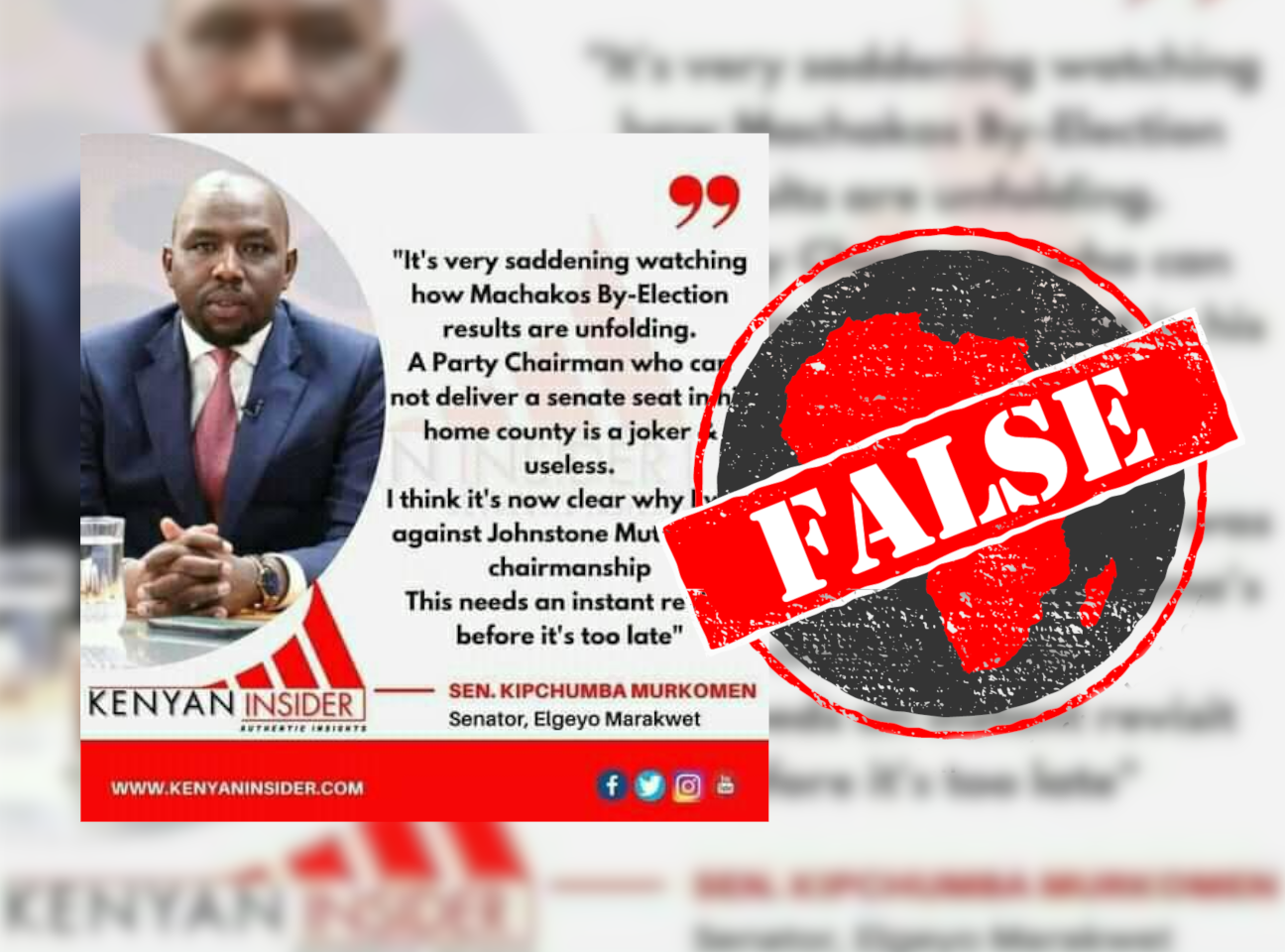 Africa Check could not find any evidence that the senator had publicly blamed Muthama for the by-election loss.

And while the graphic is very similar to others posted on the Kenyan Insider Facebook page, we could find no quote from Murkomen posted on or around 19 March. The misleading graphic appears to have been digitally manipulated.