No evidence mixture of onion juice, cloves and egg yolk will cure baldness

A post on Facebook in Nigeria claims a mixture of onion juice, cloves and egg yolk is a “herbal” remedy for baldness.

It describes how to prepare and apply the mixture, massaging it into the scalp and leaving it on for 30 minutes. It ends with a promise: “For those with hair problems and baldness here is the cure.”

Is there any evidence this mixture will cure baldness? We checked. 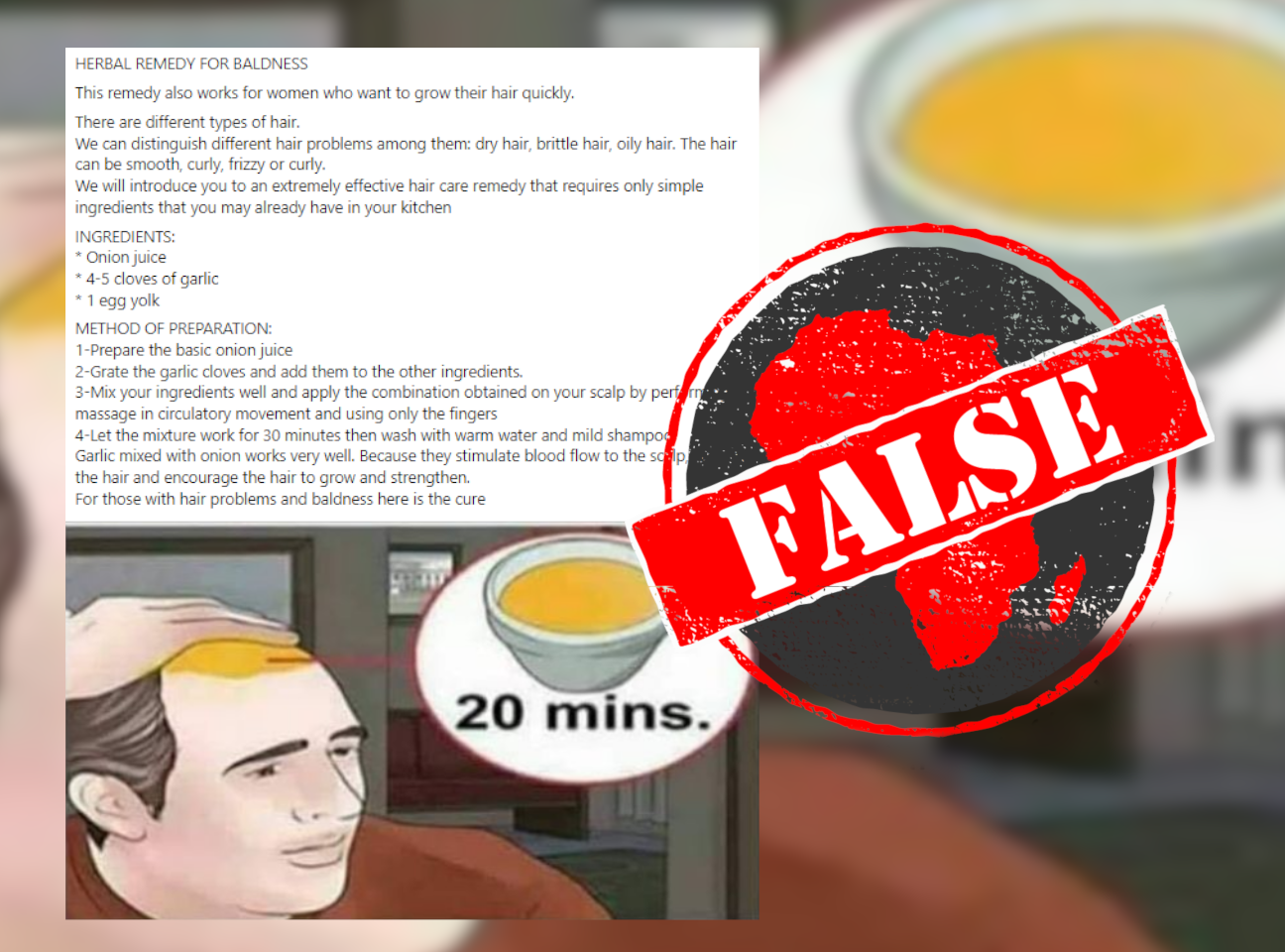 Hair loss, also known as alopecia, can affect the whole body, not just the head. If the hair on your head starts to thin and become patchy and it does not grow back, then you could become bald.

Baldness is more common in men, but does also happen to women, and is usually hereditary. Certain medical conditions and hormonal changes can also lead to hair loss.

Dr Ayesha Akinkugbe, a consultant dermatologist and lecturer at Nigeria’s University of Lagos, told Africa Check that treatment for hair loss differed based on the cause and some of the medications used were for both men and women.

She added: “Hair loss treatments for male pattern baldness range from products you apply topically on your scalp to more invasive treatments aimed at restoring hair growth or replacing lost hair, such as laser treatment.”

Drugs approved for the treatment of male pattern baldness include finasteride and minoxidil. It could take at least six months for either treatment to start showing results, the doctor told us.

She added that hair loss from certain medications was temporary and hair growth would likely resume once the medications were stopped.

Africa Check debunked a similar claim in October 2021, which claimed that a mixture of onion juice and coconut oil would “prevent hair fall and breakage but also make your hair stronger and healthier”.

But he also warned against using onion juice directly on the hair. “I think it would be damaging to the keratin layer of your hair shaft to use onion juice on a regular basis on your hair and scalp," Alexander said.