Has the acting governor of Kenya’s capital credited her success to a prominent trade unionist?

A graphic shared in a Facebook group with over a million members includes a photo of and supposedly quotes Nairobi county deputy governor Anne Kananu Mwenda. She has been acting governor since January 2021.

The quote reads: “Without Francis Atwoli I wouldn't be deputy governor of Nairobi today, it is him who called Murathe and told him that regardless of being a Sonko nominee he believed that I would deliver. It is great honor to rename Dik Dik Road after my political godfather. On top of that he is also a staunch supporter of BBI.”

Atwoli is the general secretary of Kenya’s Central Organization of Trade Unions. A road in Nairobi was named after him in May and he publicly thanked Mwenda for the honour on Twitter. But the renaming was criticised by some Kenyans and new road signs have been vandalised at least twice.

David Murathe is the vice-chairperson of the country’s ruling party, Jubilee. Mike Mbuvi Sonko is the former governor of Nairobi county who was removed from office in December 2020.

The graphic also shows the logo of the trusted news outlet Nation Africa. It has been shared by other users and Facebook groups. But is the quote genuine? 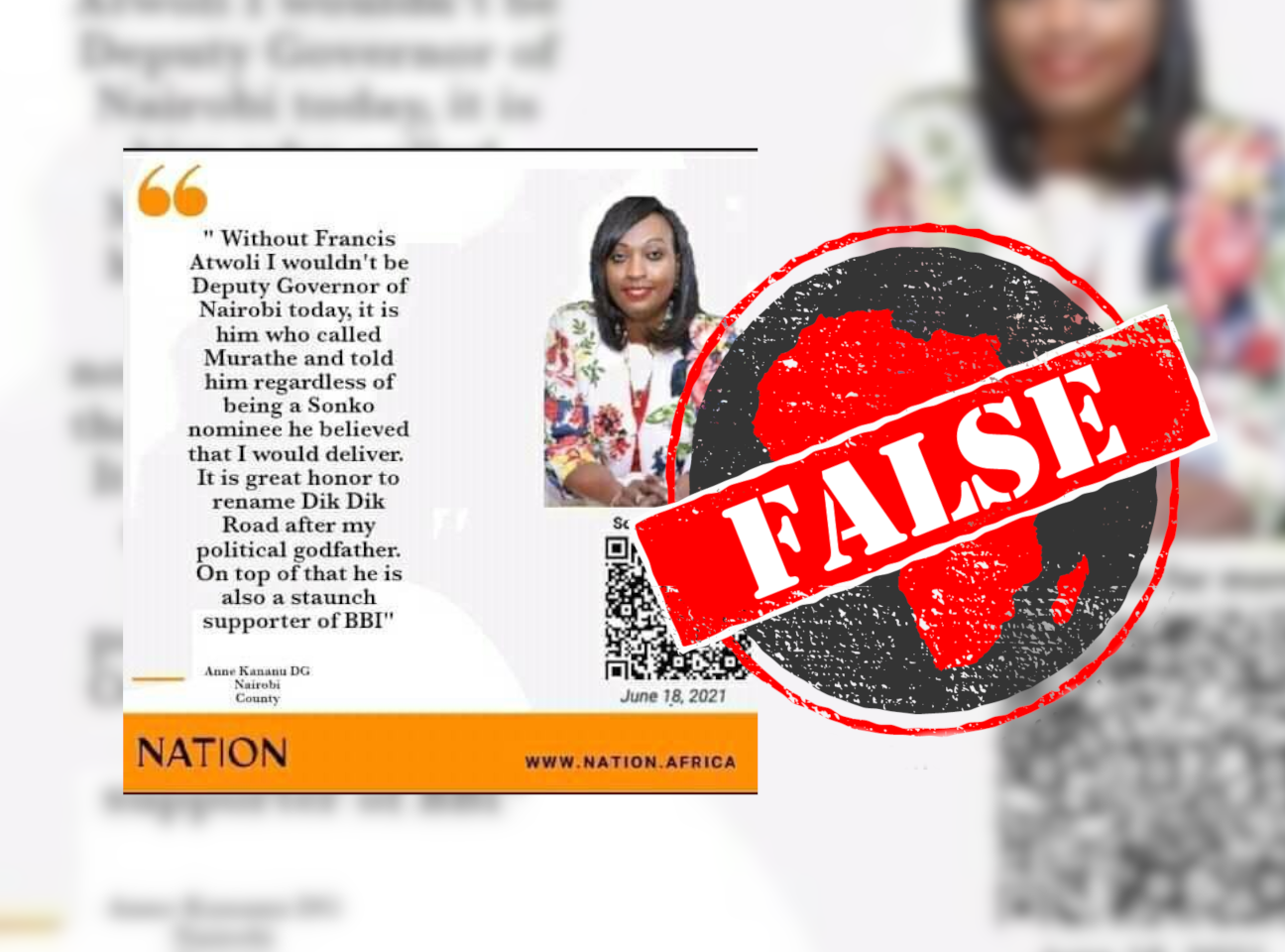 No evidence Mwenda said anything similar

The graphic looks badly photoshopped and the photo of Mwenda is blurry. The quote includes misspellings and missing words, which is unusual in a communication from a trustworthy news organisation.

The font is also different from the one used in other similar graphics from Nation Africa. These are all signs that the graphic wasn’t issued by the news outlet and is fake.

Africa Check looked at all similar graphics published since 18 June 2021 and did not find this quote from Mwenda, or anything similar.

We could find no coverage in any news outlet of a quote like it. It appears to have been made up.