The report has been shared several times on Facebook. It reads: “The yet-to-be-confirmed arrest is said to be in connection with the recent open letter written [by] Obasanjo to the incumbent president, touching on very sensitive state issues, most especially, the wave of insecurity in the nation.” 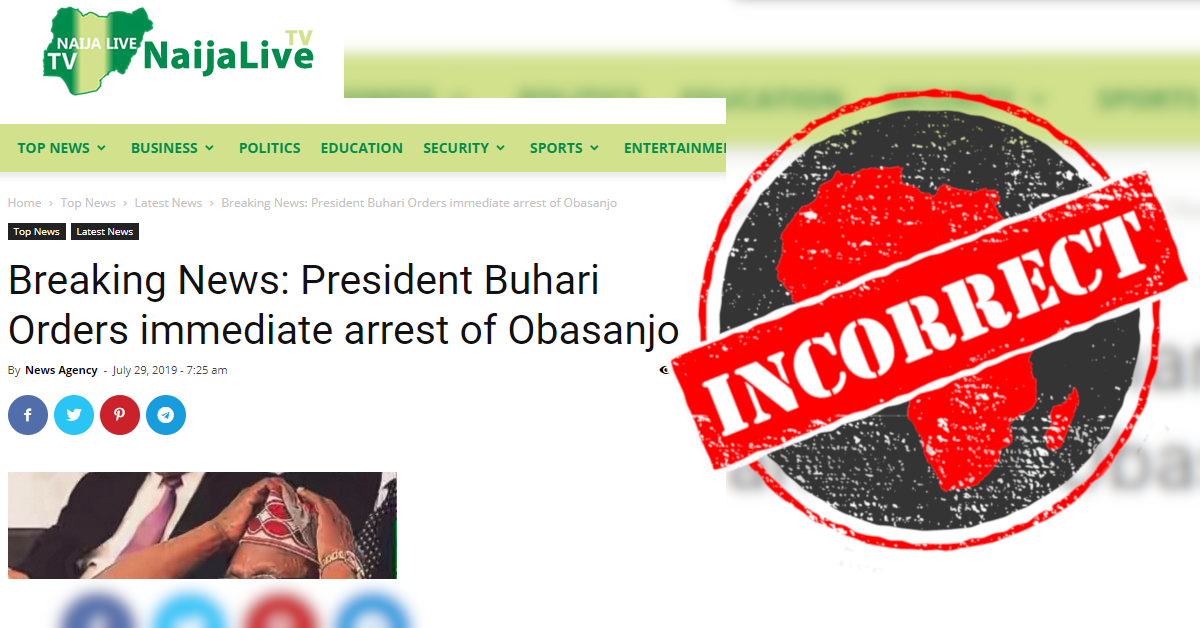 Others called for Obasanjo’s arrest

On 15 July he issued a critical open letter to Buhari in which he raised concerns about the Boko Haram militant group and Nigeria’s security situation. The letter was widely debated in newspapers and on social media.

It led to diverse reactions, including a call for Obasanjo’s arrest by the advocacy group Miyetti Allah Cattle Breeders Association of Nigeria.

In June 2018 Obasanjo accused the federal government of plotting to arrest him on false charges.

Obasanjo said he had learned the government planned to “seize his passport and clamp him into detention indefinitely, in order to prevent him from further expressing angst on the pervasive mediocrity in the quality of governance, economic management and in the protection of lives and property by the government”.

The minister of information and culture, Lai Mohammed, refuted the claim and said the government had no such plan.

No evidence any order for arrest has been given

More than a week after Naija Live TV’s report was published, no publicly available evidence can be found that Buhari ordered Obasanjo’s arrest.

There was no indication of it on any of the presidency’s communication channels and it has not been reported by any credible newspaper. – Jennifer Ojugbeli