A quote attributed to Bola Tinubu, leader in Nigeria’s ruling All Progressives Congress, has sparked debate on Facebook.

Tinubu visited president Muhammadu Buhari on 10 January 2022, and afterwards announced that he would run for president in Nigeria’s 2023 general elections. He told journalists he would build on Buhari’s achievements if elected.

Other presidential aspirants have since said they also intend to run in the election scheduled for 18 February 2023.

Is this an accurate quote? 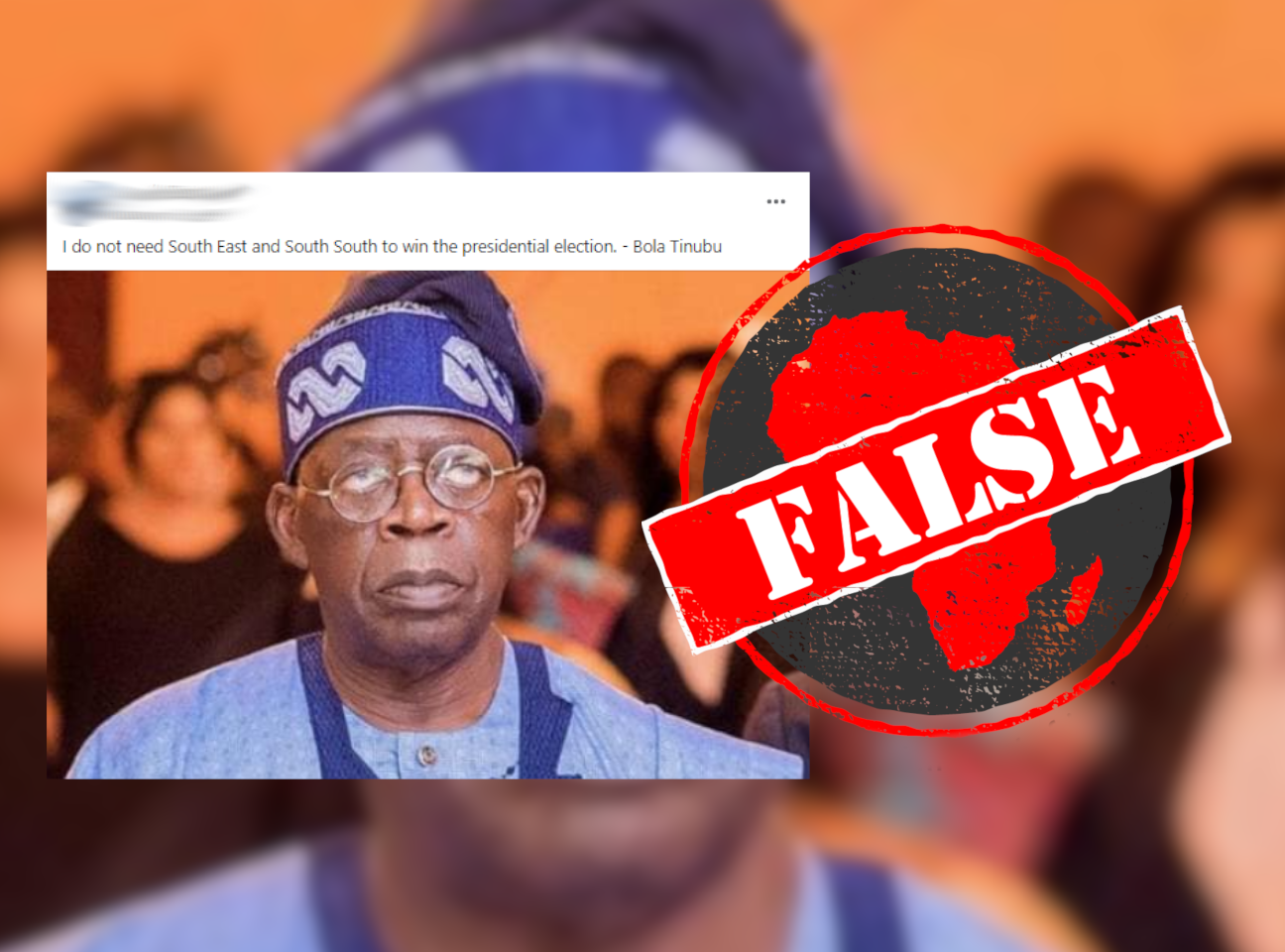 Tinubu has been in the news since he declared his intention to run for president. It’s unlikely that such a quote would go unreported by mainstream media in Nigeria.

But a Google search yielded no credible results, only two articles on lesser-known news blogs, published in December 2021.

These reports claimed that Tinubu “told his guests the South East and South South who are largely Christians will not matter” in a “secret meeting” with northern leaders, organised by his “long-time friend, Senator Abu Ibrahim”.

But it was reported that Ibrahim had refuted this.

According to a statement, also circulated online at the time, Ibrahim did not organise such a meeting. The statement was signed by the media director of the Council for New Nigeria Initiative, Biodun Ajiboye, on behalf of Ibrahim, who is the chairperson of the board.

Tinubu also has support groups across the country, including in the South East and South South geopolitical zones.

It would be a major political blunder for any presidential hopeful to make such a statement, Kamilu Fage, professor of political science at the Bayero University Kano in northwestern Nigeria, told Africa Check.

“However, it is possible for a presidential candidate to win the presidential election without getting a significant number of votes in the South East and South South,” Fage added. “This is because the rule is the winner must have the majority of valid votes cast and a quarter of the votes cast in the two-thirds of the states in the country.”

“If a candidate has the majority of votes in the election and a quarter of the votes, the 19 states in the three northern geopolitical zones and the six states in the South West, that is 25 out of 36 states. He could then be declared the winner,” Fage said.

While it would technically be possible for Tinubu to win the 2023 presidential election without the support of the majority-Christian South East and South South zones, we found no evidence he has admitted this publicly. It would also be a political blunder for him to do so, an expert said.