No evidence Nigerian soldiers surrendered to Boko Haram in Abuja

“Breaking News. The Nigerian Army surrendered their Arms to BOKOHARAM Bandits in Abuja, War is coming ooooo, Talibans are coming,” reads a message posted on Facebook in Nigeria in August 2021.

Boko Haram is an Islamist movement and designated terrorist group whose violent activities have been reported in parts of northern Nigeria, which is mainly Muslim.

The Taliban, also spelled Taleban, is a conservative Islamic political group that ruled Afghanistan in the late 1990s before being ousted by US forces in the early 2000s. After the US withdrew from Afghanistan in July 2021, the Taliban quickly retook the country.

Did Nigerian soldiers surrender their arms to Boko Haram? We checked. 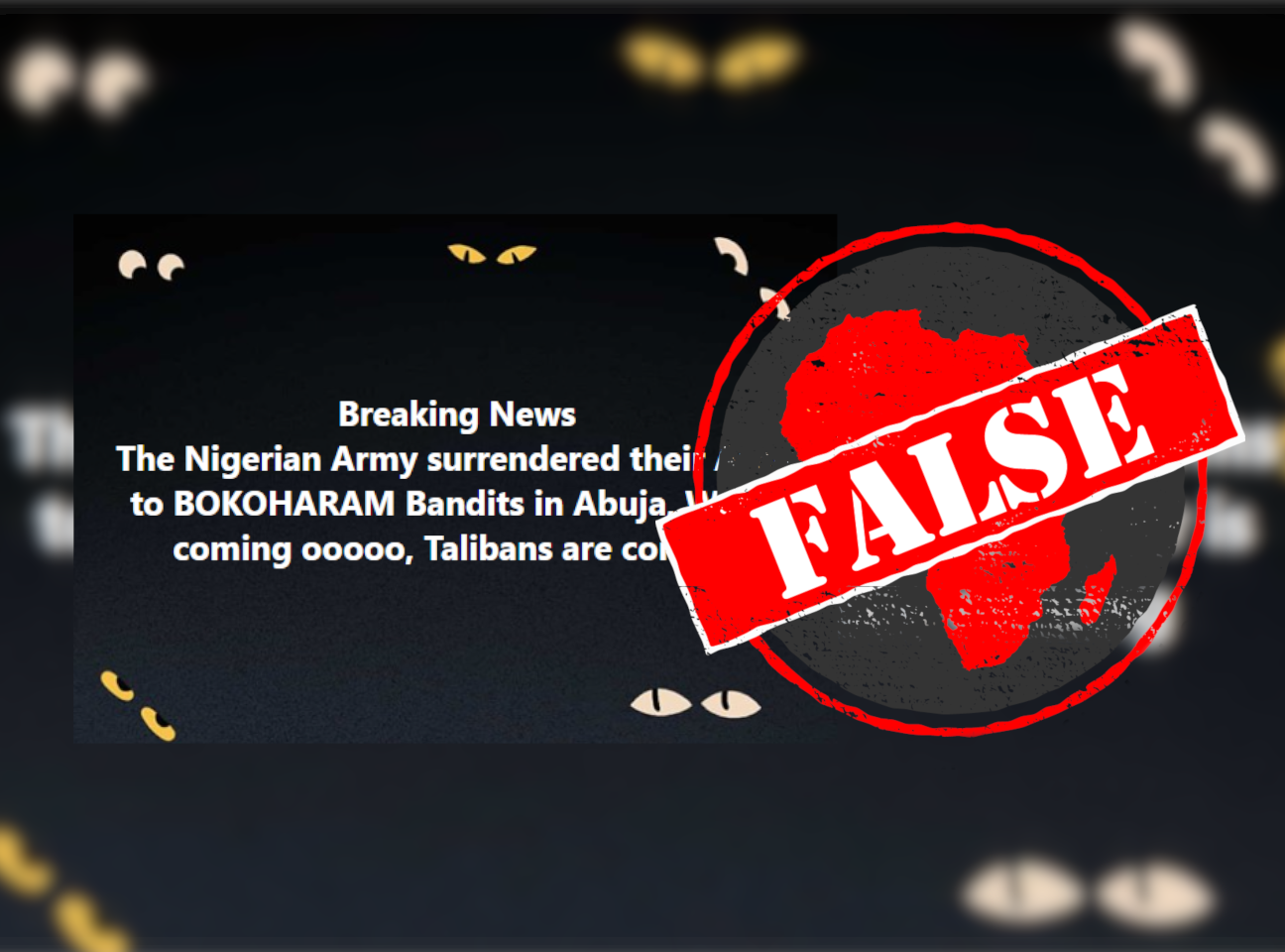 But there have been no reports, from the army or any credible media, that Nigerian soldiers surrendered their arms to Boko Haram in the nation’s capital city of Abuja, in central Nigeria. Such news would have made global headlines. It hasn’t.