A weird-looking image of a human eye with two irises and pupils was originally posted on Facebook in South Africa in August 2013 but started circulating again in March 2022.

The caption to the image reads: “The pupula duplex is a medical oddity that is characterized by having two irises/pupils in each eyeball.”

But is this photo real and does it show an unusual eye condition called “pupula duplex”? We investigated. 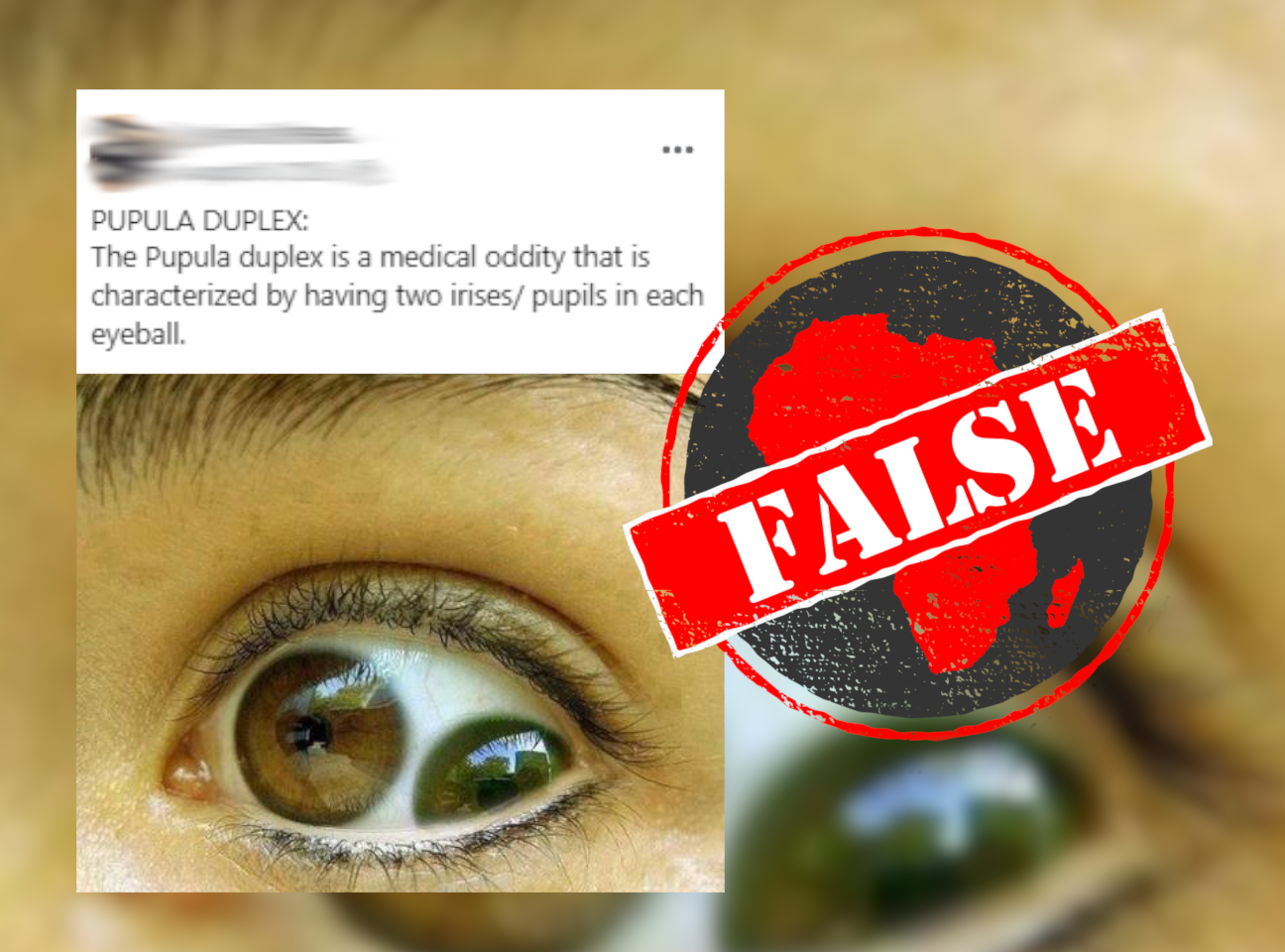 ‘Pupula duplex DOES NOT exist’

We reached out to the South African Optometric Association (SAOA) and they were vehement in their response to the image: “Pupula duplex DOES NOT exist, there is no case ever reported of two separate irises.”

The SAOA told us the only condition the graphic could be referring to was polycoria: “Polycoria does exist and has a variety of causes but refers to two pupils in the same iris.”

According to the Eye News website, there are two types of polycoria. True polycoria, which is rare, involves two or more separate pupils sharing one eye. Each pupil has a sphincter muscle, so it constricts and dilates.

By comparison, pseudopolycoria creates the appearance of two pupils in one iris, but is an illusion caused by a defect in the iris.

Fact-checking organisation Politifact debunked the same claim. A spokesperson for the American Optometric Association told Politifact the image was fake and "pupula duplex is not a medical term that we are aware of”.

We could find no evidence that this image was real or that there was a medical condition called “pupula duplex”.

Yes, you may see your white blood cells when staring at a blue sky