Rooibos tea is being promoted on Facebook as a way to “prevent and slow down the progression of cancer”.

Africa Check has debunked many false claims that various foodstuffs and teas either prevent or cure cancer. Is this claim about rooibos tea supported by research? We looked at the evidence. 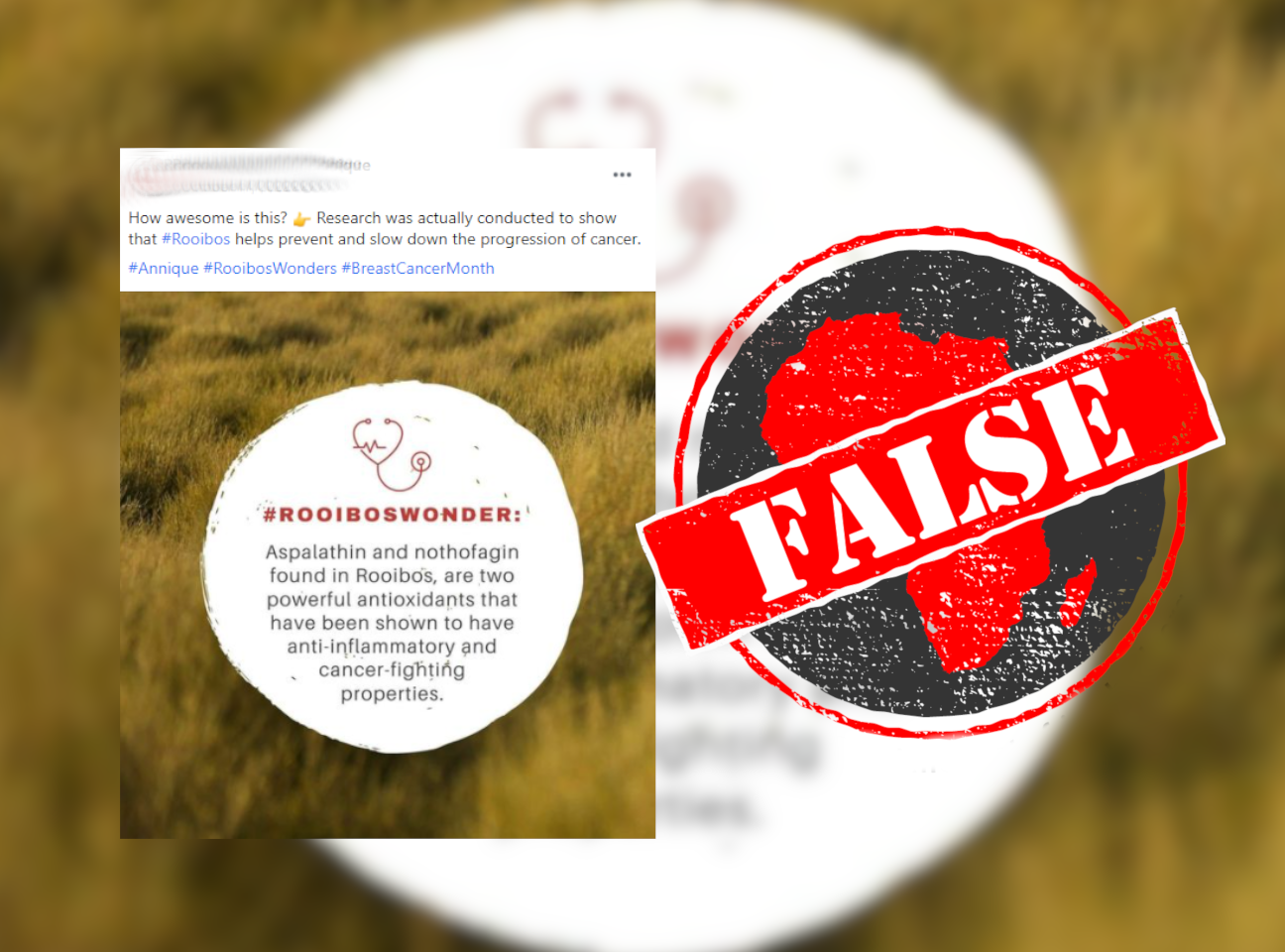 ‘No human studies have confirmed these effects,’ says expert

“Rooibos tea contains two powerful antioxidants which prevent free radicals from forming and aid in the prevention of cancer cells developing,” Prof Janet Poole told Africa Check. She is the principal paediatrician and head of paediatric haematology and oncology at the Charlotte Maxeke Johannesburg Academic Hospital.

According to the Mayo Clinic, free radicals are “molecules produced when your body breaks down food or when you're exposed to tobacco smoke or radiation”. They can damage cells, causing illness and aging.

“Certain antioxidants in rooibos tea have been shown to kill cancer cells and prevent tumor growth in test tubes,” Poole said. “However, no human studies have confirmed these effects. Rooibos may have a role in the prevention of cancer, but there is no evidence that the tea slows down cancer progression.”

Genetics can also play a role in the development of cancer, Poole said. “There are also certain cancers such as leukaemia, lymphoma and other blood disorders that are not related to lifestyle or diet. Therefore cancer can never be totally prevented."

No ‘convincing evidence’ that rooibos tea treats allergies in humans