No evidence Zimbabweans are selling their toes because of poverty

A shocking claim has spread widely on Facebook, Twitter, Instagram and WhatsApp in a number of countries, including Nigeria, Namibia and South Africa. It says that Zimbabweans are selling their toes because of “extreme poverty”.

A tweet, which has been liked over 8,000 times and retweeted over 4,000 times, as well as reposted on Instagram, reads:

“In Zimbabwe, people have started selling their toes for thousands of dollars. This is due to the high cost of living and failure for the government to create jobs. The toes is being bought at $40,000 dollars (N16m) While the smaller ones at $20,000 dollars (N8m).”

The posts include three photos of feet, one where it appears the big toe has been amputated, one where the smallest or pinky toe is bandaged, and one where a tool like a bolt cutter is clamped around the pinky toe.

So is it true that Zimbabweans are selling their toes? We checked this potential hoax. 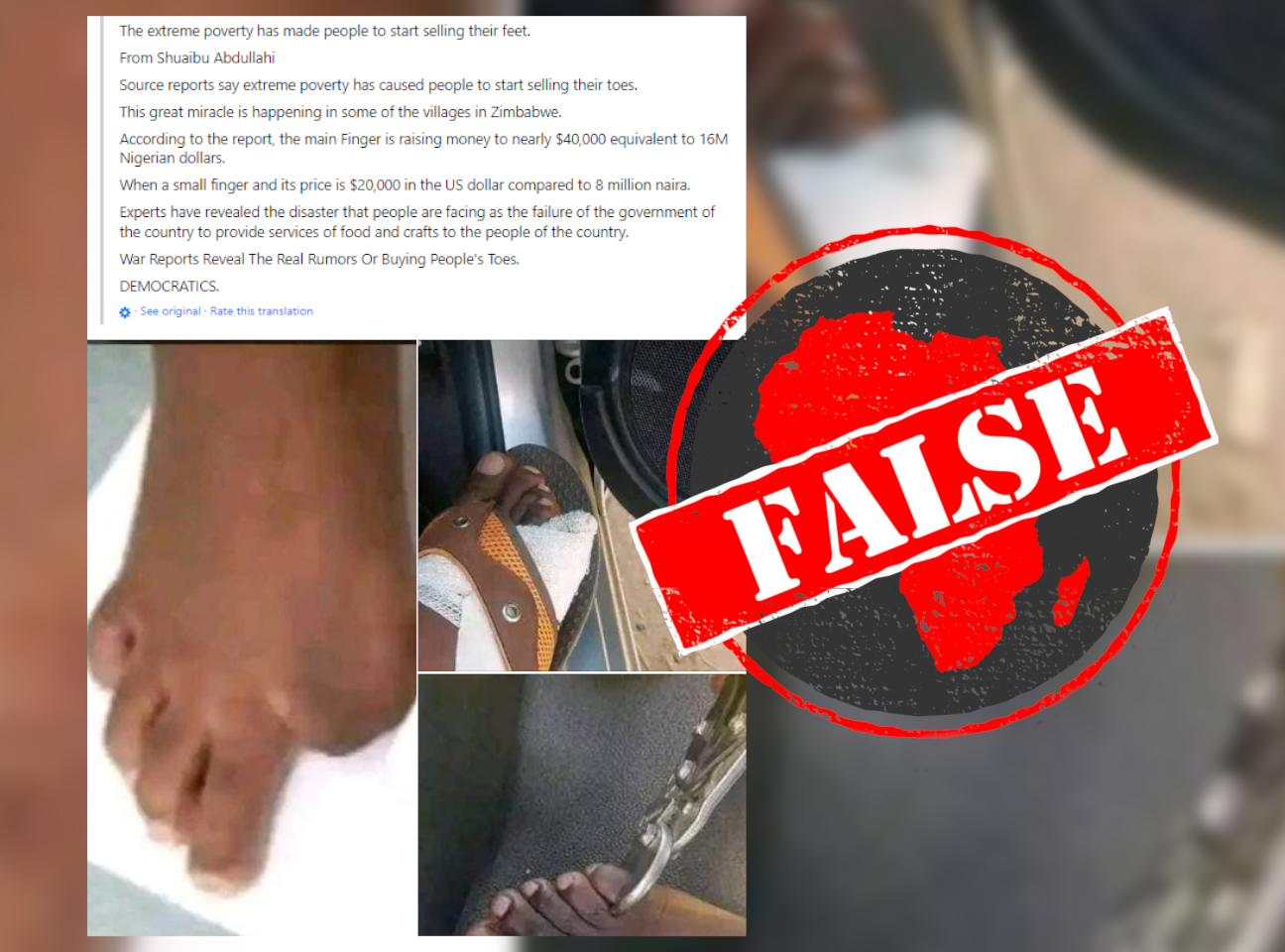 The claims are unfounded. Kindness Paradza, deputy information minister in Zimbabwe, told the news site The South African that these wild rumours were not true.

“As government, we did research on the issue and we realised that it is false,” Paradza said, according to an article published 2 June 2022.

The South African news site News24 reported that the rumours began when a man jokingly posted a video to social media, saying he bought a Toyota truck after selling his pinky toe, implying the vehicle was very expensive.

However, the joke was taken seriously by many social media users.

Paradza investigated a mall in the Zimbabwean capital Harare where it was rumoured toes were for sale, and reportedly said afterwards: "These are social media reports aimed at tarnishing the image of the country.”

We found no evidence for anyone selling – or buying – toes in Zimbabwe.