“Breaking News. Sugar prices have gone up now at k1040. The cost of living continues bites harder on the poor Malawians,” reads a post on a Facebook page named “Times 360 Malawi”.

The post includes a photo of packs of sugar on a shelf with an arrow pointing to a new price: “Illovo sugar MK 1040”. Illovo is a brand of sugar in Malawi. The country’s currency is the Malawian kwacha, or MK.

The post was published on 17 March 2022 on a Facebook page created on 4 August 2021. The page has just over 10,000 followers and appears to belong to the Times Group, a Malawian media house.

On 16 March, the Times Group website reported the Consumers Association of Malawi’s complaints about rising food prices and increases in the cost of living.

But did the Times Group really post the news of rising sugar prices on Facebook? We checked. 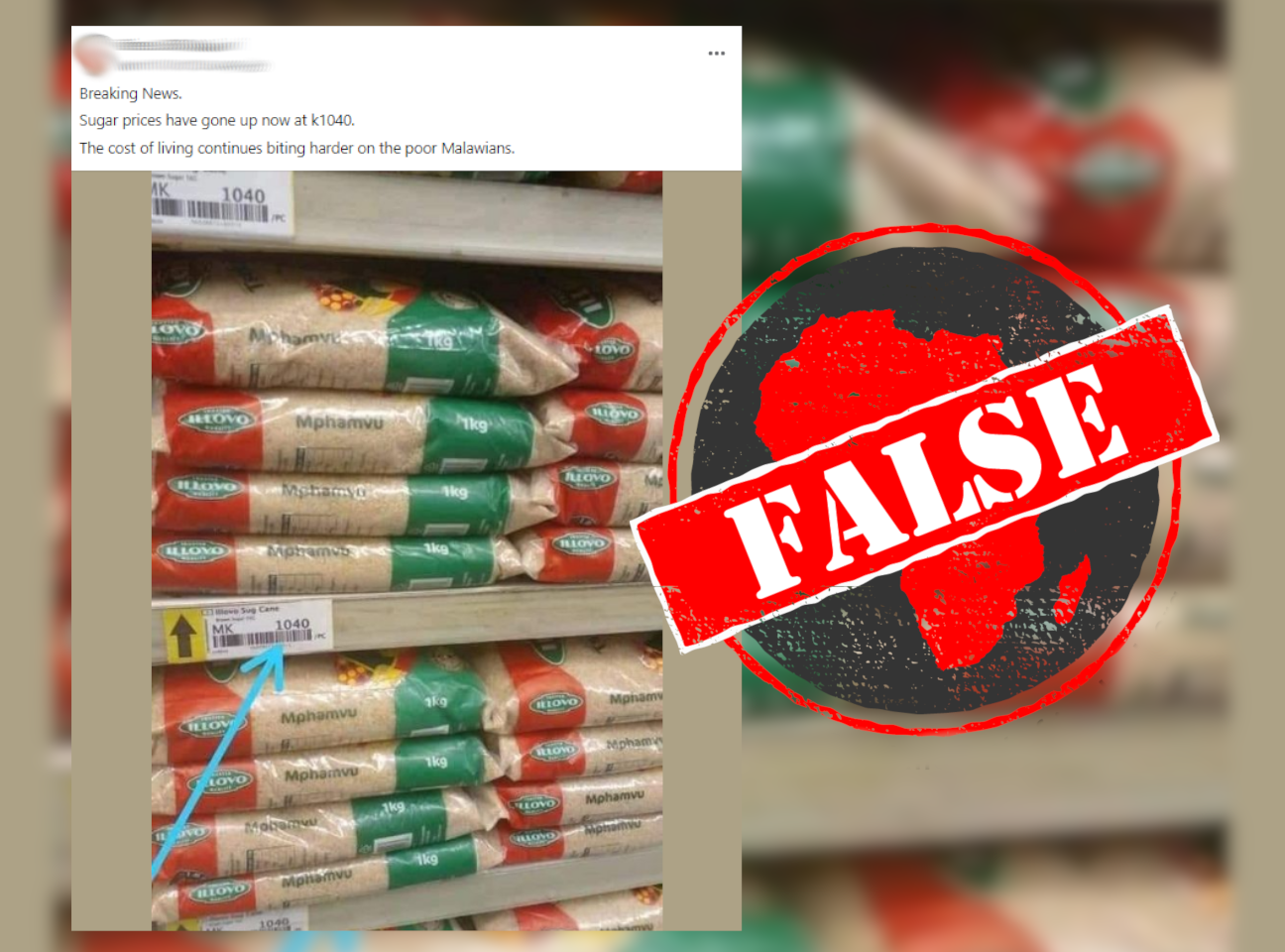 Turns out the news was published on a fake Facebook page.

On 17 March, Times 360 Malawi posted a screenshot of the message on its official Facebook page with “FAKE FAKE” written across it.

“The following image is of a fake post and was not posted by the official Times 360 Malawi Facebook page,” it wrote.