Muhammadu Buhari is president of Nigeria, and the Aso Rock Villa in Abuja, the country’s capital, is the presidential residence.

It shows a photo of firefighters trying to put out a huge fire, but says this is a file photo.

Was there a “fire explosion” at Buhari’s residence that caused “tension” about his safety? We checked. 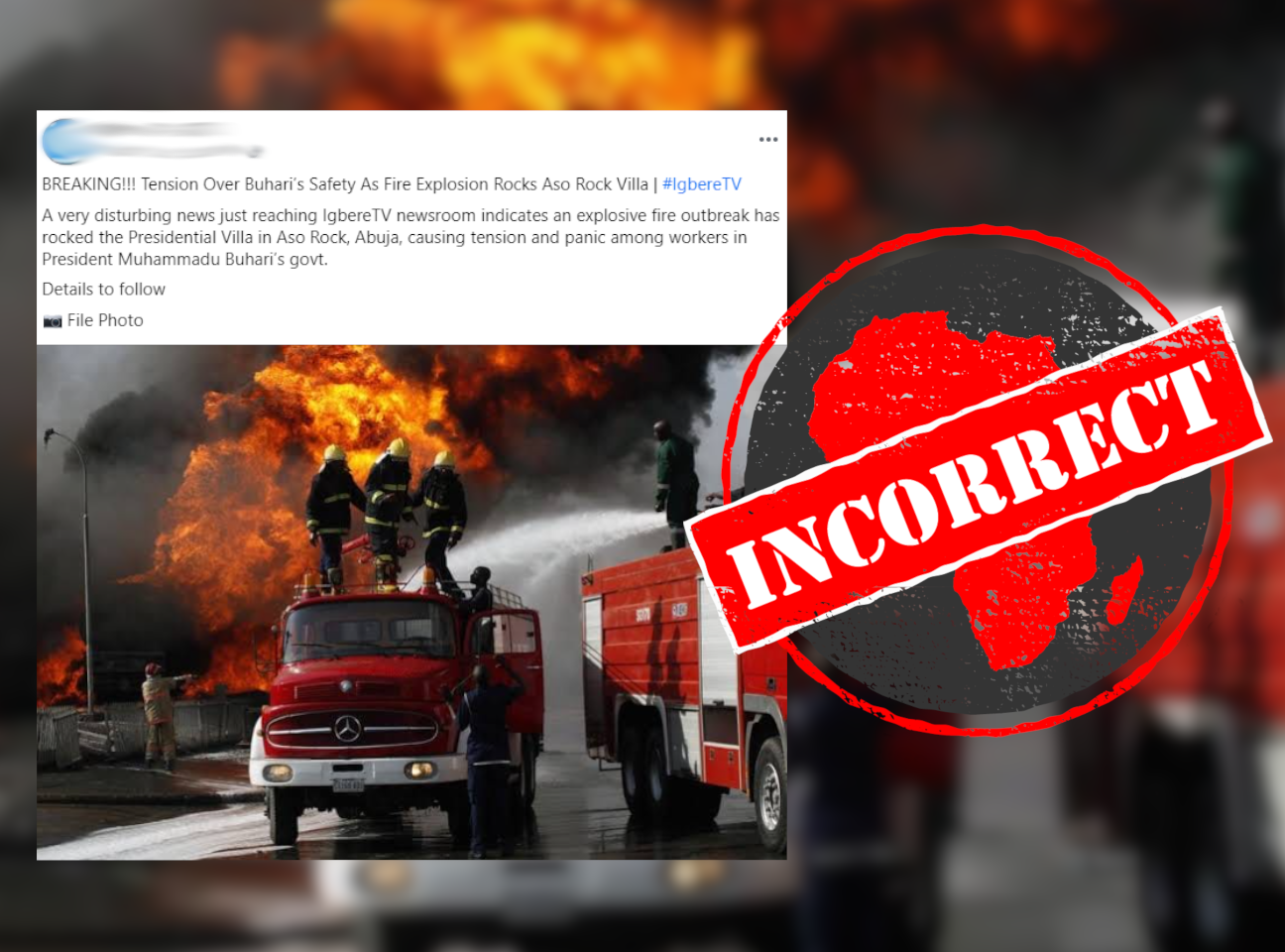 Claim debunked by the presidency

Nigeria’s presidency has debunked the claim, saying that a bush fire broke out between a fence and an outer wall surrounding the presidential villa, and Buhari was not in harm’s way.

“I would like to clarify that there was no fire inside the Presidential Villa,” presidential spokesperson Garba Shehu explained in a Twitter thread.

“In the evening of Saturday, March 6, a fire broke out burning shrubs between the outer wire fence and walls surrounding the Villa, precisely in the area between the Villa and the Barracks, towards Asokoro.”

I would like to clarify that there was no fire inside the Presidential Villa.

“The fire, as being speculated, might have started from a passerby dropping a burning cigarette. The Federal Fire Service will ascertain the reason for it when they complete their investigation.

“It suffices to say that this bush fire, which started and ended outside the perimeter walls of the Villa, was seamlessly contained by fire stations of the State House and the one nearby from the Federal Fire Service.

“No loss of life, no loss whatsoever to building and property was recorded."