No, former Lagos governor Tinubu has not declared presidential ambition

“It's only God that can stop my presidential ambition – Tinubu,” reads a post published on Facebook on 4 December 2021.

“Asiwaju Bola Tinubu, the national leader of the All Progressives Congress (APC), has said he is aware that Nigerians are angry over years of leadership failure in the country, and the inability of the current government to improve their quality of life.”

Tinubu is the former governor of Lagos state in southwestern Nigeria and a former senator.

Since he left office, he has been involved in politics by campaigning for the All Progressives Congress (APC), the political party of which he is the national leader.

But did Tinubu really say this? 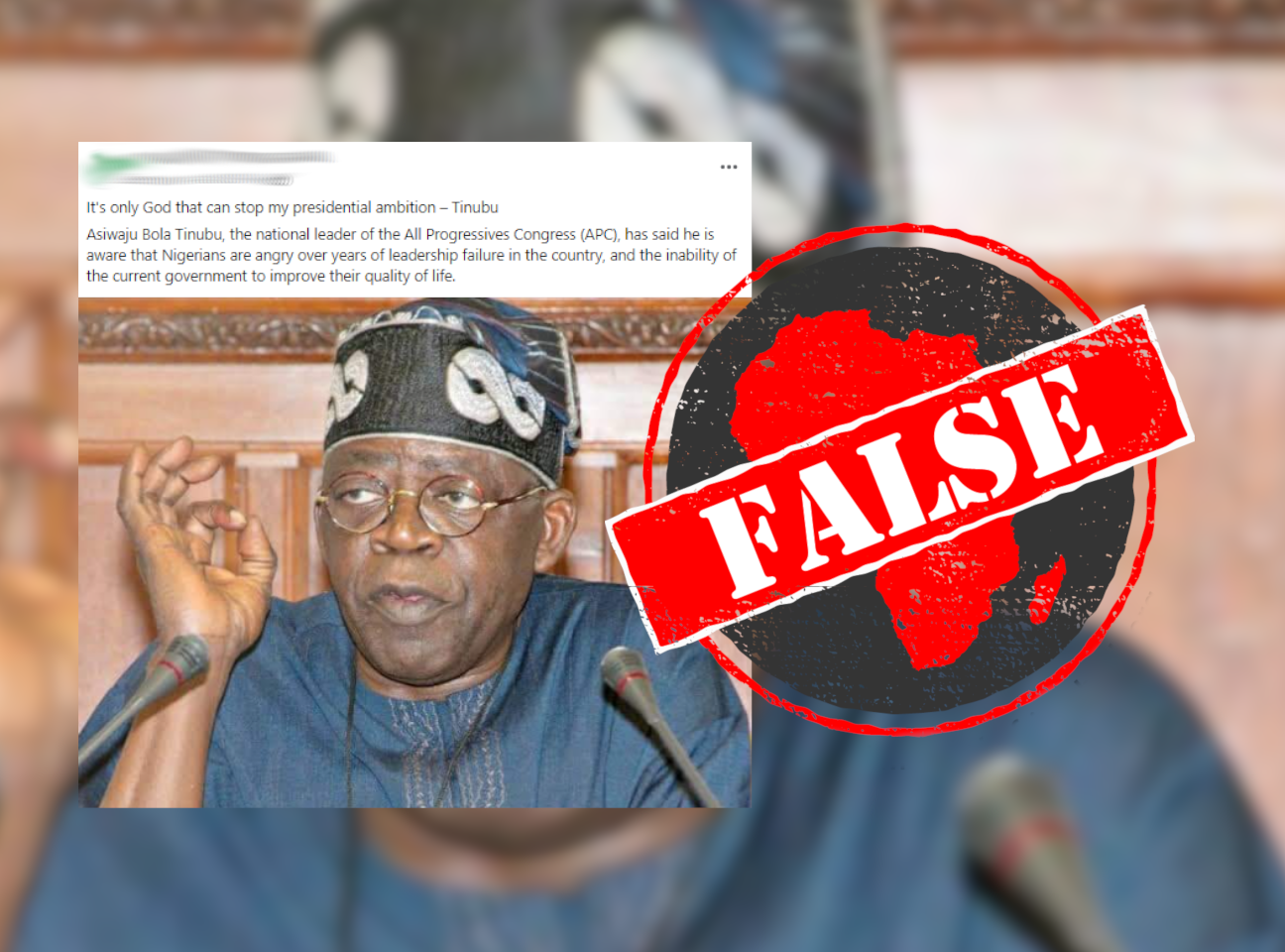 No evidence Tinubu said this

The post does not provide details of where and when Tinubu made the statement.

Also, such a statement would have made headlines in Nigerian media, but the quote was not reported by any credible media organisation.

Although there are different campaign groups canvassing support for the politician, he has not spoken on the matter or officially declared any intention to run for office.