“Obasanjo writes to Buhari, over insecurity,” begins a message posted on the Facebook page “New Wave Reporters” on 3 March 2021.

Olusegun Obasanjo is a former president of Nigeria, and Muhammadu Buhari is the current president.

The message continues: “Again, former President Olusegun Obasanjo has written an open letter to President Muhammadu Buhari, urging him to safe Nigeria from the brink by swiftly tackling insecurity.”

It includes a link to a page, now deleted, on the New Wave Reporters website. But the full text of the letter was published by Global Gist and News Scroll in early March 2021.

The claim that Obasanjo has written a “new” letter to Buhari also appears here, here, here, and here on Facebook.

Obasanjo is known for writing open letters to incumbent presidents, including Goodluck Jonathan. His first letter to Buhari was in January 2018, with a second in January 2019 and a third in July 2019.

Has Obasanjo written another letter to Buhari? We checked. 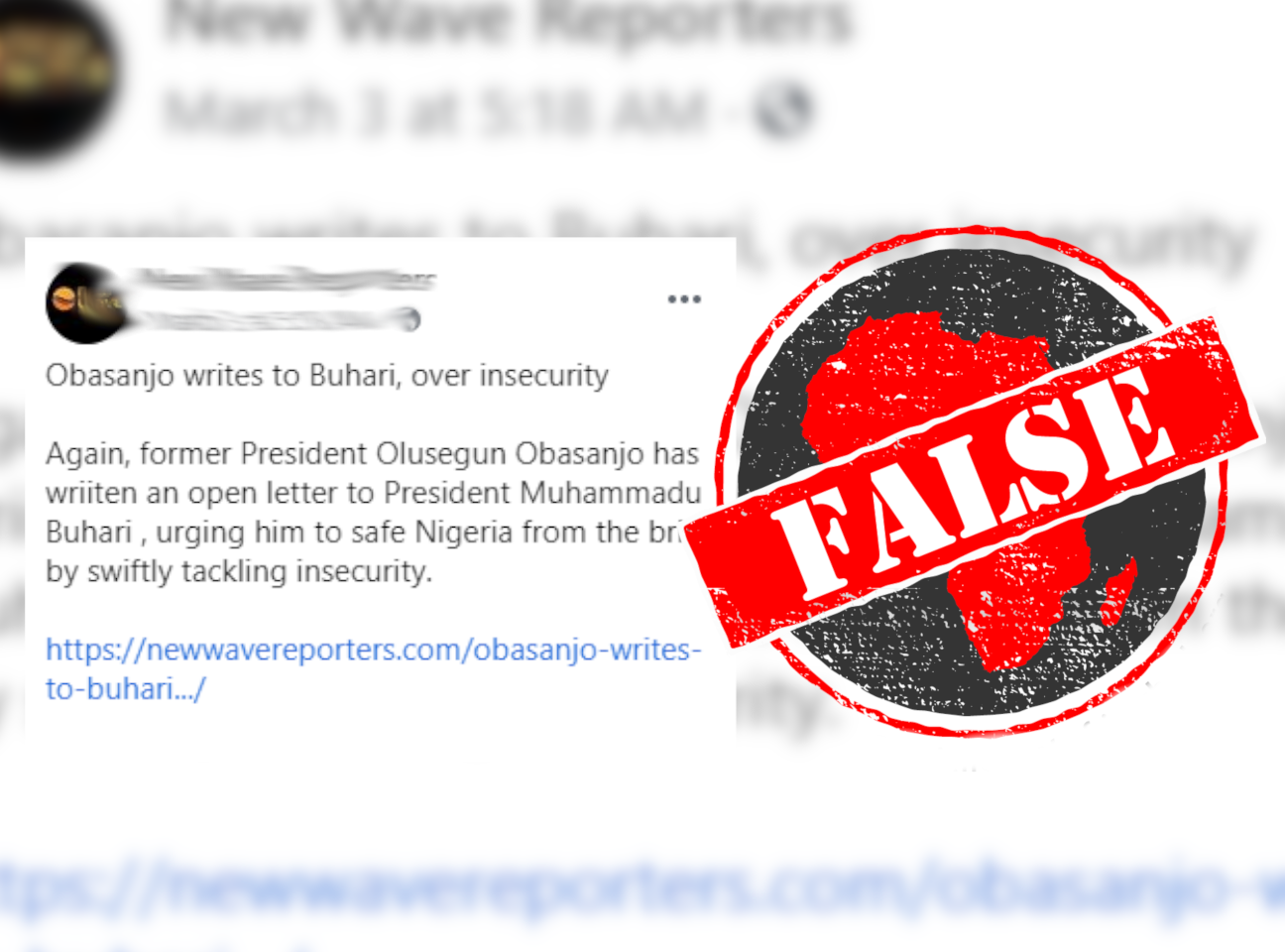 ‘The issue is very weighty’

Africa Check analysed the letter and discovered that it is identical to the one Obasanjo wrote in July 2019.

In both, the text begins: “I am constrained to write to you this open letter. I decided to make it an open letter because the issue is very weighty and must be greatly worrisome to all concerned Nigerians and that means all right-thinking Nigerians and those resident in Nigeria.”

In the 2019 letter, Obasanjo said the country had been consumed by violence and ethnic divisions since Buhari came into power.

It was written a week after the killing of Funke Olakunrin, the daughter of Yoruba leader Reuben Fasoranti.

Africa Check asked Obasanjo’s spokesperson, Kehinde Akinyemi, about the letter. He confirmed that it was written in 2019.

No, Nigerian president Buhari’s sister older than him

No proof for ‘12 million jobs’ in Nigeria’s rice industry, as presidential aide claimed