No, former South African president Jacob Zuma not pictured queuing for food with other prisoners

The photo was posted in a public Facebook group in Kenya with over 320,000 members.

Zuma handed himself over in July 2021, after South Africa’s constitutional court found him guilty of contempt of court and ordered his imprisonment in June.

Zuma had failed to appear before a commission investigating corruption during his rule from 2009 to 2018.

But does this photo show Zuma queueing for food alongside other prisoners? We checked. 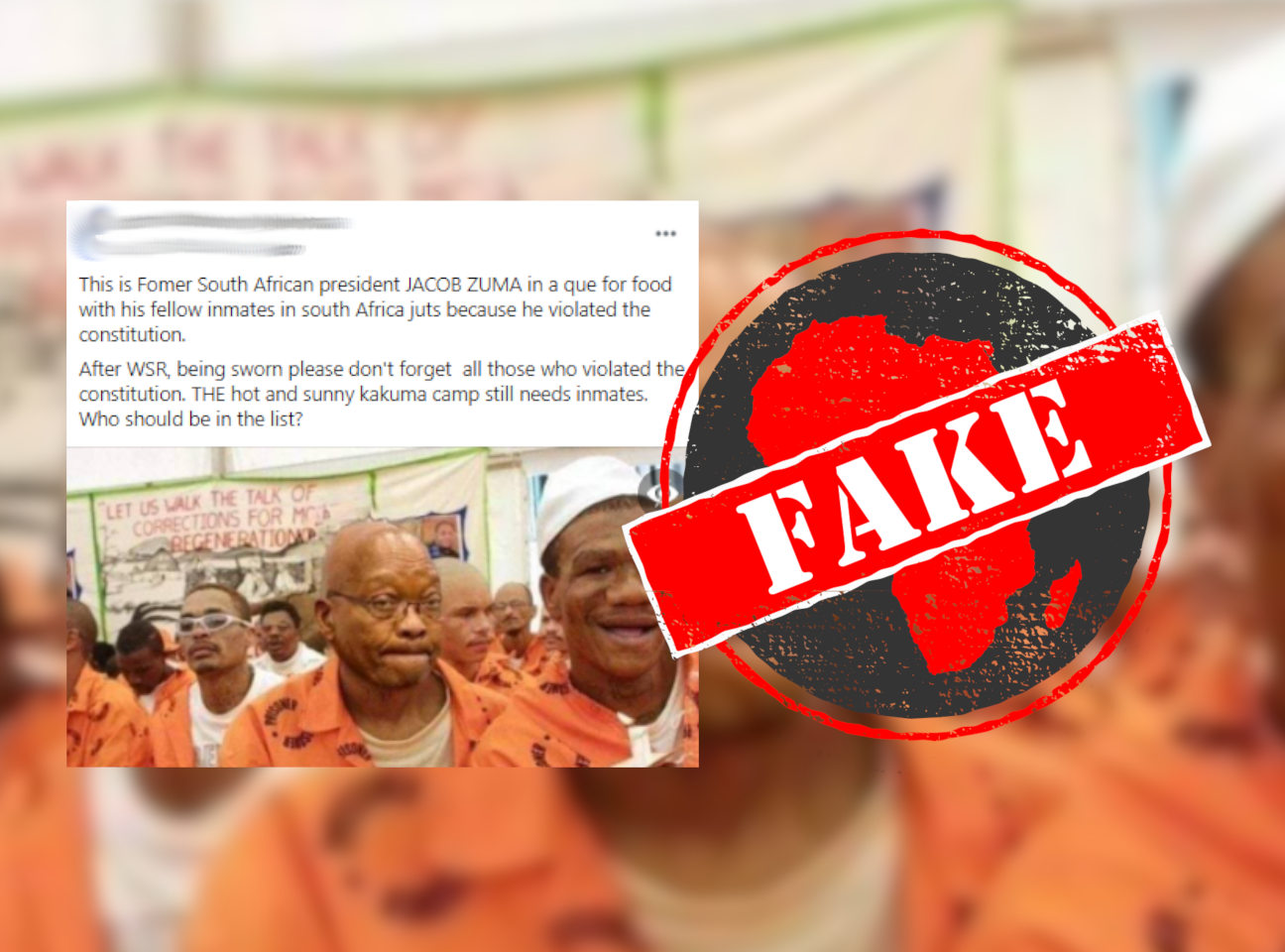 A reverse image search led us to the original photo on the AFP website. Zuma is not in it.

It was first published on 12 October 2002 and shows prisoners in Pollsmoor Prison in Cape Town, during a visit by a government official.

The version in circulation on social media has been manipulated, with Zuma’s head superimposed on the original.

Photos of Zuma on the night he handed himself over to correctional services were leaked shortly after. Prison authorities condemned this and said the photos had been “stolen”. No photos of Zuma in prison or wearing orange overalls have been made public.