“I will personally support the Deputy president of Kenya @WilliamsRuto in the next years election,” reads a screengrab of what seems to be a tweet by former US president Donald Trump.

The tweet shows the @readDonaldTrump handle and Twitter’s blue verification tick, meant to indicate that an account of a prominent person is genuine. It’s dated 23 July 2021.

The screengrab also shows an apparent reply from William Ruto, Kenya’s deputy president: “Am so glad the whole world can see how we are transforming our great nation with wheelbarrows.” It was posted on a public Facebook group page with more than a million followers.

Kenya is set to hold its next general election on 9 August 2022. In his campaign for the presidency, Ruto has often donated wheelbarrows, claiming it’s a way to create self-employment for young people. 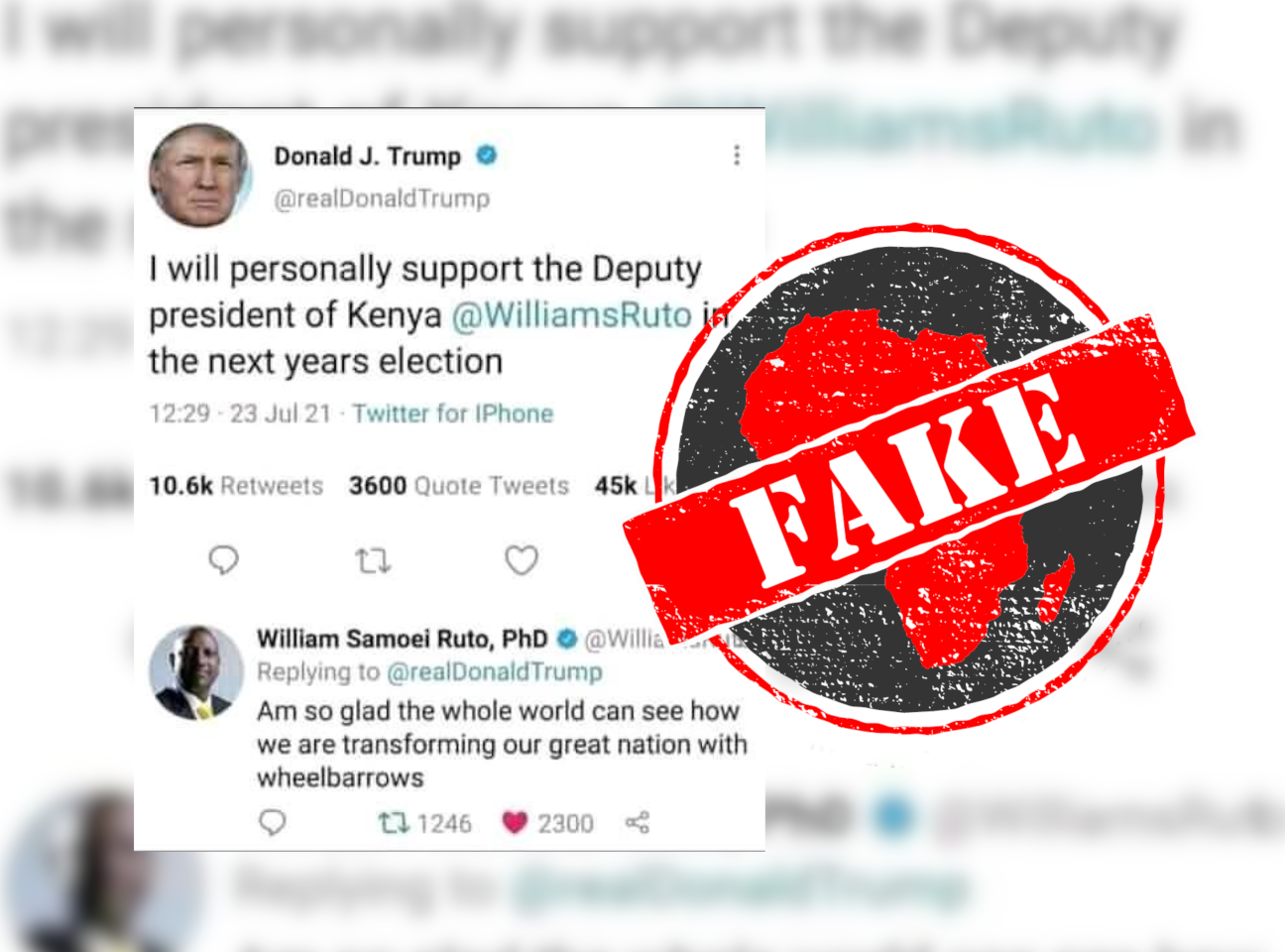 Some elements on the screenshot show that the tweet is not authentic. The label for the device used to post the tweet incorrectly uses a capital I to spell iPhone.

The time on the screengrab does not specify if it was posted before or after midnight the way genuine tweets do.

And such a tweet by Trump would have been reported by Kenya’s media. It hasn’t been. More than this, the tweet can’t be found on Twitter.