This translates as: “Kenya is for us all. Your dad tricked our dads, but we won’t allow a drunkard to trick our kids. Many women have given birth, not just your mother.”

The quote appears to target the current president, whose alcohol habits are subject to public speculation. His father was Kenyan president from 1963 to 1978.

The graphic has the logo and branding of the People Daily newspaper and a photo of Kabogo, who served as Kiambu county governor from 2013 to 2017.

Kabogo seeks to reclaim the governor’s seat on the Tujibebe Wakenya Party ticket in the August elections.

The quote appears to be directed to the rival Azimio la Umoja coalition led by Raila Odinga and Kenyatta. But is the graphic genuine? 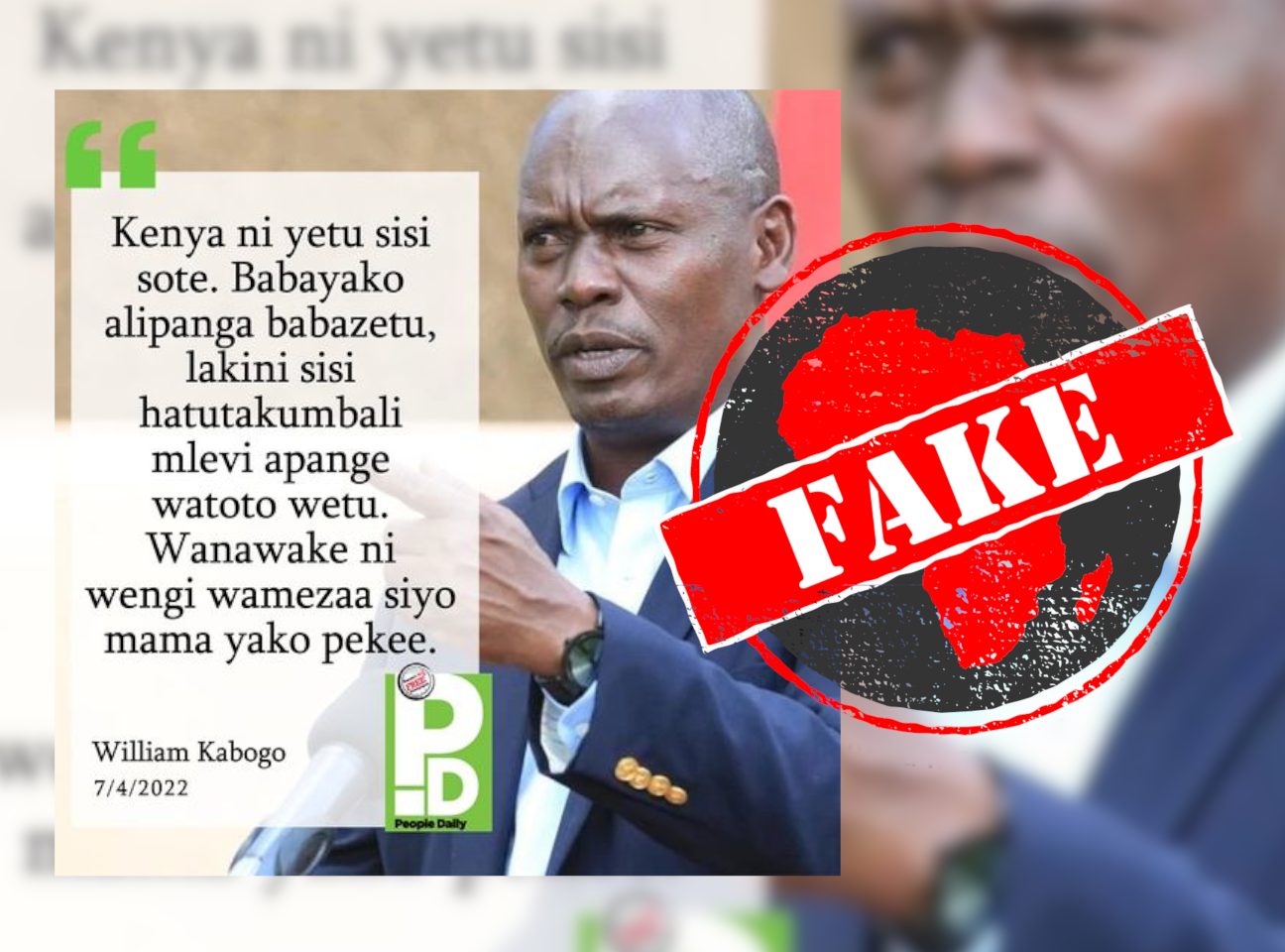 We checked People Daily’s social media platforms but could not find any evidence that it posted the graphic.

On 7 April, People Daily posted a “fake news alert” on its official Facebook account, with the graphic stamped “FAKE”.