A screenshot circulating on Facebook since late November 2021 quotes Nigerian minister of humanitarian affairs Sadiya Farouq as saying only northern Nigeria will benefit from a planned government handout to the poor.

“We are only sharing money to the poorest Nigerians in the North because we don’t have poor people in southern Nigeria. They have people outside the country that is taking care of them so we are not going to South Nigeria,” the quote reads. It’s attributed to “Sadiya Farouk”, and the screenshot shows a photo of the minister.

The screenshot appeared days after the Nigerian government announced plans to give up to 40 million of the poorest Nigerians a monthly transport grant of N5,000 each.

Finance minister Zainab Ahmed said the cash transfer will begin from mid-2022, when fuel subsidies are set to be removed in line with the country’s new petroleum law.

The ministry of humanitarian affairs, headed by Farouq, normally implements such cash transfers to the poor. She happens to come from northern Nigeria, as does president Muhammadu Buhari.

Did Farouq really say southern Nigeria will be excluded from the cash transfer because there are no poor people there? 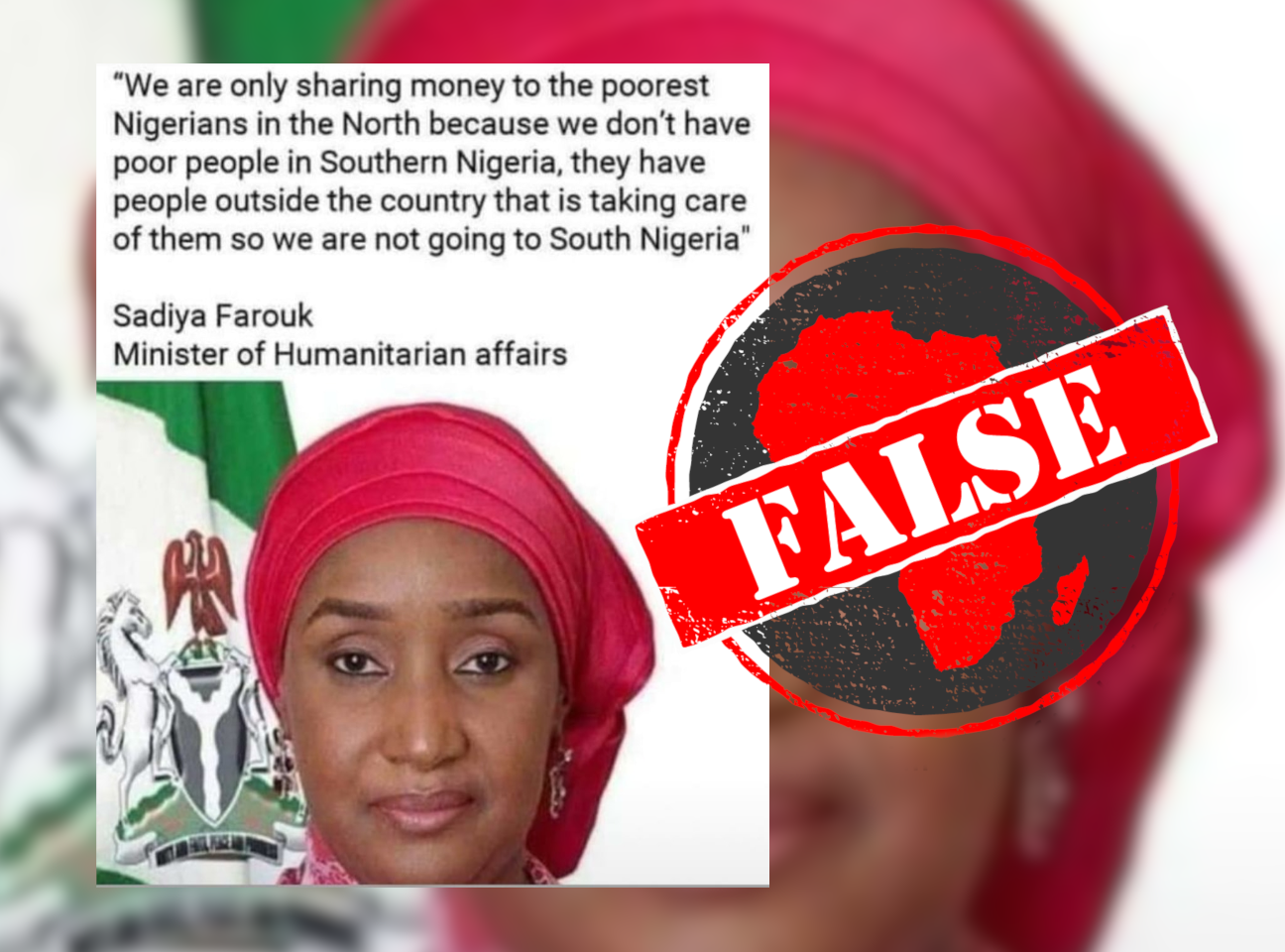 No evidence Farouq said this

First, the quote is poorly written, with Farouq’s name misspelled as “Farouk”. This careless and casual language is unlikely in a government minister.

Second, such a divisive statement would grab headlines. But the quote hasn’t been reported by any credible media organisation. And there’s no sign of it on Farouq’s verified Facebook and Twitter pages, or on the humanitarian affairs ministry’s Facebook page.

Third, the Conditional Cash Transfer programme run by Farouq’s ministry includes beneficiaries from every state in both northern and southern Nigeria. These beneficiaries are captured in the country’s social register.

National Bureau of Statistics data also shows there are poor people in all states of the federation, including the 17 states of southern Nigeria.

Finally, on 2 December the ministry posted the screenshot – stamped “FAKE” – on Facebook, with a simple message: “Please disregard. #FakeNews”.