An image of a crowd at a rally, apparently for Kenyan deputy president William Ruto, was circulating on Twitter and Facebook in late January 2022.

A woman in the crowd is circled in red and captions to the image claim she is Kenyan legislator Wangui Ngirici.

Ngirici represents Kirinyaga county in the Kenyan national assembly and is running for governor in the country’s August 2022 election.

In December 2021 Ngirici announced that she was leaving the United Democratic Alliance (UDA), to run as an independent candidate. Ruto is the leader of the UDA.

One caption to the image reads: “Is this Ngirici in the crowd? The Hustler Nation is the only home. Don't be deceived by Kieleweke orphans.”

But was Ngirici really seen at a Ruto rally? 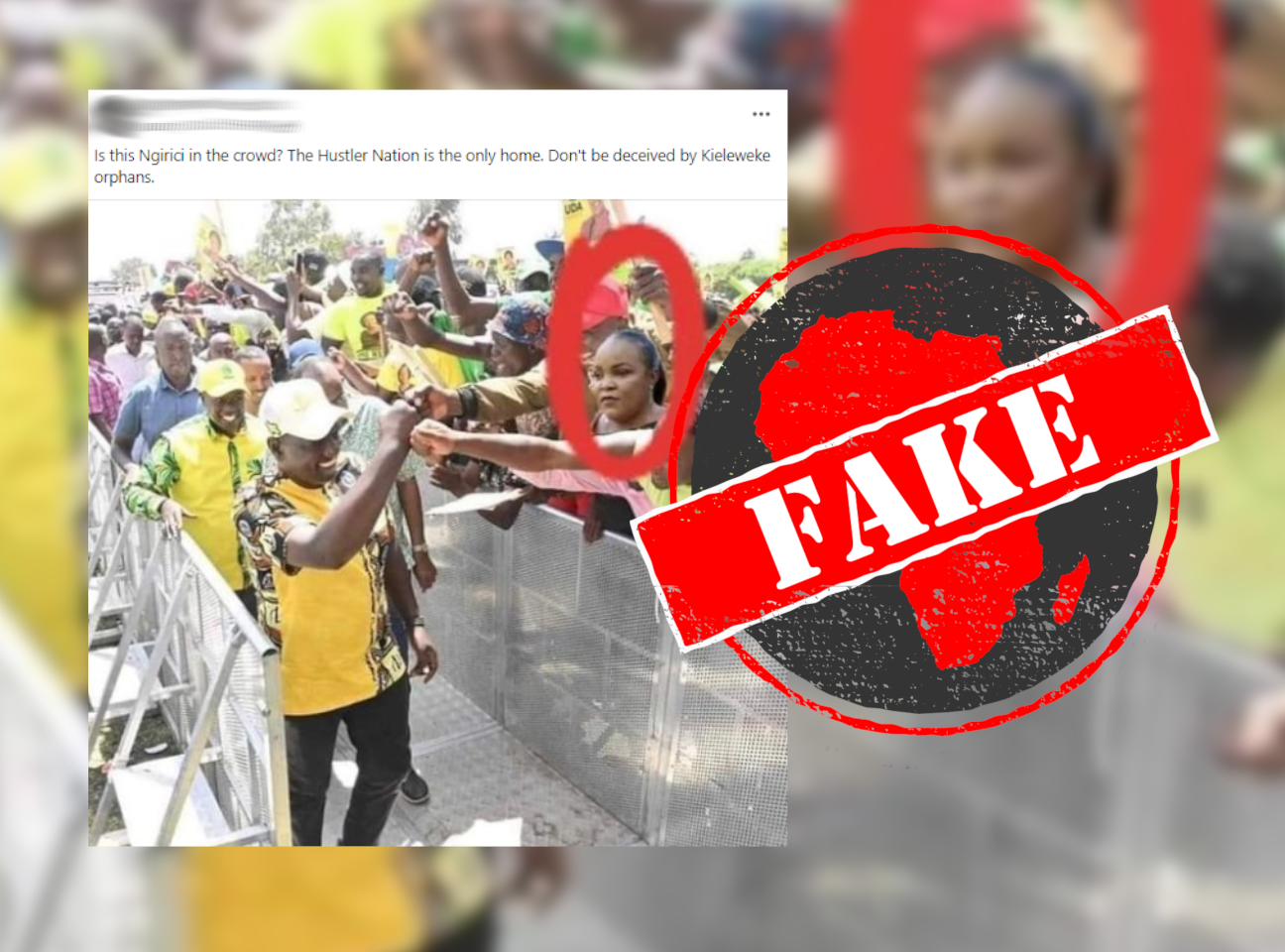 A Google reverse image search revealed that the image has been digitally manipulated.

We found the original photo published in an article on the Correspondent Africa news website on 30 January 2022. And it does not show Wangui Ngirici – she has been photoshopped into the version shared on social media.

The original photo is captioned: “Deputy president Willian Ruto greeting a section of the crowd that attended a rally at Kirinyaga county.” There is no evidence Ngirici was among the crowd.