No, infectious disease expert Dr Tony Fauci has not been ‘indited’ – ‘jury’ and process not legally recognised

Dr Anthony Fauci is the director of the US National Institute of Allergy and Infectious Diseases and chief medical adviser to US president Joe Biden.

Fauci is a leading infectious diseases expert and has advised seven US presidents on HIV/Aids, but he has become especially well-known internationally since leading the US response to the Covid-19 pandemic, often clashing publicly with former president Donald Trump.

But a video shared on social media suggests that Fauci has been indicted by a grand jury, for alleged crimes related to his handling of the Covid-19 pandemic.

Indictment is a term mostly used in US law, and is a formal accusation that someone has committed a crime, usually handed down by a jury.

How accurate is the video? Has Fauci really been charged with crimes, and what consequences might he face as a result? 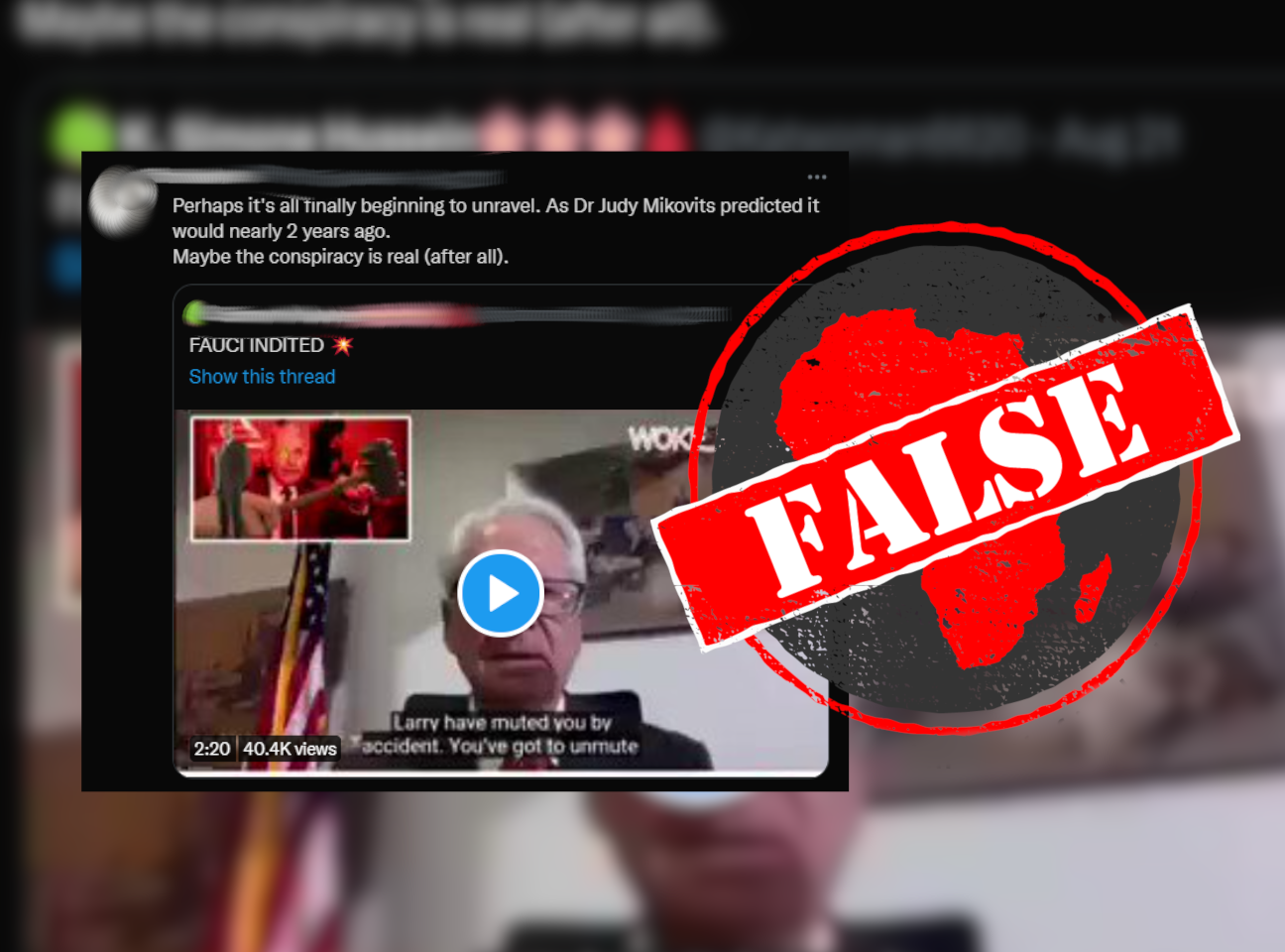 The video shows a man speaking directly to the camera. He is Larry Klayman, a US lawyer described by the Southern Poverty Law Center as a “pathologically litigious attorney”.

Klayman is known for his conspiratorial beliefs and for filing many lawsuits on what are considered frivolous legal grounds, which he has called “testing the limits of the law.”

Klayman’s many lawsuits have resulted in his banning from appearing before a judge in the state of New York, and in his licence to practice law in Washington DC being briefly suspended. And in July 2021 Klayman “indicted” Fauci on behalf of a court with no legal authority.

Citizens Grand Jury is an unofficial jury formed by Klayman in 2012 in order to “mete out justice” against US politicians, in particular the administration of former president Barack Obama. Klayman falsely claimed Obama was a Muslim born outside of the United States.

The jury “indicted” Obama in October 2012 and “convicted” the then president in September 2013 of “of lying to the American people about his birth certificate”. The jury also sentenced Obama to 10 years imprisonment.

But the jury is not recognised by the US state and does not have any legal authority to enforce its sentences. Obama did not serve time in prison, and remained president until 2017, when he was succeeded by Trump.

The jury also has no legal authority to enforce any ruling reached as a result of Klayman’s indictment of Fauci.

The video of Klayman was shared to Twitter with the caption “Fauci indited”. And this was retweeted by former medical doctor Tim Noakes.

Noakes is an emeritus professor of exercise science and sports medicine at the University of Cape Town and the author of several exercise and diet books. He is an outspoken proponent of a low-carbohydrate-high-fat diet.

Noakes captioned the video: “Perhaps it's all finally beginning to unravel. As Dr Judy Mikovits predicted it would nearly 2 years ago. Maybe the conspiracy is real (after all).”

Mikovits is a discredited former medical doctor who has made many false claims about Covid, including that face masks make people sick and being indoors weakens the immune system.

Mikovits also testified before Klayman’s “jury”, and it was in part based on her testimony that Klayman delivered his “indictment” of Fauci.

This is not the first time Noakes has shared misinformation. As early as 2014, Noakes tweeted a link to a video supporting the false and thoroughly debunked claim that vaccines cause autism.

Noakes has continued to spread misinformation during the Covid-19 pandemic.

Klayman’s “indictment” carries no legal weight, and the claims of Mikovits and others have been repeatedly debunked. Ignore any posts on social media suggesting otherwise.