On 27 December 2021, research and consulting firm Infotrak released the results of its Voice of the People Poll, which measured the popularity of presidential candidates in Kenya’s upcoming elections.

But the popularity of Odinga’s Orange Democratic Movement is at 32%, below the 33% for Ruto’s United Democratic Alliance. Kenya’s elections are set for 9 August 2022.

On the day the results were released, a statement on what appears to be Infotrak’s letterhead started circulating on Facebook and Twitter – declaring the poll to be fake.

“Our attention has been drawn to an opinion poll report circulating in various social media platforms purportedly released by Infotrak Research and Consulting on ‘the support for the proposed referendum and the popularity of certain presidential contenders’,” it reads.

“We wish to clarify that Infotrak has NOT released any opinion poll on these matters. As a professional and reputable research agency and pollster, Infotrak has a clearly defined procedure for the release of its opinion polls which is followed to the letter.”

The statement appears to have been signed by Raphael Mulwa, Infotrak’s “general manager”.

But did the research company really release this statement? We checked. 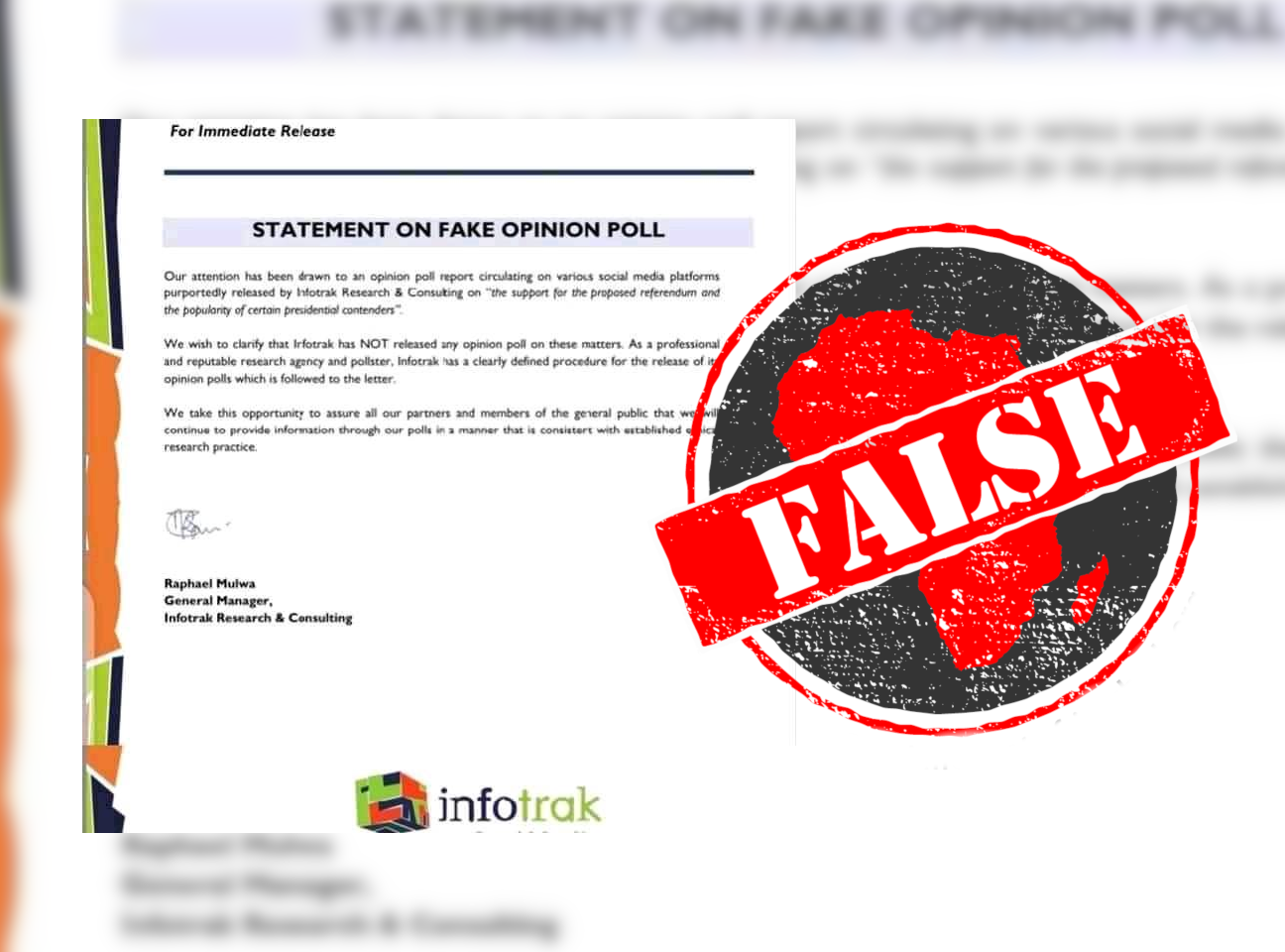 Poll on Infotrak platforms and covered by media

The first indication that the statement is not authentic is that Infotrak posted the poll results on its verified Twitter account and on its website on 27 December.

Credible media outlets ran the poll results both on their websites and during broadcast.

Further, Mulwa is not Infotrak’s “general manager”. His title is the “Public Policy and Governance Research Division Manager”.

We are not in any way responsible for this. Fake post #infotrakpoll pic.twitter.com/keuH9iOZzj

“We are not in any way responsible for this. Fake post #infotrakpoll,” it tweeted.