No, International Criminal Court did not issue statement on Kenya in January 2022 – ‘press release’ fabricated

An image shared on Facebook looks like a press release from the International Criminal Court (ICC) and warns of “alarming political statements and incitement to violence” in Kenya.

The document is dated 18 January 2022 and refers to an incident in which Kenyan senator Mithika Linturi used the phrase “madoadoa” – Kiswahili for “spots”. Linturi is the senator of Meru county, northeast of the capital Nairobi.

The document reads as though it could be a genuine response to Linturi’s statement. But is it? 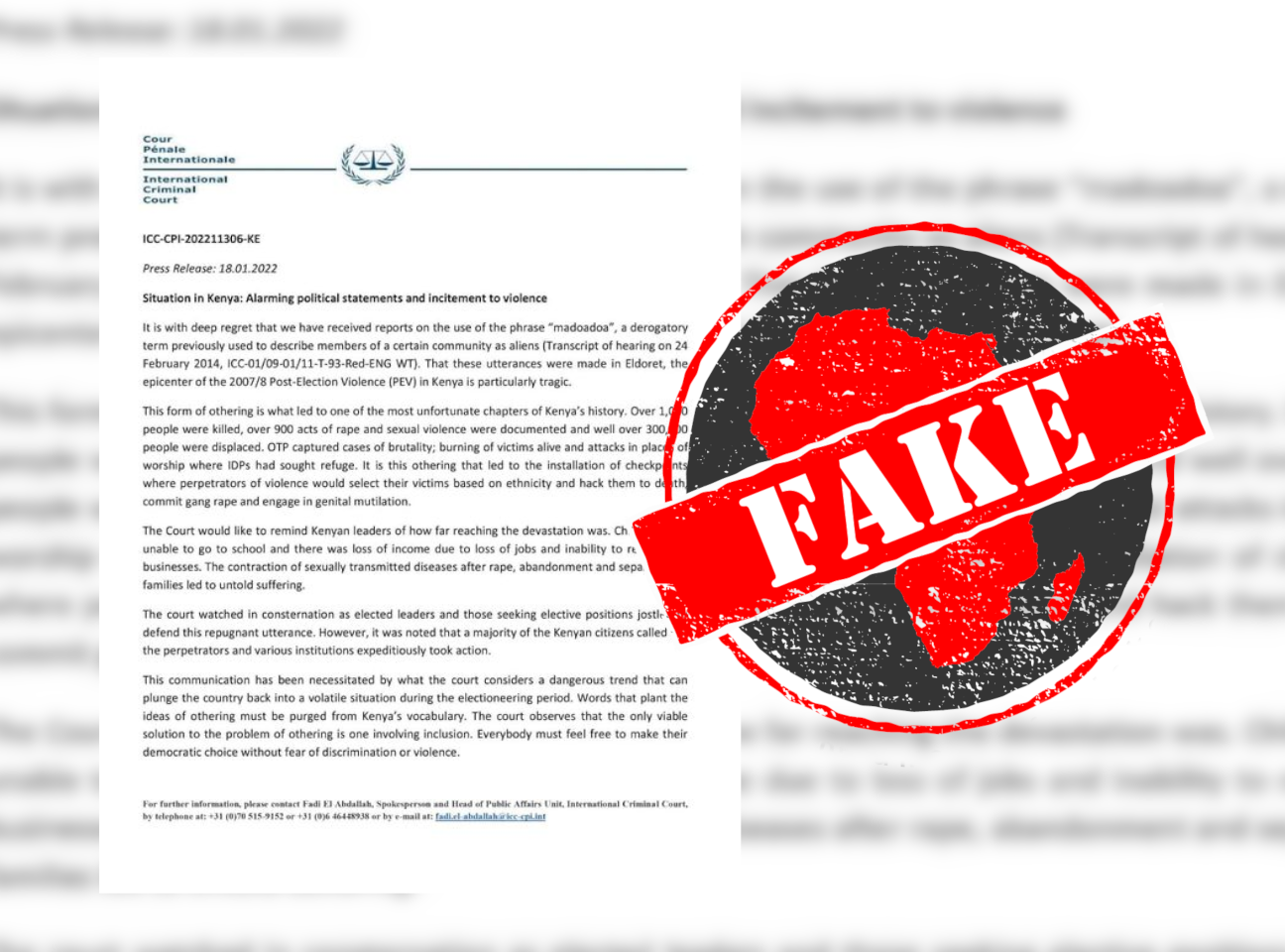 “Madoadoa” is a term used as a political dog-whistle in Kenya to refer to “outsiders”, “foreigners” or non-indigenous communities. The use of the term has previously led to the displacement of people from their homes during political and ethnic clashes.

Linturi used the term on 8 January while speaking at a political rally hosted by the Kenyan deputy president William Ruto in Eldoret in Uasin Gishu county, northwest of Nairobi. The senator quickly apologised. However, he was arrested on 10 January after wide condemnation.

The press release attributed to the ICC is titled: “Situation in Kenya: Alarming political statements and incitement to violence.”

It mentions “deep regret” at having “received reports” of “the use of the phrase ‘madoadoa’” and says that “these utterances were made in Eldoret, the epicentre of the 2007/8 Post-Election violence (PEV) in Kenya is particularly tragic”.

Kenyan leaders previously charged by ICC but no January 2022 condemnation

Kenyan leaders were charged at the ICC for masterminding the 2007/08 election violence. Because of this, statements from the court, which prosecutes individuals accused of genocide, war crimes, and crimes against humanity, are closely watched in the country.

We reached out to ICC spokesperson Fadi El Abdallah to confirm whether the statement was authentic.

“That statement was not issued by the ICC and, as you can also check, it is not on our website,” he told Africa Check.