“Biafra is due to stand as a Nation,” reads a quote attributed to Israel’s former prime minister Benjamin Netanyahu, in a graphic posted on Facebook. The graphic shows a photo of Netanyahu, and a logo reading “BY NEWS” at top left.

Biafra was a region that roughly correlates with Nigeria’s south-east geopolitical zone today. In May 1967, Biafra declared its independence from the rest of the country. A civil war followed, ending in January 1970 with Biafra’s defeat.

There are continued calls for Biafran independence, most notably by the Indigenous People of Biafra secessionist movement.

But has the former prime minister of Israel publicly called for Biafra’s independent nationhood? 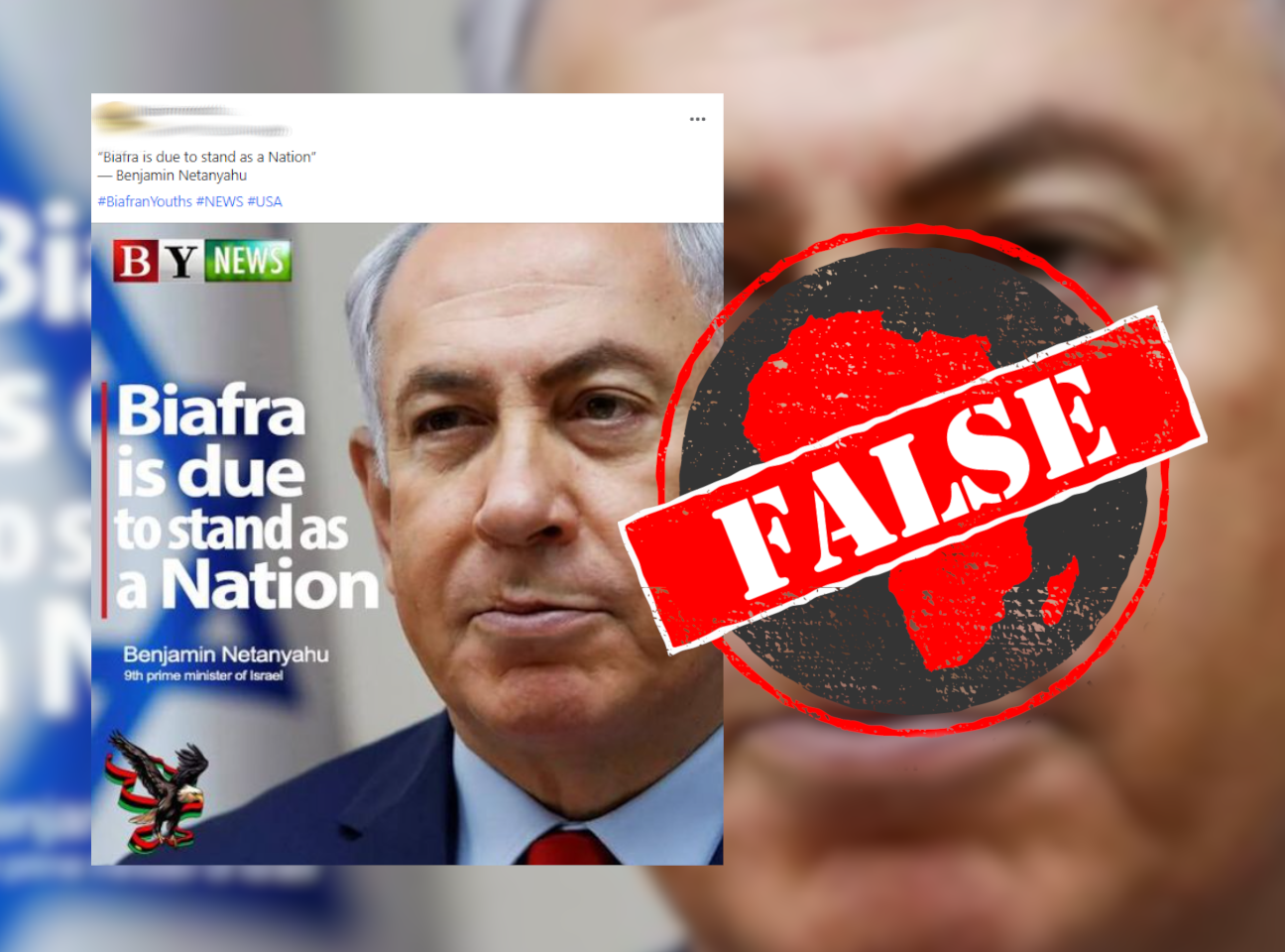 No reports, no headlines

We found no evidence that Netanyahu said this. There are no official reports or statements from Israel in which he calls for Biafra being “due to stand as a nation”.

If Netanyahu had come out in support of Biafra’s independence, it would have made headlines. There are none.

Africa Check has fact-checked a similar post claiming that Netanyahu had said Biafra would take over from Nigeria as the giant of Africa.

Another claims the US, Russia, Israel and France “approve” Biafra’s separation from Nigeria. We found no evidence of that, either.