No, Jackie Chan not dead - another harmful celebrity death hoax

Hong Kong and Hollywood action movie star Jackie Chang has died, according to a claim doing the rounds on Facebook in South Africa and elsewhere.

Celebrity death hoaxes are harmful to friends, family, and fans – and the celebrity. They also sow distrust in social media and have been used as clickbait and phishing scams.

Has Chan died? We investigated. 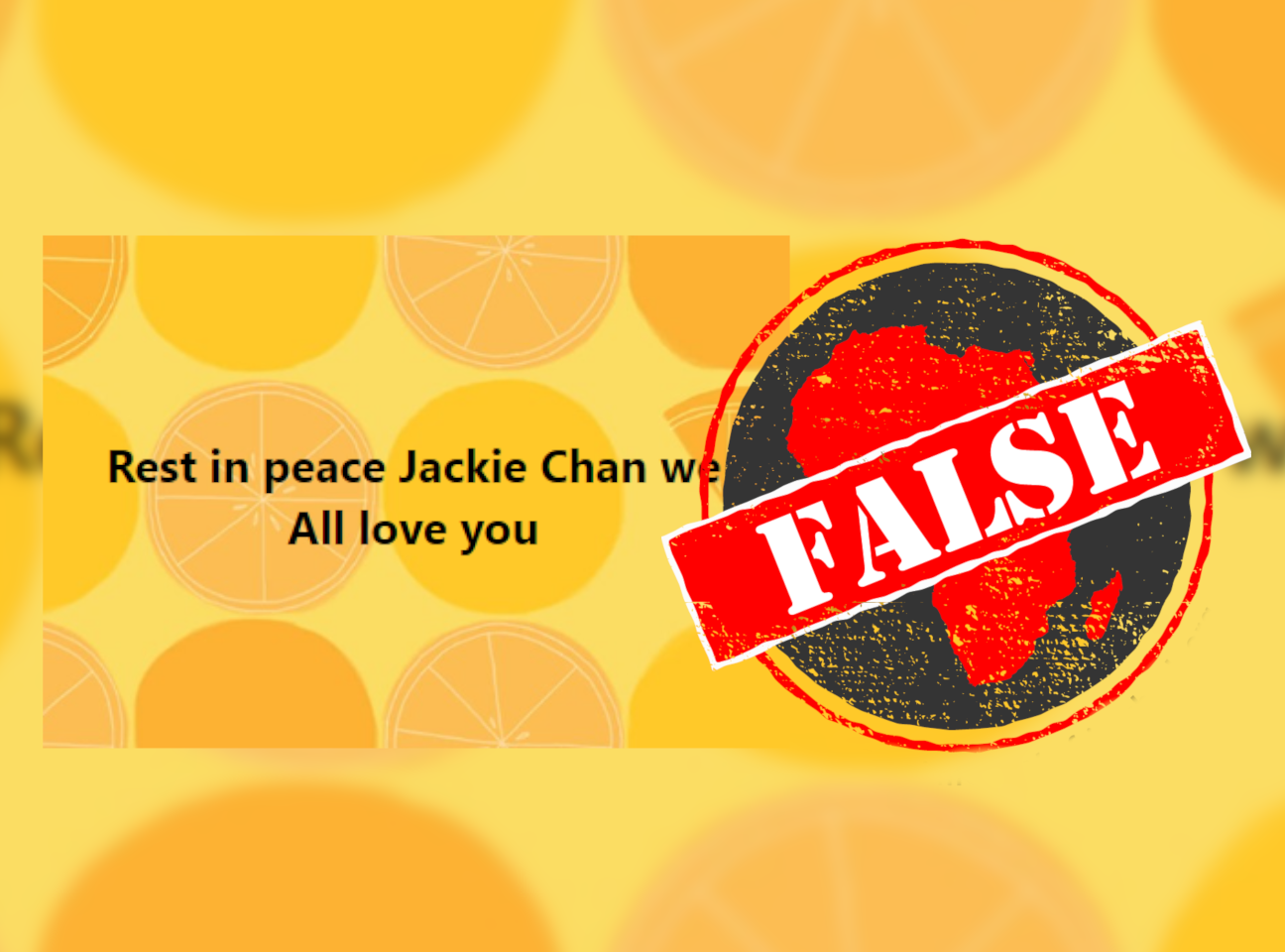 There’s no evidence for the claim. Chan’s death would have been widely reported by media outlets across the world. There’s no news of it.

And Chan was posting on social media after the hoax messages about his death started circulating.

Africa Check has debunked several celebrity death hoaxes, with some celebrities dying more than once.

This is not the first time Chan has reportedly died. The actor was first pronounced dead by Twitter users in March 2011 and again in August of that year.

Chan was then reported dead in 2015. Again the actor took to Facebook to dismiss the hoax.