In what seems to be a screenshot of a tweet, circulating on Facebook in November 2021, Kampala deputy mayor Doreen Nyanjura appears to urge students at Uganda’s Makerere University not to vote for National Unity Platform candidates in an election for guild president.

Kampala is the capital of Uganda. The National Unity Platform (NUP) is a major Ugandan opposition party, led by the charismatic musician Bobi Wine.

“Gallant Makerereans, we either vote for Obeid Kamulegeya Yahaya or the NRM candidate but not these NUP hooligans,” the tweet reads, under Nyanjura’s Twitter handle. It’s been posted here, here, here and here, and shared dozens of times on Facebook.

The NRM is the National Resistance Movement which, led by president Yoweri Museveni, has ruled Uganda since 1986.

Nyanjura represents the Kampala City Council Authority in the Makerere University Council, the university’s top organ. She is not a member of the NRM, has been associated with another opposition party, the Forum for Democratic Change, and in 2012 was jailed after publishing a book critical of Yoweri’s party.

But did Kampala’s deputy mayor really post a tweet urging students to vote for the ruling party candidate, and not “NUP hooligans”? We checked. 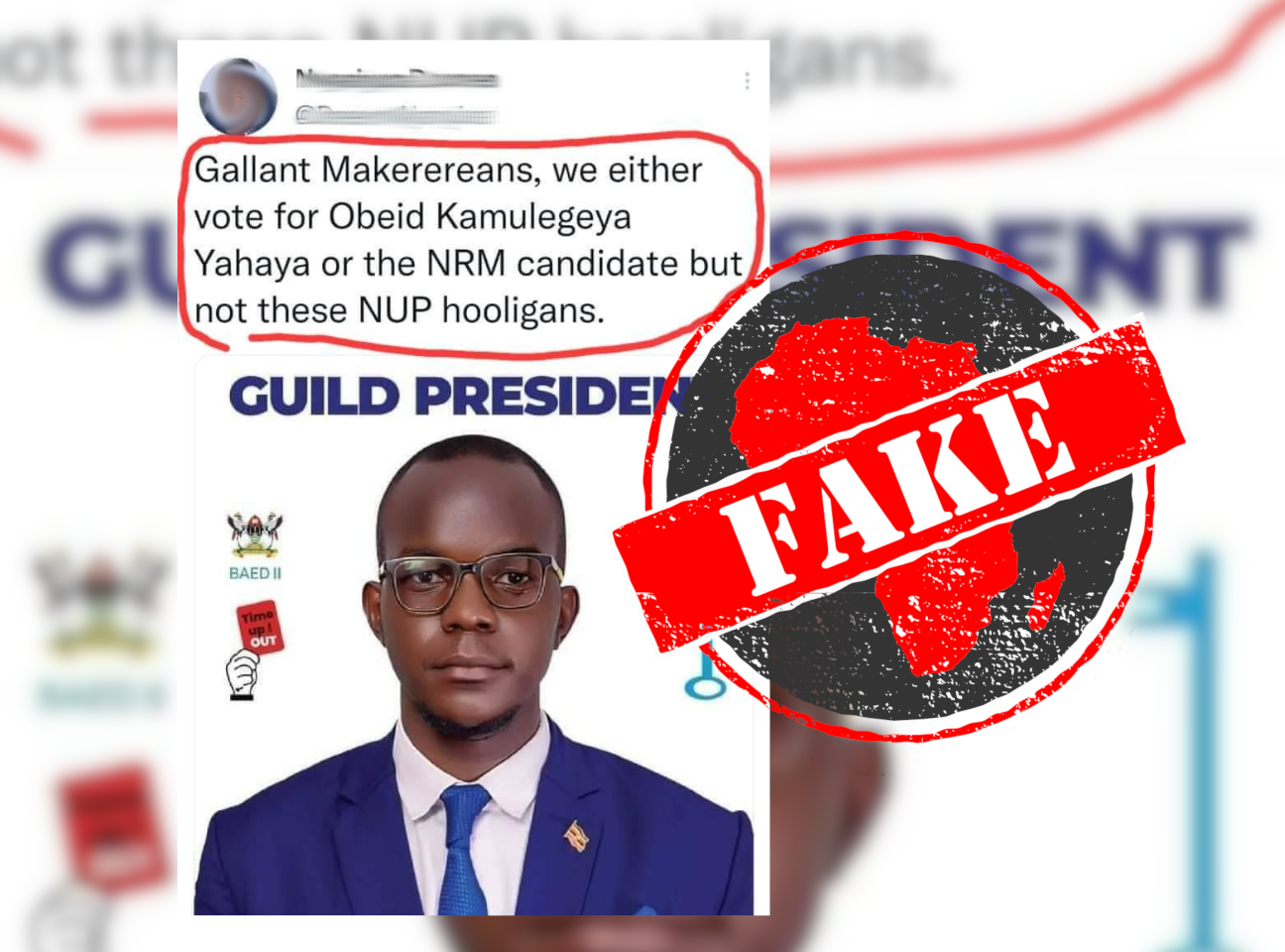 This is fake News. It deserves nothing but contempt. pic.twitter.com/JNhcqlpUcJ

She also posted a longer message on Facebook, saying she had been “attacked, abused, insulted, blackmailed and even threatened with an impeachment” since the fake tweet first appeared.

She attached different versions of the tweet, and pointed out signs of fakery, such as manipulated timestamps.

“I am increasingly getting tired, nauseated, disgusted by threats and blackmail from fellow 'change seeking forces',” she wrote.

She ended the message by congratulating Nambassa on his election.