Text on the poster reads “Karua for deputy president” and “Ruto for president”. It shows the logos of Narc Kenya and Ruto’s United Democratic Alliance (UDA). The poster began circulating online in 2021 but resurfaced in January 2022.

Although candidates have not been officially announced, Ruto is thought to be running for the presidency under the UDA party ticket in the general elections scheduled for August. Despite some speculation about his running mate, he is yet to pick one.

On 2 February, Narc Kenya entered an agreement with the One Kenya Alliance to work together for the upcoming polls.

Karua has announced that she will be vying for the Kirinyaga county governor’s seat.

But is she now running with Ruto for the deputy presidency? Is the poster legit? We checked. 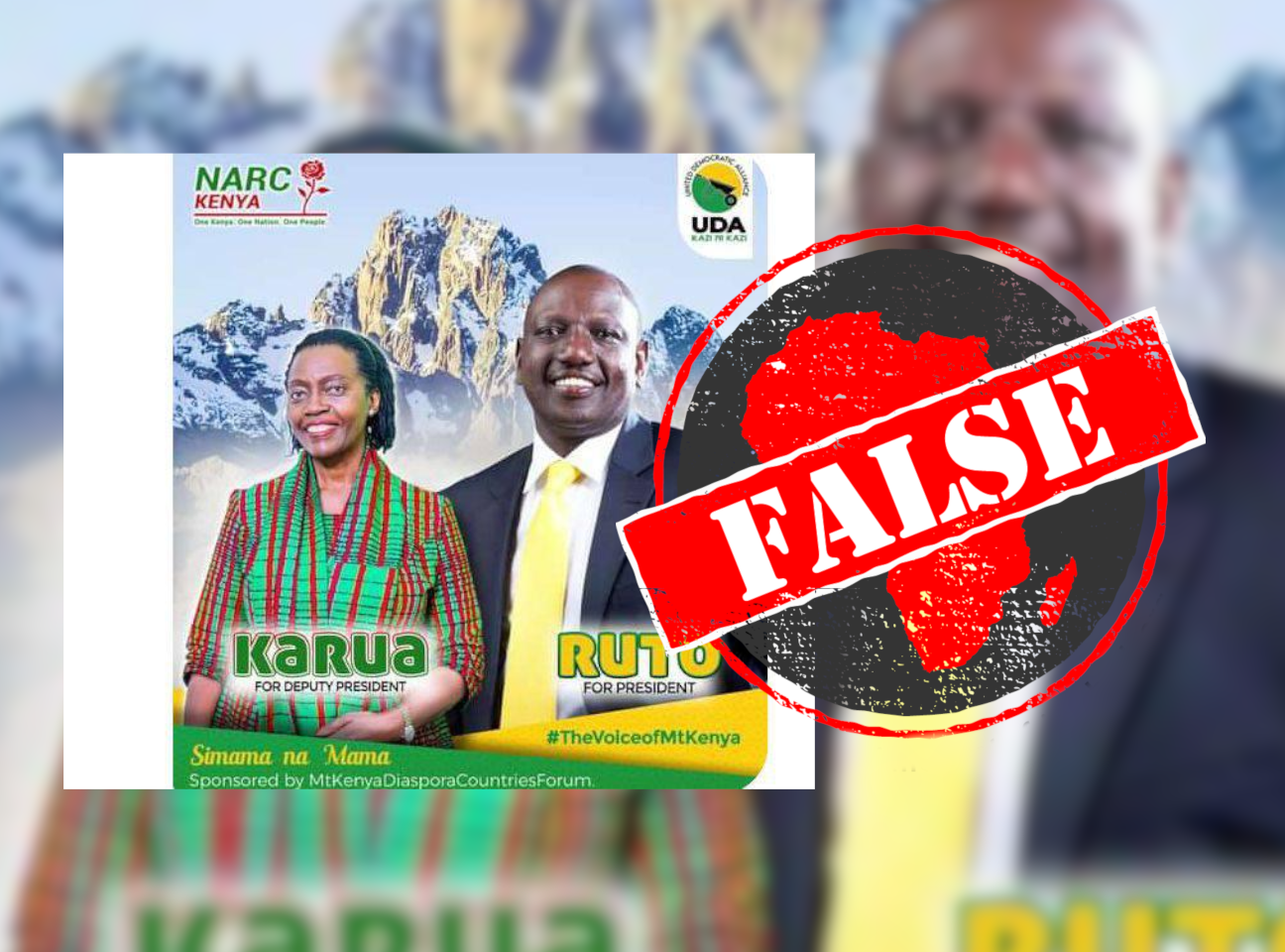 On 25 January, a user shared the poster on Twitter, captioned: “If this happens the iron lady @MarthaKarua will be no different! THEFT & DECEIT!”

Karua dismissed the poster with one word. “Fake,” she tweeted.