A screenshot of what seems to be a Facebook post by Kenyan opposition politician Babu Owino has been going viral since early April 2022. It accuses former comedian and radio personality Felix Odiwour, known as Jalang’o, of working for a rival party.

Owino is a member of the Orange Democratic Movement (ODM) and MP for the Embakasi east constituency in Nairobi county. In 2021 Jalang’o resigned from radio to join the ODM and vie for the Lang’ata constituency seat, also in Nairobi.

“This boy called Jalang’o from Sugoi has been a mole in our camp, he’s been leacking our plans and strategies to our opponents thinking we don’t know,” the screenshot reads.

“Thank you Baba Jakom for smoking him out, let him be given a wheelbarrow by his pay master. We don’t need comedians in Azimio.”

Kenya’s next general election is set for August. The main contenders for the presidency are deputy president William Ruto, leader of the United Democratic Alliance (UDA), and ODM leader Raila Odinga.

Sugoi village in Uasin Gishu county is the deputy president’s rural home. The UDA’s party symbol is a wheelbarrow.

Azimio la Umoja (“declaration of unity” in Kiswahili) is a coalition of political parties headed by the ODM’s Odinga.

The screenshot has Facebook’s blue verification badge next to Owino’s name. But did the legislator really post this? We checked. 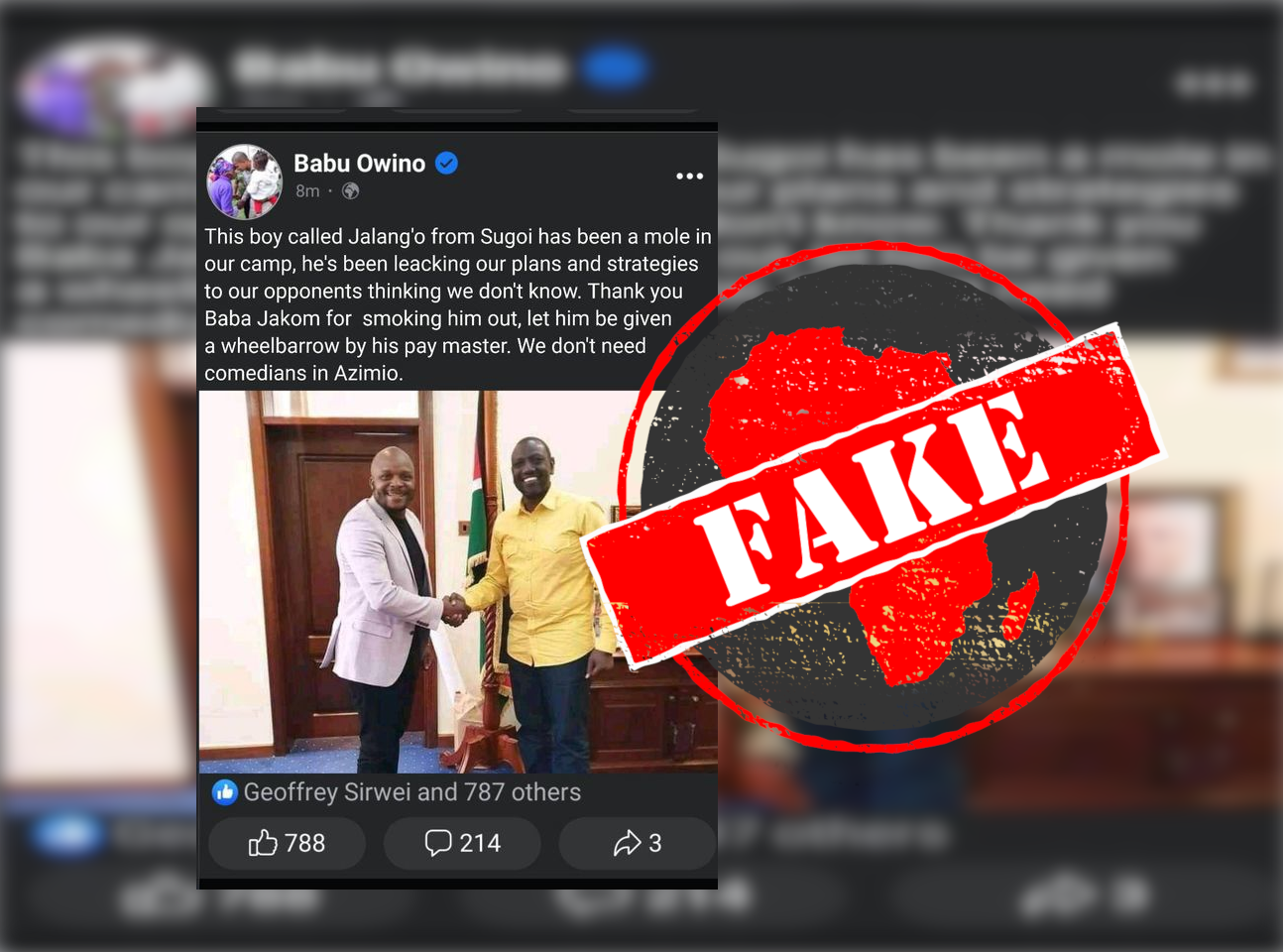 No evidence of message

On 9 April, Owino posted the screenshot on Facebook, stamped “fake”.

He captioned it: “This is pettiness from UDA. FAKE.”