“Mt Kenya voters are brainless dogs who will only eat your money while their votes are destined for someone else, No wonder they keep getting killed after every election,” reads the quote.

The graphic, posted on 23 February 2022, shows a photo of Sudi and the logo of Kenyans.co.ke, a digital news outlet, implying it was published by them.

“Mt Kenya” when used in a political context in Kenya usually refers to the communities living in the central region of Kenya, specifically the Kikuyu, Meru and Embu.

But did Sudi refer to voters from the central region as “brainless dogs”, accusing them of dishonesty? We checked. 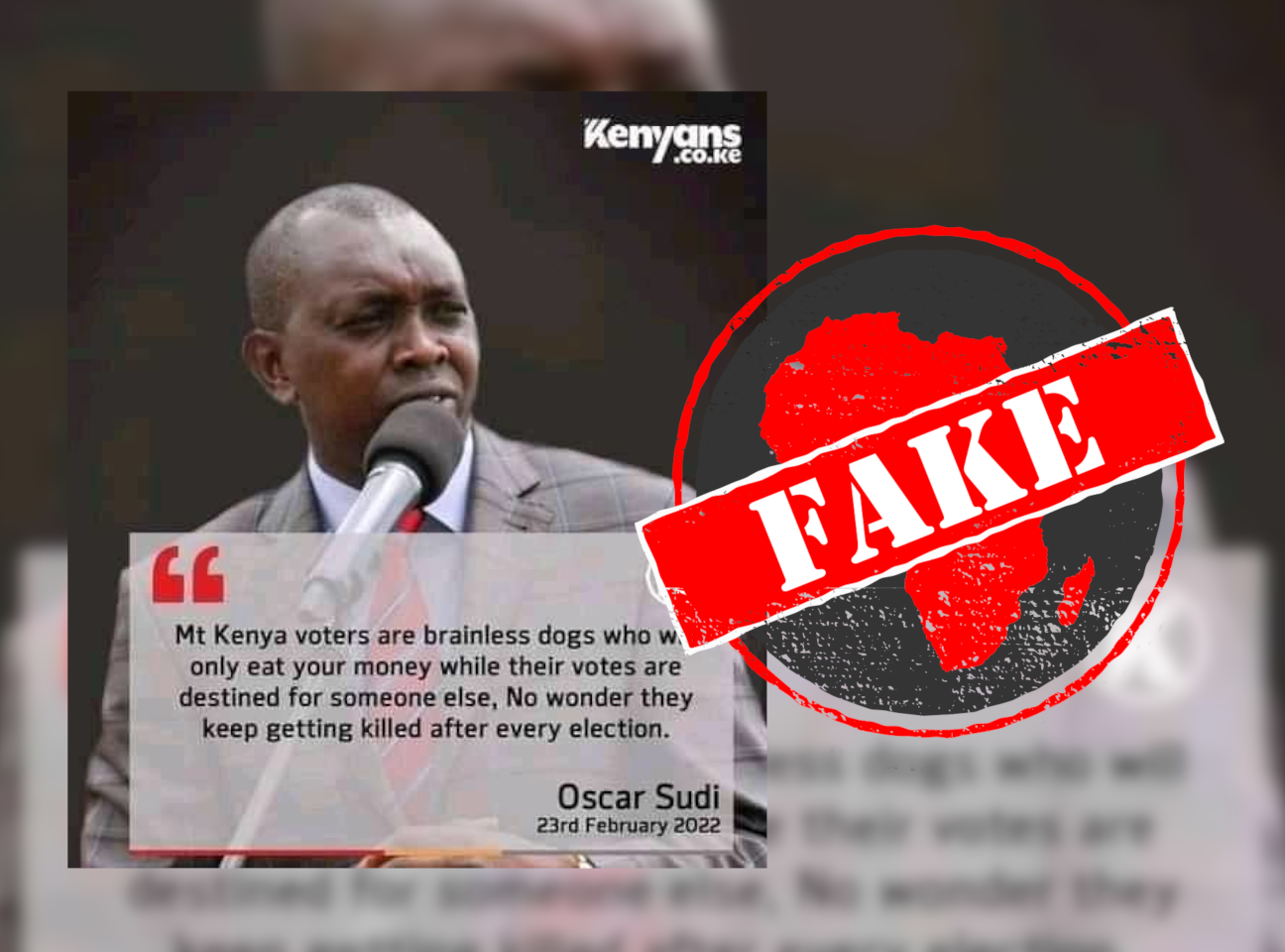 On 23 February, Kenyans.co.ke flagged the graphic as fake.

They wrote, in part: “This post did not emanate from our media house. It does not conform to the in-house branding rules and did not go through the multiple approval checks set in place to prevent misreporting. We, therefore, flag it as FAKE.”

There is no credible source for the quote and the legislator also took to Facebook to call a similar quote fake.

Note: The same quote was shared on social media with the false claim it had been published by the Nation Africa news site. It is equally fake.