A copy of a document posted online appears to show that Kenya’s United Democratic Alliance (UDA) has issued “direct tickets” to political hopefuls, ahead of the party primaries.

The document looks like a statement from the UDA, dated 26 February 2022. It is headed: “National Elections Board’s Statement on Direct Tickets.”

This board is responsible for organising the primaries where the party will select candidates for the country’s 9 August general elections. The primaries are scheduled for 14 April.

The document says that “party leader Dr. William Ruto vouched for consensus and dialogue between aspirants vying for the same position to avoid confusion during UDA party primaries” and “this proposal has received massive support from party members and aspirants, who suggested specific areas and positions that should be exempt from nominations”.

The document was shared here, here and here.

But has the UDA election board really released this statement? 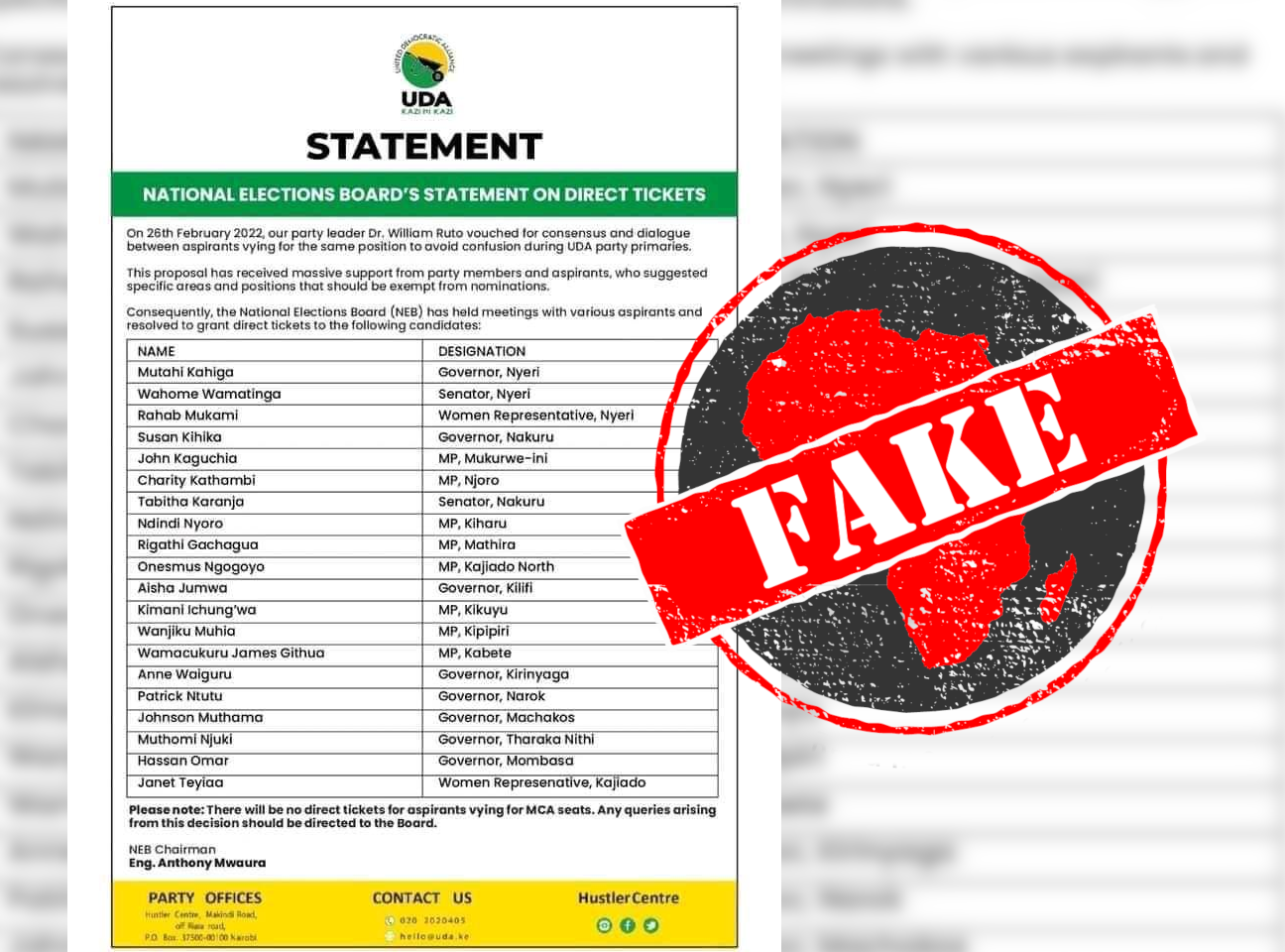 Githae dismissed the statement as “fake” in a text message.

According to the Star newspaper, Bashir said direct tickets would only be issued in areas where there was only one party member vying for the nomination.